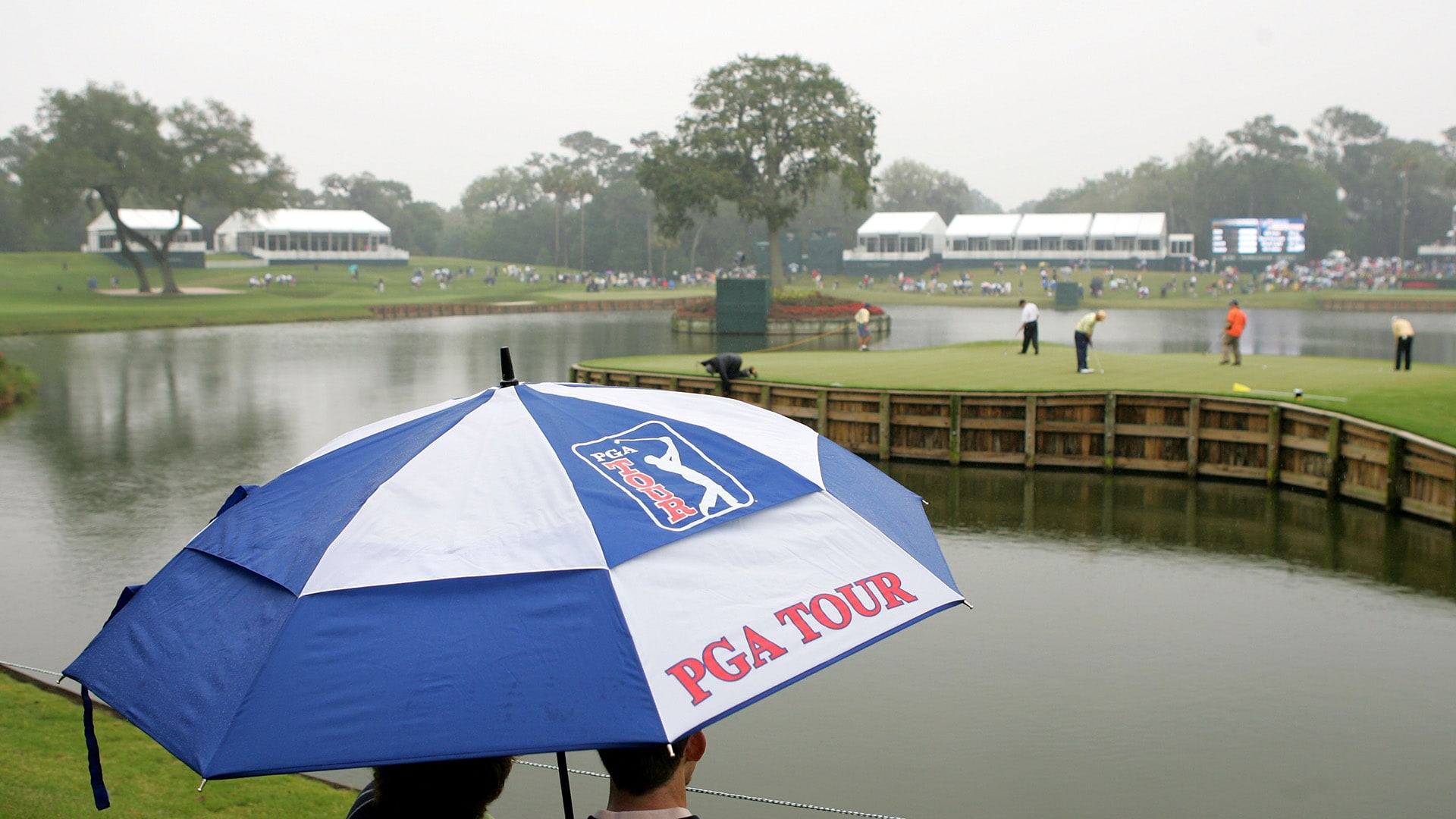 PONTE VEDRA BEACH, Fla. – The Players Championship has concluded in May for the past 12 years, largely under sunny skies and with temperatures pushing into the 90s. Expect that to change this time around.

The PGA Tour’s flagship event is back in March, and the final-round forecast is all sorts of dreary for a field that endured stiffer winds and cooler temps during the third round. According to the official Tour forecast, fans can expect a “steady rain” to develop in the morning and last for much of the day, with the precipitation chances topping out at 80 percent around noon.

But thoughts of a weather-related Monday finish can likely be put to bed. Total rainfall is only expected to be about a quarter of an inch, creating a scene that might be more reminiscent of The Open than The Players.

High temperatures that moved into the 80s early in the week are expected to remain “stuck in the 50s” on Sunday, with a more difficult northern wind gusting up to 22 mph. It’s a recipe for a stern test, as Jon Rahm looks to hold onto a one-shot lead over Rory McIlroy and Tommy Fleetwood.

“Just another challenge. A new challenge,” added Fleetwood, who will join Rahm in Sunday’s final pairing. “We’ll see what tomorrow brings. It is what it is, really. I don’t worry too much about it.”