Teenager Ko one back at New Zealand Womens Open 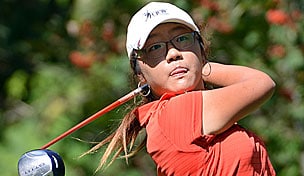 CHRISTCHURCH, New Zealand – Australians Tamara Johns, Nikki Campbell and Sarah Oh each shot 3-under 69 on Friday to lead the 54-hole New Zealand Women’s Open after the opening round.

The Australian trio led three players at 2 under, including the world's No. 1 amateur, 15-year-old Korean-born New Zealander Lydia Ko. American Alison Walshe and Thailand's Nontaya Srisawang were also at 2 under after the first round at the Clearwater Golf Club.

''I definitely could have played better, but the scores aren't that crazy low today,'' Ko said. ''That's because of the wind.''