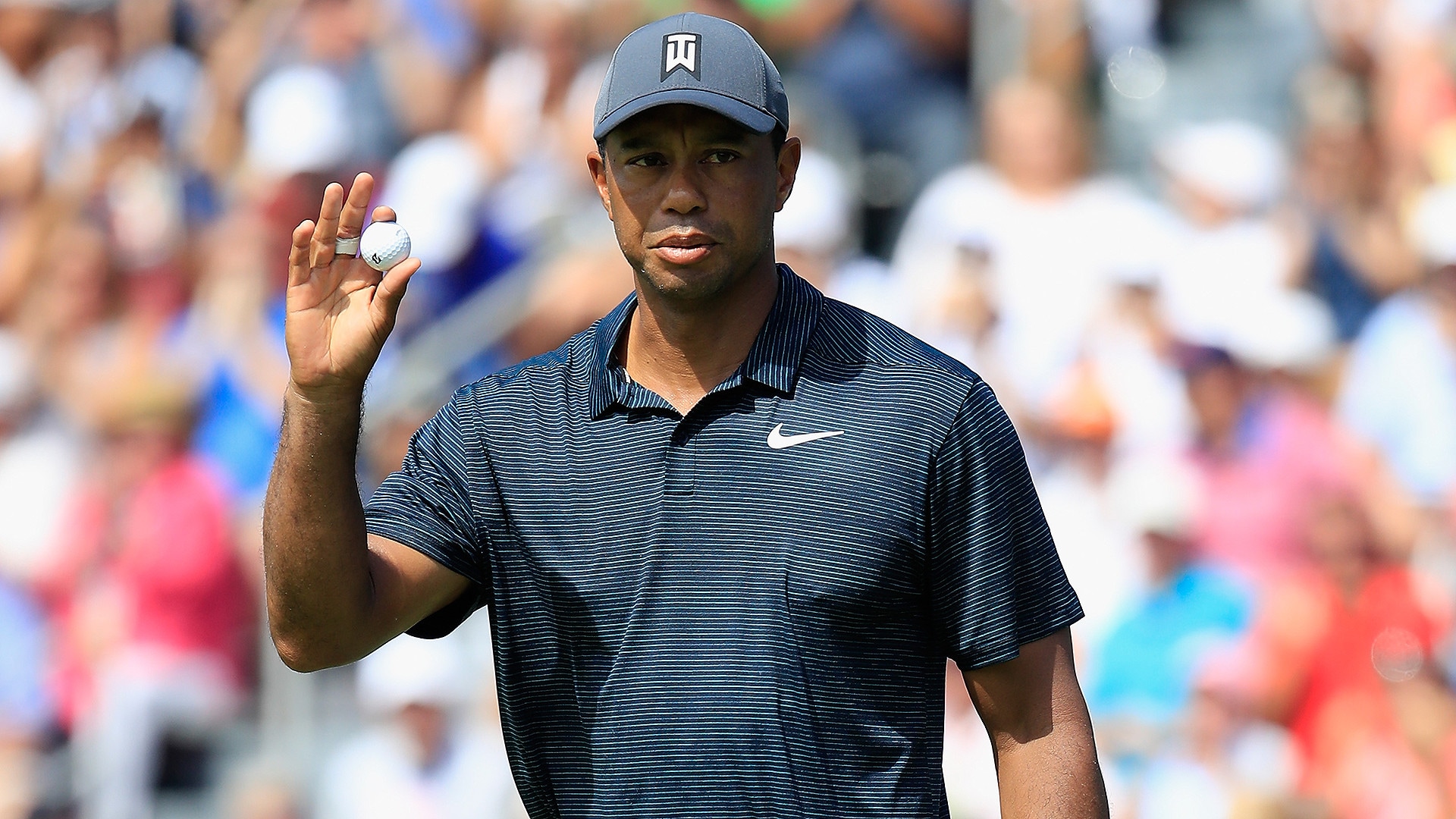 ST. LOUIS – Here are some things I think I think after Tiger Woods collected an opening-round even-par 70 at Bellerive for the 100th PGA Championship, a round that really never looked like it had a chance to be even par:

• Well, that was interesting. And I’m not entirely sure where to begin. The first two holes were absolutely horrendous, with Tiger starting bogey-double bogey. In fact, he had to make a 7-footer to save bogey on the first hole or he’d have started with consecutive double bogeys.

• After the second hole, Tiger changed his shirt. Yup, it was hot and nasty, but after a double in the final major of the year, Tiger wanted no part of that shirt. Once he changed it, he played the final 16 holes in 3 under par. It worked. “Hey, I just sweat a lot,” he laughed after the round.

• The round was salvaged on his ninth and 10th holes, the 18th and first holes, respectively. After a disappointing par on the par-5 17th hole, Tiger split the 18th fairway with a 3-wood and hoisted a 7-iron up in the air from 183 yards to 5 feet. On the next hole he hit a pitching-wedge approach inside 10 feet and converted that for birdie. “I hung in there,” he said. “I turned it around.”

• With only two par-5s on the par-70 layout Tiger pressed to make birdie on the eighth hole, his 17th of the day. He nuked driver off the tee and went straight for the pin with a 3-wood. It ended just short and in some thick rough just outside a greenside bunker. He chipped it to 10 feet and made that for birdie to finally reach even-par on the round. 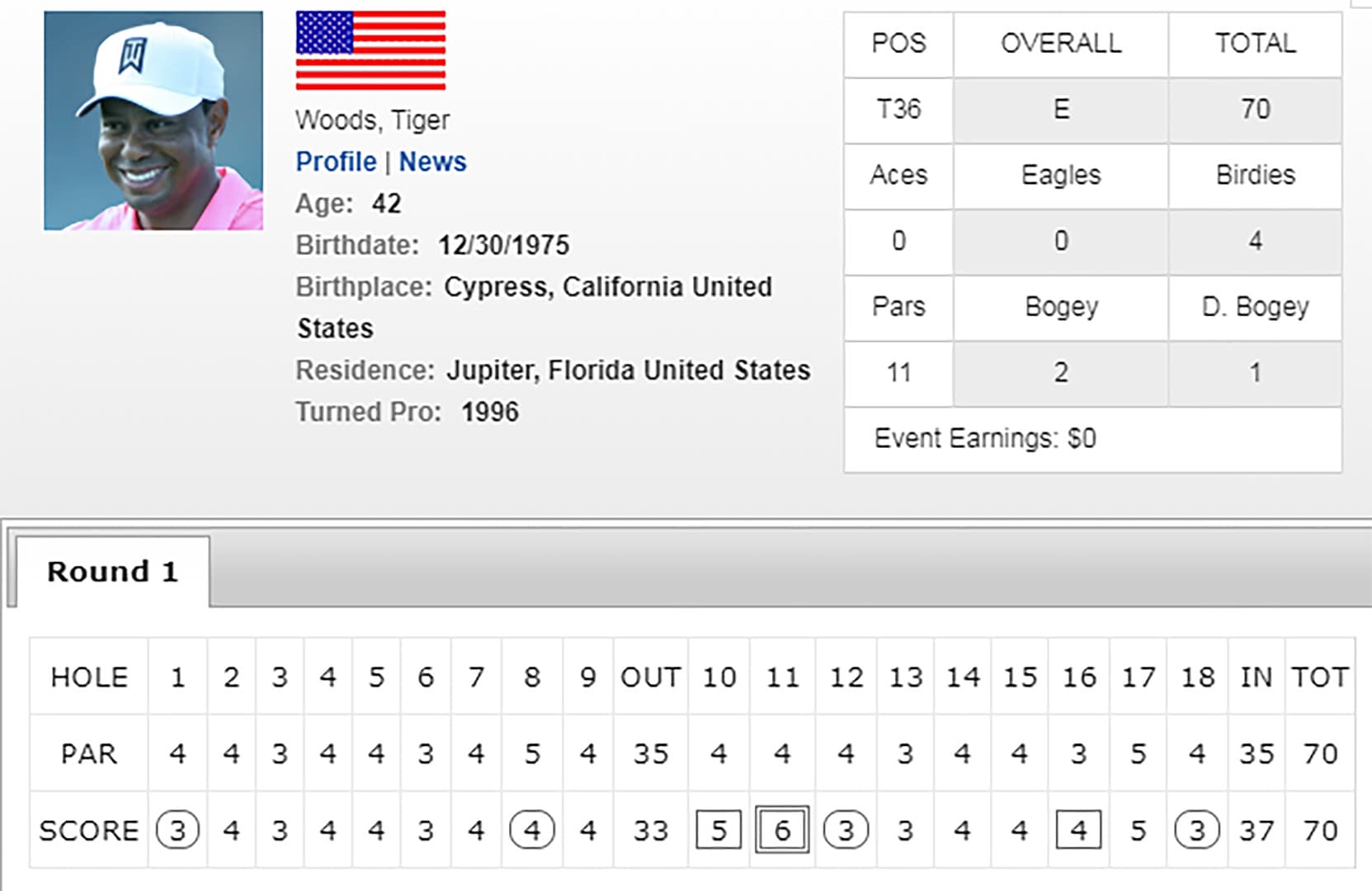 • Back to the shirt-changing nugget. Tiger said that he struggles to maintain his weight during the summer because he’s sweats so much. Wish I could say the same. But he also said that he usually changes shirts before the round, but didn’t have a spot to do so on Thursday. So he opted for the port-o-john between the 11th and 12th holes.

• Not that you care, but it was swampy-nasty-hot out there. But it was awesome.