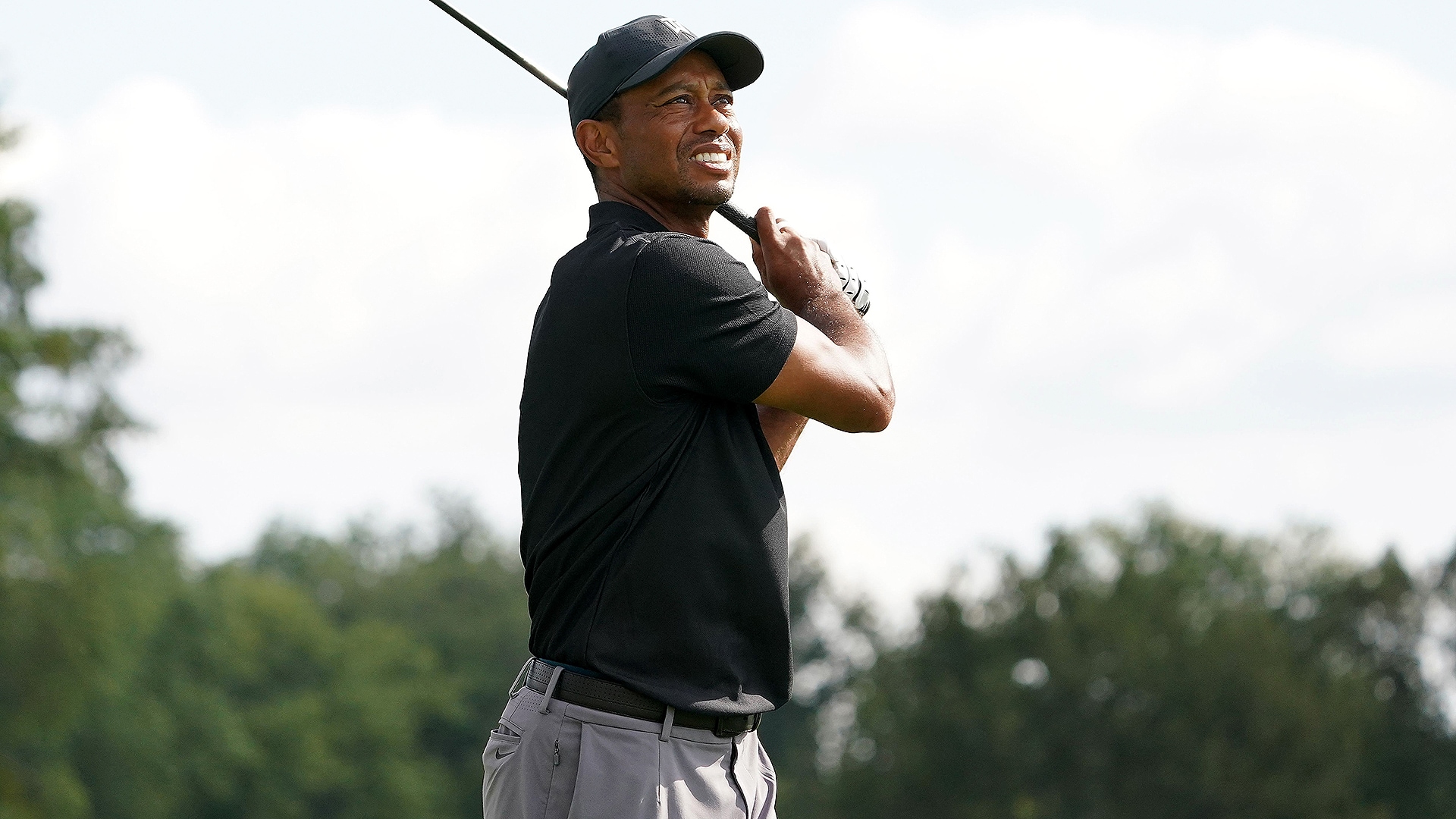 The round started with promise and ended in disaster. Here are a few thoughts and observations after Tiger Woods' third round at the BMW Championship, as the reigning Masters champ now has just one round left in his 2019-20 season:

•  After two days of struggling amid difficult conditions, Woods came out of the gates strong with an early-morning time alongside PGA champ Collin Morikawa. Two birdies in his first five holes helped him make the turn in 2 under, and Woods didn’t drop a shot over his first nine holes.

•  But almost immediately after making the turn, things started to go south. He didn’t hit a fairway until No. 18, a run of seven misses in a row off the tee, and was left to scramble on nearly every hole simply to stay under par for the round.

•  Things fell apart on the par-4 17th, where his tee shot sailed into the water and his approach hooked into the trees. It led to a triple-bogey 7 and the biggest blemish in a round of 2-over 72. After the round, Woods declined to speak with the media for the second straight day.

•  The final stat line on a round that began with some promising signs and ended with his ball-striking falling apart at the seams: 6 of 14 fairways, 11 of 18 greens in regulation and 29 putts.

•  His trusty Scotty Cameron putter, which had been temperamental through the first two rounds, decided to cooperate more from short range. But a 10-foot par save on No. 14 was his longest make of the day, with birdies on Nos. 3 and 5 both coming from short makes. All told, Woods holed less than 63 feet of putts on the round – by far his lowest total of the tournament.

•  The (relative) strength this week has been his iron play, but overall the body of work simply hasn’t been good enough to contend on a demanding layout. Through three rounds, Woods ranks outside the top 50 (out of 69 players) in strokes gained: off-the-tee, SG: around the green and SG: putting.

•  Woods is now 10 over for the week at Olympia Fields and was T-57 when he signed his card. Needing a top-4 finish at the start of the week to potentially advance to the season-ending Tour Championship, he now knows that his 2019-20 campaign ends this week outside Chicago. The point projections after his round showed that Woods was expected to drop eight spots in the standings, from No. 57 to No. 65, with only the top 30 advancing to East Lake.