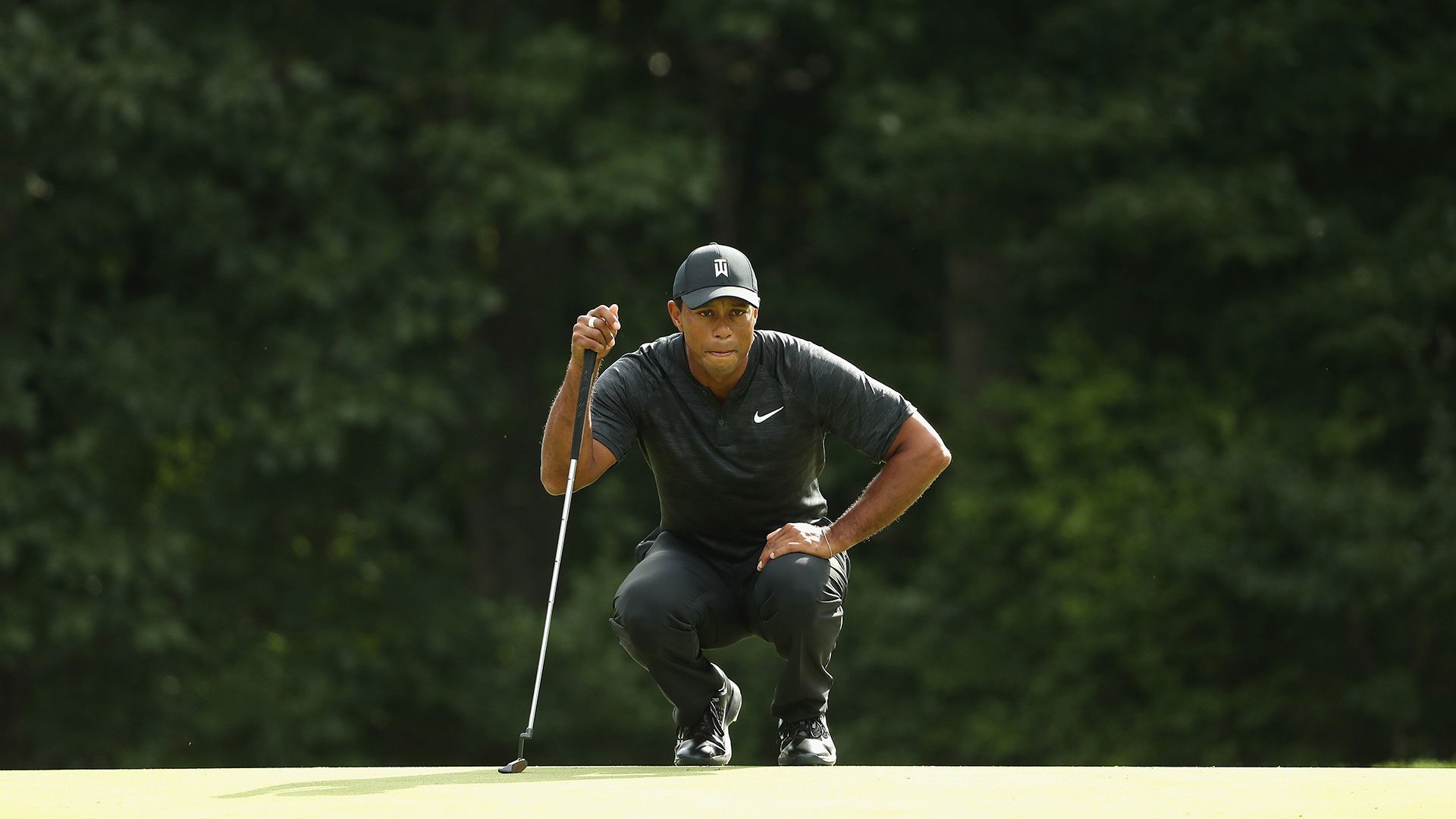 NORTON, Mass. – Another week, another slow start for Tiger Woods, as his playoff run remains stuck in neutral. Here are some thoughts and observations from a largely overwhelming 1-over 72 to open the Dell Technologies Championship:

• On a course that tends to serve up birdies by the handful, Tiger stumbled out of the gates with bogeys on three of his first seven holes to build an early deficit. It was the start of a largely erratic day that included a penalty shot, a flubbed chip and only nine greens in regulation.

• After struggling mightily on the greens at The Northern Trust, Woods switched putters this week at TPC Boston. Despite the over-par score, that decision looks like a good one. He needed only 26 putts and gained more than 1.6 strokes on the field on the greens, highlighted by a 23-foot par save on No. 8. “I putted beautifully today, I really did,” he said.

• But as the putter heated up, the rest of his game failed to come together. Woods hooked a fairway wood into a hazard on his first hole of the day after a headcover mix-up with caddie Joe LaCava, and he struggled with distance control for much of the day. “When I did miss it, I missed it in bad spots and didn’t have very good angles,” he said.

• As the round wore on, Woods’ ball-striking seemed to only get worse. He missed four out of his last five greens in regulation, missing the mark on both sides of the fairway. A two-putt birdie on the par-5 seventh hole was a lone bright spot of his final hour on the course, followed by wayward misses on both of his final two holes.

• Despite the lackluster score, Woods put a positive spin on a frustrating round that appeared headed for much bigger problems before lunch. “I hung in there,” he said. “Couldn’t quite get the momentum going. The front side, my back nine, thought if I felt momentum going, I could have finished under par today.”

• Woods took a few days off early this week to be with his kids, but he admitted that a stretch of potentially five events in six weeks ending with the Ryder Cup is taking its toll. “What I’m trying to figure out now is how much to practice,” he said. “When I do work on things, I’ve got to pick and choose which part of the game to work on. I can’t do it all like I used to.”

• Tiger was over par for the entire round, bogeying his first hole and only returning to 1 over with his third and final birdie of the day on No. 7, his 16th of the day. His opening 72 left him five shots off the early lead. He’ll begin his second round at 1:16 p.m. ET Saturday alongside Marc Leishman and Chez Reavie.