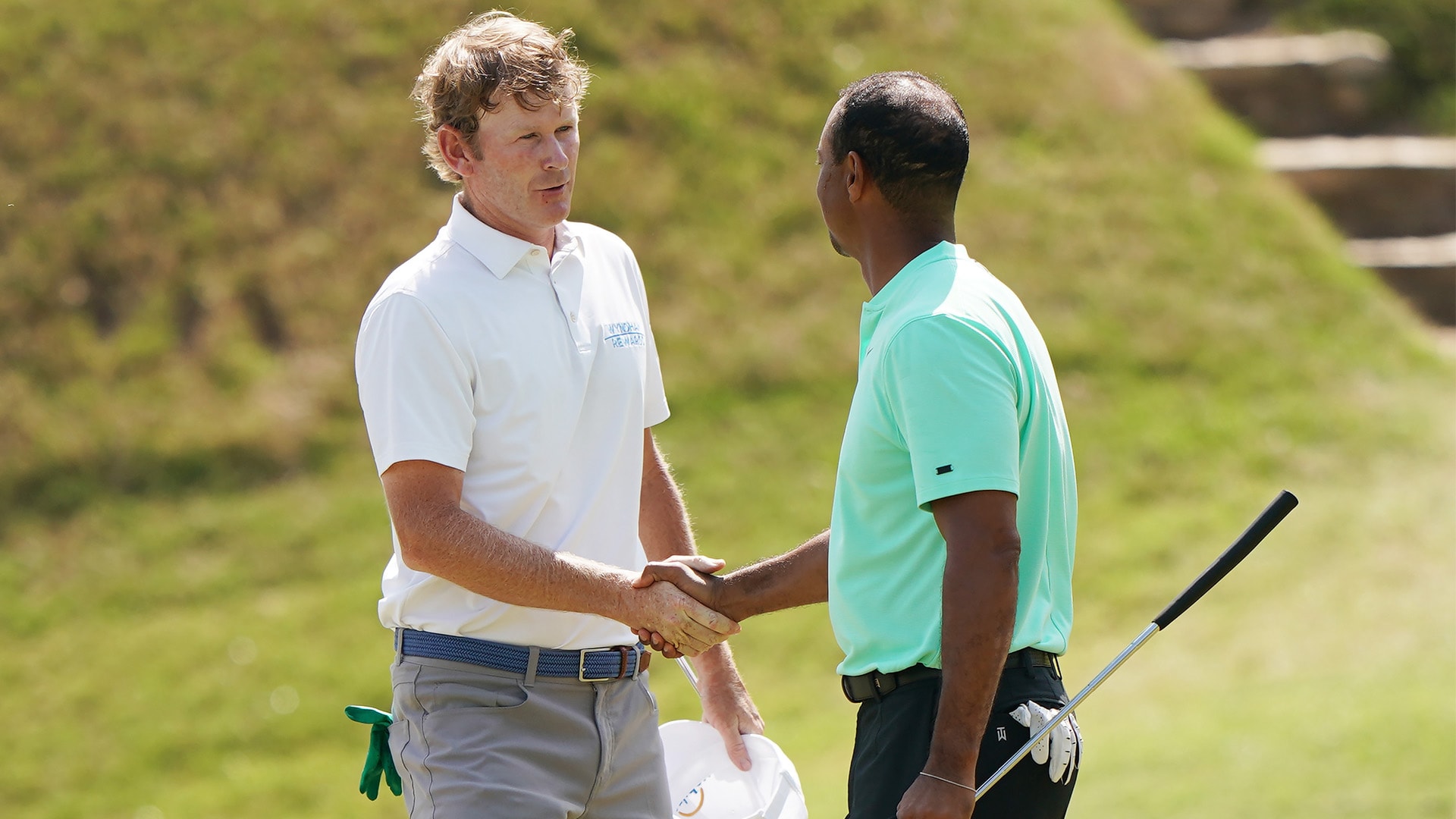 AUSTIN, Texas – Tiger Woods lost, 2 and 1, to Brandt Snedeker on Thursday and didn’t feel like talking about it. Unfortunately, I still have to:

· At no point did Tiger lead in the match, and after he lost the sixth hole to go 1 down, he never again pulled even. Just like on Wednesday, the outcome hinged on the 13th hole, only this time it was Tiger who found the water, sniping an iron left off the tee. A chunked chip from over the back of the green let Snedeker off the hook entirely and saw Woods fall 2 down with five to play. Although he cut the deficit back to one with a spectacular birdie at 14 (see below), a poor wedge at the par-5 16th sealed his fate. He failed to match Snedeker’s birdie and the match went dormie. One hole later, at the par-3 17th, he was taking off his hat and shaking Sneds’ hand.

· With that out of the way, let’s focus on the fun stuff. Tiger hit two absolutely outrageous shots on the back nine to keep himself in the match. After a curious layup off the tee at the par-4 10th, he sailed his approach into a bush behind the green. Anything but out of the hole, Tiger got down on his knees, turned his club upside down, swung lefty, and chipped out to 5 feet to halve the hole with a par. I maintained my trademark cool throughout the proceedings.

No need to watch, @TigerWoods.

· The putting looked suspect again. He missed back-to-back 5-footers at Nos. 6 and 7. On the latter occasion, he pulled his par putt and angrily swatted the ball back to himself to try again. He lined it up a second time and pushed it right. He followed with a 30-footer for birdie at 8, because of course he did. But 31 swipes in 17 holes ain’t great.

· Tiger declined comment after round but offered these quotes to a Tour official.

· Alright, so here’s the deal for Friday. Tiger needs to beat Patrick Cantlay. That’s non-negotiable. Assuming a Tiger victory, an Aaron Wise win over Snedeker would advance Tiger to the weekend. A Tiger win and a Wise-Snedeker halve would see Tiger and Snedeker head to a sudden-death playoff for the right to advance. But if Tiger doesn’t take down Cantlay, or if Snedeker wins outright, Tiger is heading home.