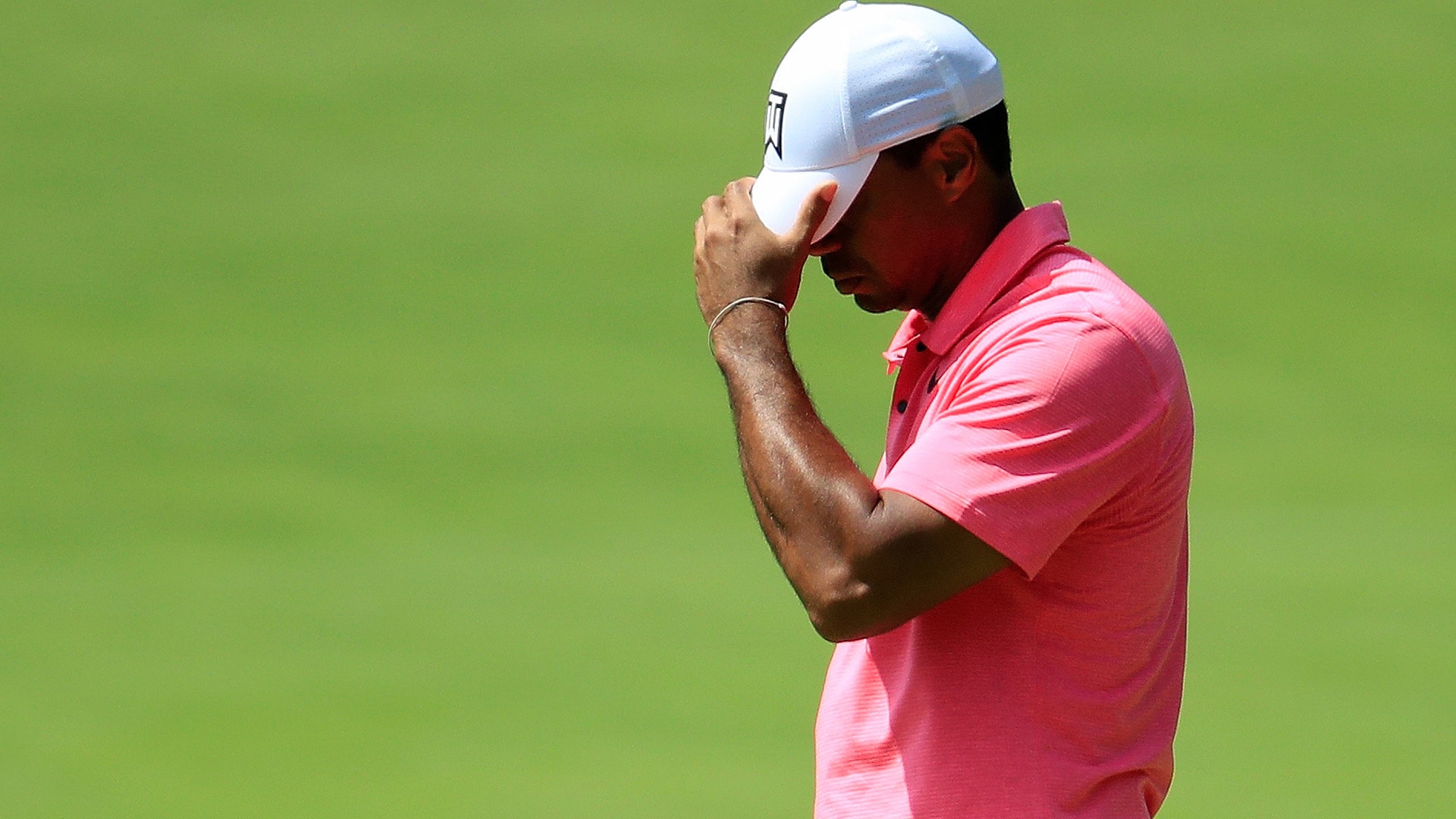 DUBLIN, Ohio – For the second straight day, Tiger Woods walked off the 18th green at Muirfield Village with an under par score and a look of frustration. Here are a few observations from strolling another loop with the man as he surged up the Memorial Tournament leaderboard only to stumble down the stretch:

- When it’s been on, Tiger’s game this week has been about as good as anything he’s produced in this latest comeback. That includes a five-hole stretch to close out the front nine Saturday where he made three birdies and an eagle, quickly making up for a slow start and moving into contention before the leaders teed off.

- Woods actually grabbed a share of the lead at 11 under with a birdie on No. 15, but the putter betrayed him from there. A three-putt from 46 feet on No. 16 was followed by a miss from inside 4 feet for par on No. 18.

- It added up to a 4-under 68, which left him at 9 under heading into the final round. “That’s probably the highest score I could have possibly shot today,” he said. “I played really, really well. I played beautifully, actually.”

- Woods barely blinked tee to green, hitting 12 of 14 fairways and 15 of 18 greens. He managed to turn a rare hiccup with a poor drive off the 15th tee into a birdie, and he didn’t drop a shot outside of his two late three-putts.

- While he got to the top of the leaderboard at one point, Woods finished his third round before the leaders made the turn and fully expects to face a significant deficit in order to claim his sixth trophy at Jack’s place. “I’m in position. Hopefully I won’t be too far back,” he said. “I wish I could have stayed up there at 11 under.”

- The putter was a clear culprit for the second straight day. Woods spent time on the practice green as dusk fell Friday night, but it didn’t help him much considering he also missed a 4-foot birdie putt on No. 14 and two others from inside 12 feet. “I was fine at the beginning of the round,” he said. “My speed was bad on the last two holes, the last two out of three holes, and I didn’t make any.”

After estimating that he could have turn a second-round 67 into a 62 or 63, Woods believes that today’s effort should have been closer to 63 or 64. “I am definitely not taking advantage of how well I’m hitting it,” he said. “Shooting in the low 60s could have been pretty easy if I had just putted normally.”