Tiger's game plan goes out the window with 78 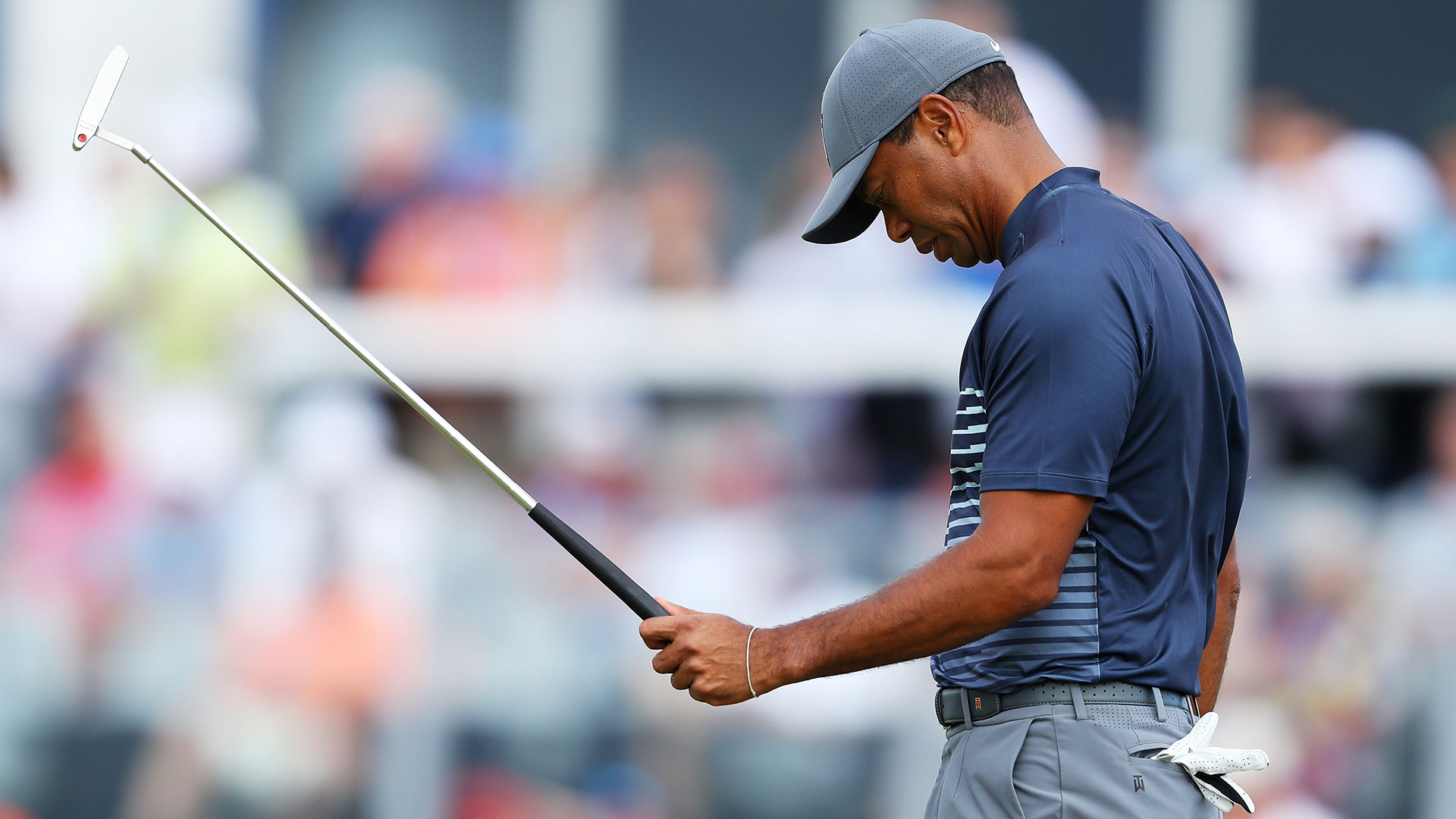 SOUTHAMPTON, N.Y. – It was a lot more fun playing the U.S. Open with a broken leg.

That’s what it looked like Thursday with Tiger Woods making his much anticipated return to the championship he won a decade ago while playing with a pair of stress fractures in his left tibia and a bum left knee.

It took about a New York minute for Woods to remember the mental anguish a U.S. Open can also dish out.

After striping his opening tee shot down the middle, Woods made a triple bogey at the first.

He four putted the 13th on his way to back-to-back double bogeys.

That’s the second highest score he has posted in this championship, his third worst in relation to par in any major.

“My game plan was not to make any `others,’ and I made three of them,” Woods said.

That is “others,” as in anything more than a bogey.

It was Woods’ first appearance in the U.S. Open since missing the cut at Chambers Bay three years ago, when he shot 80 and 76. If he doesn’t rally Friday, he’ll be looking at missing the cut for just the third time in his 20 U.S. Open starts.

“It's tough out there,” Woods said. “But, I mean, I shouldn't make two doubles and a triple, four-putt.”

Shinnecock Hills made erasing mistakes difficult. The brute punished the field. Woods knew he wasn’t alone taking a beating, and that’s what made his double bogeys on the back nine especially frustrating. He was grinding to keep himself in it, but he will start Friday nine shots back, tied for 102nd.

“After that start, shoot even par for the next 16 holes, and I'd be just fine,” Woods said.

Still a work in progress, still rebuilding from all those back surgeries, Woods, 42, has an uphill battle beyond this weekend. He saw that on Thursday. He played alongside world No. 1 Dustin Johnson, who shot 69 to get himself into a four-way share of the lead.

Johnson is standing in Woods’ way in more than this championship. He looks like a guy rounding back into his best form after winning the FedEx St. Jude Classic last week.

Woods has won three U.S. Opens, but he’ll need to muster something really special to make a run at his fourth. Apparently, that miracle win on one leg in ’08 at Torrey Pines is never far from his memory, because he talked about how one special round this week can get him back in the mix here.

“I kept reminding myself that Lanny [Wadkins] almost pulled himself into a playoff in '86, with a round in the mid-60s on Sunday,” Woods said. “So, it can be done. This golf course is kind of setting up for that right now.”

Wadkins was six shots back in ’86 and got himself into contention in the final round with a 65, but he ultimately fell two shots short of Raymond Floyd.

Woods looked confident on the first tee Thursday, drilling that opening drive down the middle. But, he pumped a wedge over the first green. He looked nervy back there, making a mess of the hole with his short game. He hit a flop that flopped too much, failing to cover a crest on the green before rolling back off. He did the same thing with his next putt, watching that one roll back to his feet.

Woods followed that triple bogey with a bogey at the second, but then he regrouped. He made seven pars and a birdie to get himself to 3 under, but Shinnecock seemed to wear him out.

At the 13th, Woods left a 40-foot putt 6 feet short, and then he three putted from there.

"I was worried about running the [first] putt by, because it's downhill on the other side,” Woods said. “Left it short, blocked the next one, and then blocked it again. Not very good.”

The frustration seemed to follow Woods to the 14th tee, where he pushed his tee shot right into the fescue, then hooked his second into the fescue on the other side of the fairway. He hacked his third shot short of the green and ended up missing an 8-footer for bogey.

“I think he played better than his score, for sure,” Johnson said. “It’s windy. It’s tough. He obviously got off to a rough start, but I thought he hung in there pretty good.”

Woods drove the ball well, hitting 9 of 14 fairways. Greens were tough to hit for the entire field, with Woods managing to hit just seven of them. He took 30 putts.

“It's frustrating because I'm hitting it well,” Woods said. “In the last, I think, four tournaments, I have not putted well. So, if I can putt like I did at the beginning of the year, we've got something. I just haven't done that.”