Woods moves to 67th in world after Quicken T-4 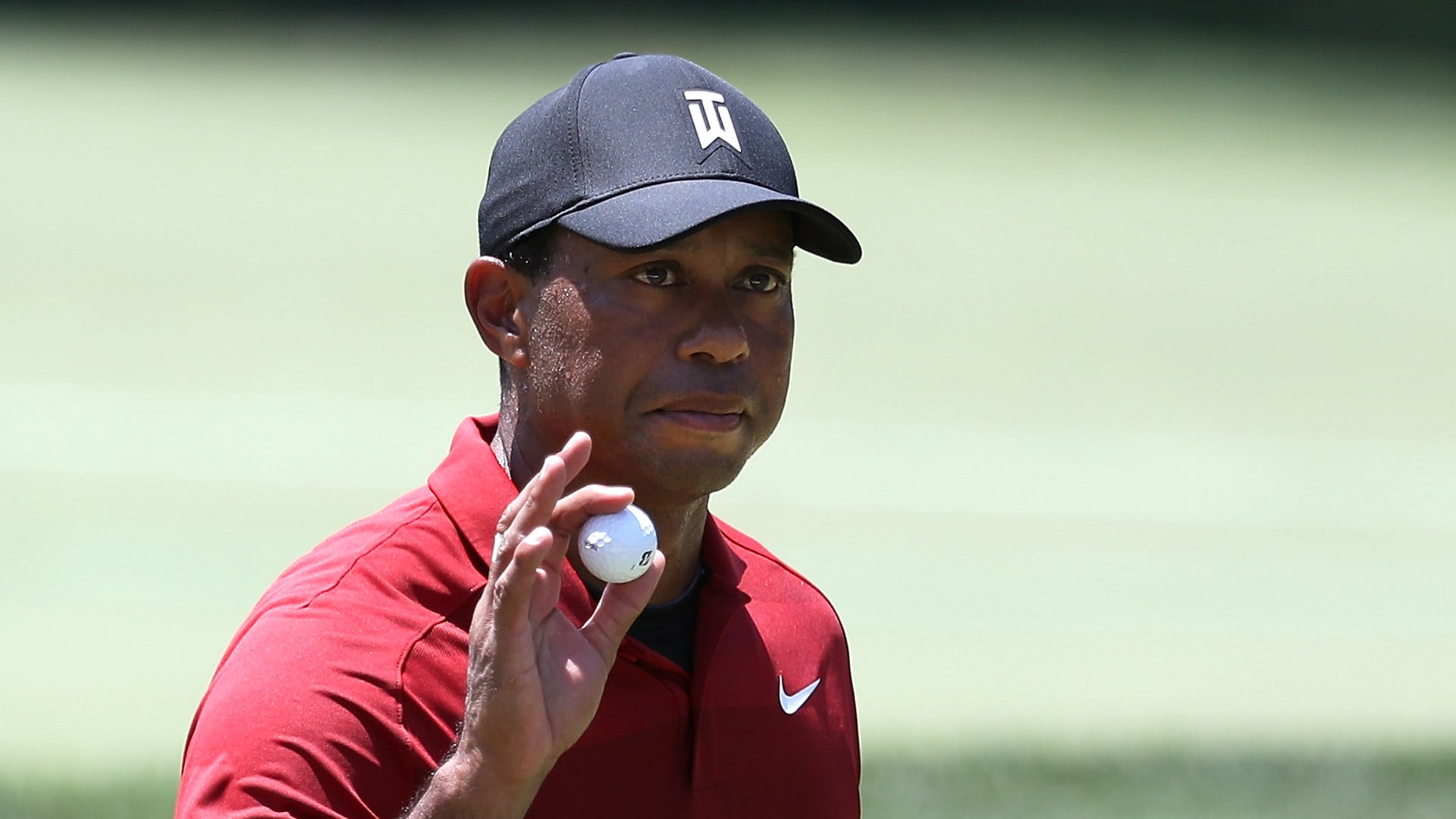 Tiger Woods is back inside the top 70 in the world rankings for the first time in more than three years following a T-4 finish at the Quicken Loans National.

Woods shot a final-round 66 at TPC Potomac at Avenel Farm to finish the week at 11 under, 10 shots behind Francesco Molinari. As a result, he moved up 15 spots to No. 67 in the latest Official World Golf Ranking to mark his best position since he was No. 66 in February 2015. Woods, who started the year ranked No. 656, now has three top-5 finishes since March.

Despite the ascent, there is work to do if Woods is going to qualify for the final WGC-Bridgestone Invitational at Firestone Country Club, where he has won eight times before. Woods needs to be ranked inside the top 50 on either July 23 or July 30, and he has reiterated that The Open will be the only remaining event he plays before either deadline.

Molinari's eight-shot win only moved the Italian up one spot to No. 16 in the latest rankings, while Alex Noren's comeback victory at the HNA French Open helped the Swede rise two spots to No. 14. Julian Suri, who finished T-2 behind Noren in France, went from 85th to 63rd, while the same T-2 result allowed Russell Knox to jump from 116th to 87th.

Ryan Armour went from No. 157 to No. 105 after a solo runner-up finish behind Molinari, while Sung Kang's third-place showing in Maryland led to a jump of 35 spots to No. 107.

The only change in the top 10 occurred at No. 7, where Rickie Fowler edged past Rory McIlroy with a 12th-place finish at Quicken Loans. Dustin Johnson remains No. 1 for another week, followed by Justin Thomas, Justin Rose, Brooks Koepka and Jon Rahm. Jordan Spieth stays at No. 6, with Fowler, McIlroy, Jason Day and Tommy Fleetwood rounding out the top 10.