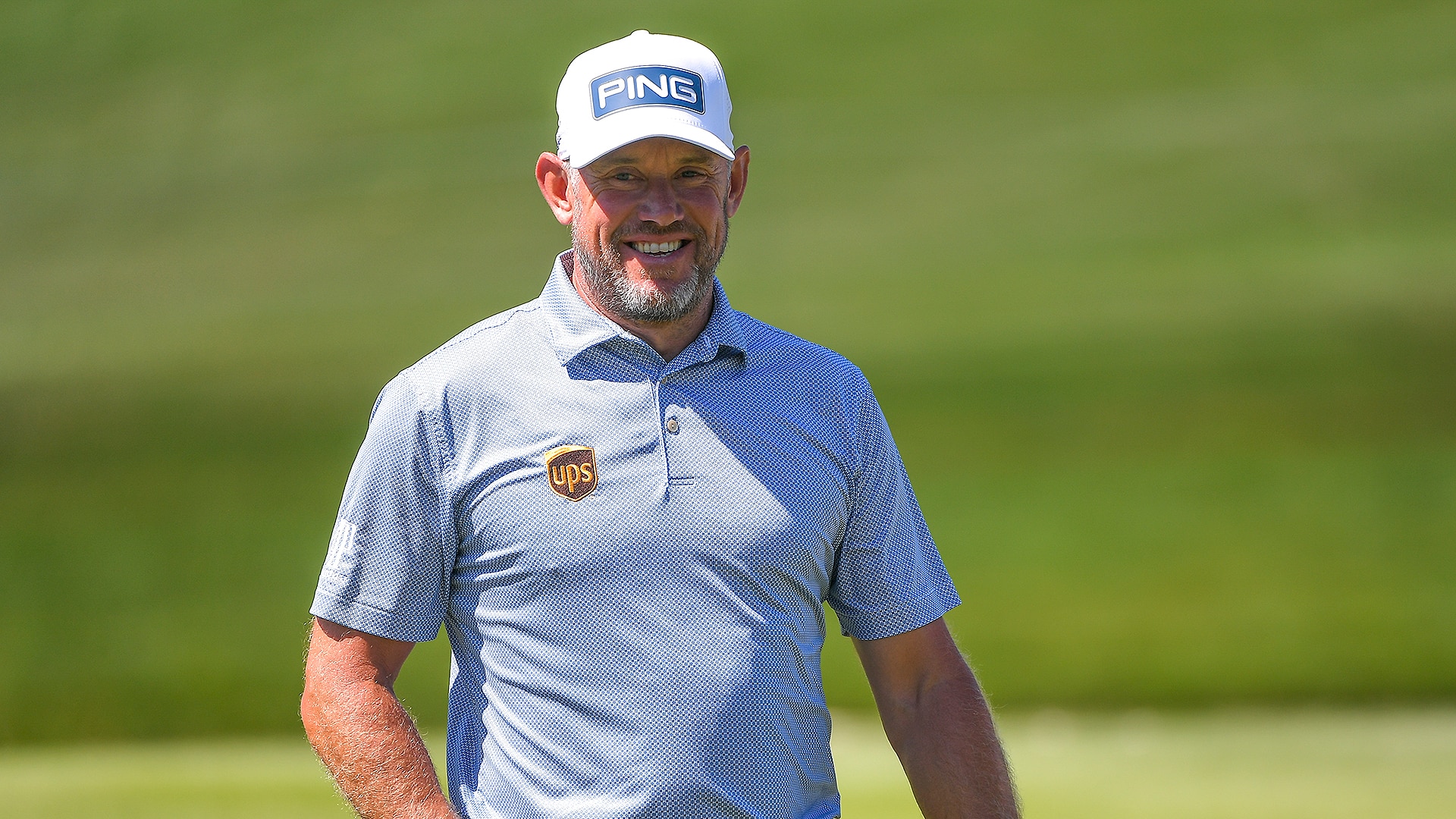 PALM BEACH GARDENS, Fla. – Lee Westwood’s streak of runner-up finishes is longer than some might realize.

He was second to Bryson DeChambeau at Bay Hill two weeks ago, then was second to Justin Thomas at The Players Championship last week. And on Tuesday, he played alongside 19-year-old son Sam at Augusta National while finishing two days of prepping for next month’s Masters.

Add it all up, and it’s been a lot of golf lately for the 47-year-old Westwood. He’s playing a fourth consecutive event this week at the Honda Classic at PGA National, which starts Thursday. The back-to-back second-place finishes, minus the unofficial one following his son’s chip-in at Augusta, have seen Westwood climb 20 spots in the world ranking to No. 19.

Even while acknowledging that he's a little tired right now – “my legs are feeling it a little bit," he said – Westwood didn’t consider skipping Honda, an event that he’s tried to remain loyal to for years, even after the grind of contending on two tough courses in consecutive weeks and squeezing in 54 holes of practice at Augusta National to start this week.

“It’s one of my favorite tournaments of the year,” Westwood said. “I really enjoy this golf course. I find it a good challenge. There’s a lot of shots out there where you’ve really got to commit and play the shot. I love the challenge of the Bear Trap. It’s always a bit blowy, which I like, as well.”

The Bear Trap, named for Jack Nicklaus, is PGA National's three-hole defining stretch spanning Nos. 15 through 17, two par 3s sandwiching a par 5. It's not uncommon for the wind to blow in three different directions on those holes.

Defending champion Sungjae Im is back this year at the Honda after prevailing in 2020 with a 6-under 274, the highest winning score at PGA National since Mark Wilson shot 275 and won in a playoff in 2007.

Daniel Berger, who makes his home near PGA National, was to have been the highest ranked player in the field at No. 15; Berger missed his pro-am round Wednesday with a rib injury and later withdrew from the event. Five former world No. 1s are playing: Adam Scott, Luke Donald, Vijay Singh, Martin Kaymer and Westwood.

Tournament officials are allowing 10,000 fans per day at the Honda, and if form from the last two weeks holds, plenty of them will want to see Westwood. There’s no metric to precisely chart on-course popularity, but his has seemed to soar of late.

“I think I’ve always been fairly popular, but it seems to have gone up a level, and it’s just great to have crowds back in and fans back in, get in a few cheers and making birdies for them and playing well for them and bringing some enjoyment to the people that are allowed in,” Westwood said. “I struggled when we came out of lockdown playing without crowds. I was enthusiastic, but it wasn’t the same buzz. I’ve played in front of crowds for 27 or 28 years now, and I found it very difficult. It’s great that I feel even more popular now, and it’s nice to be playing in front of people.”

It’s obviously not unheard of for European players to be revered in the U.S.; Ireland’s Padraig Harrington has long fallen into that category.

Harrington is not surprised that Westwood’s popularity has seemed to surge over the past few weeks.

“Lee was, at one stage, the best player in the world,” he said. “He’s kind of got through that phase. He’s now come back as an older player and even for his nonfans, they respect what he’s doing. They’re not looking at him as the opposition.”

Westwood will have Sam, his son, caddying for him this week. Helen Storey, Westwood’s fiancée and caddie for the last two weeks, is getting the week off. Sam gets the call to work again at the Masters; Storey will work the PGA Championship and The Open. As for any Ryder Cup assignment – if Westwood gets there, as would be expected – that is still unclear.

“I just like being out there with the both of them,” Westwood said. “Both keep me relaxed. We have good chats out there.”

They must be doing something right. Westwood is playing as well as anyone in the world of late. And the fans are clearly appreciative.

“Maybe if he was in the pinnacle of his career, maybe if he was 30 years of age, he would be seen as an outsider,” Harrington said. “But now he’s seen as a warm and friendly guy.” 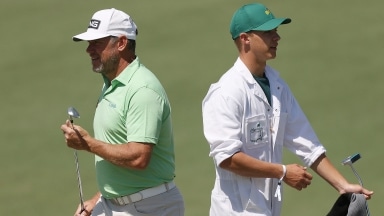 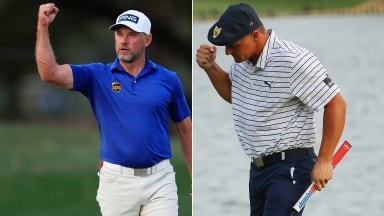 Round 2, the rematch: Westy vs. DeChambeau

Lee Westwood will have familiar company in the final group Sunday at TPC Sawgrass as he readies for another duel.