LET Board Chair Marta Figueras-Dotti sent a letter to LET players this week informing them of the discussions. She told players that a dialogue was “in full swing” to create a “50-50 joint venture” between the tours.

LPGA and LET officials said in a joint statement Wednesday that while it’s too early to publicly discuss specifics, they are working to complete terms of a new agreement in time to present it to LET players at their annual meeting on Nov. 26 in Spain.

The joint statement included a portion of Figueras-Dotti’s communication to her tour members: “This summer, the LPGA and LET began discussions about a true partnership, where we would work together to build stronger tour schedules, create more financial stability, and deliver a Ladies European Tour that could offer its members significantly more opportunities to compete, earn an income and advance their professional career.”

The tours began talking in 2016 about the possibility of the LPGA taking control of the struggling LET, with the LPGA seeking an ownership stake that could also have included a partnership with the European Tour and the R&A.

Those talks broke off early last year with the LET deciding it would continue to try to rebuild on its own.

The joint LPGA-LET statement focuses strongly on the aim of a joint partnership.

The LET has been struggling for the last four years, with tournaments and sponsorships falling away. Two years ago, the LET ended the four-year reign of its embattled CEO, Ivan Khodabakhsh, a former World Boxing Series CEO with no golf experience. Seven LET tournaments folded up under his reign in 2017.

The LET featured just 15 tournaments last year for roughly $14 million in total prize money. The most lucrative events on that schedule were the AIG Women’s British Open and Evian Championship, majors co-sanctioned with the LPGA. In fact, those two events made up about half the prize money on the LET schedule.

“A lot of my friends who have been on tour for 12 years have had to get part-time jobs,” England’s Mel Reid said last year. “Golf is supposed to be the second highest paid women’s sport.” 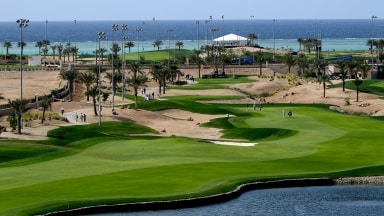 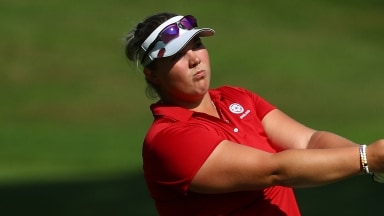