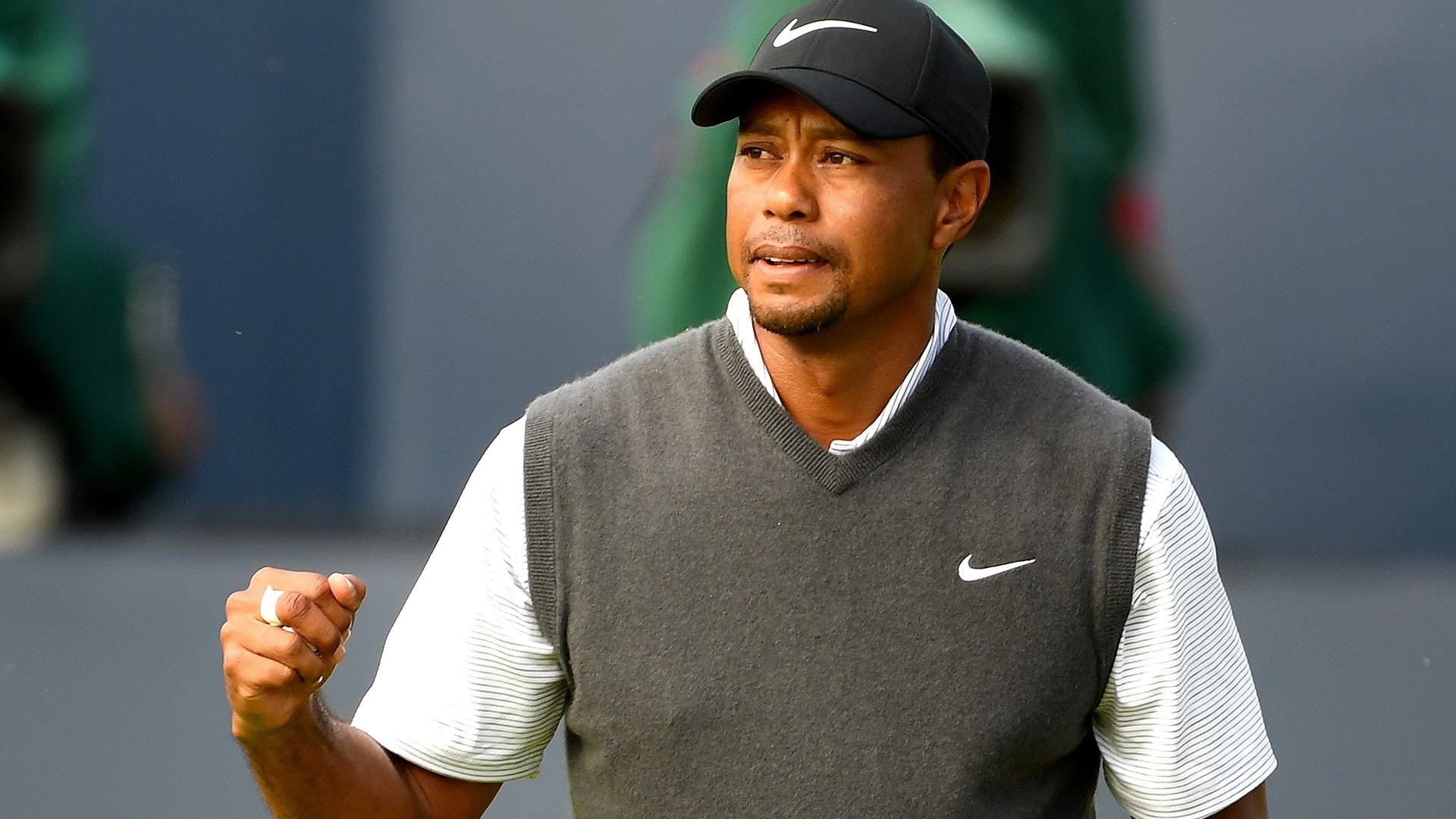 CARNOUSTIE, Scotland – Here are a few things I think I think after Tiger Woods went berserk Saturday and shot 5-under 66 to vault up the leaderboard at The Open at Carnoustie:

At 4:13PM here in Scotland, when Tiger two-putted for birdie on the par-5 14th hole, he held a share of the lead in a major championship. It was once unthinkable, but it happened. I saw it with my own eyes.

• Tiger’s last two weekend rounds in the 60s in The Open both happened at Carnoustie and both happened on July 21. In 2007, Woods shot 69 here. On Saturday, that score was clipped by three shots. Tiger shot 65 in the second round of The Open at Royal Liverpool in 2006. He won his third claret jug that week. Tiger last shoot 66 in a major during the second round of the 2011 Masters.

• This is the sixth time that Tiger has recorded three consecutive rounds of par of better to start The Open. He went on to win three of the previous five times.

• One bad swing, the only bad swing of the day according to Tiger, produced the luckiest of breaks. Standing on the 18th tee with an iron in hand, Tiger pulled his tee shot that hit on the top of the Barry Burn and very easily could’ve ended in a watery grave. Instead it ended in thick rough, some 250 yards from the pin. Tiger punted it up the fairway, but got up and down from 83 yards to save par and shoot 66. “I hit my number,” he quipped about hitting wedge to 2 feet.

• On the other hand, the lone bogey came from one poor putt. On the par-3 16th hole, with half of Scotland screaming his name, Tiger missed a 7-footer for par. It was deflating at the time because the last three holes are so difficult. Pars on the last two holes were stellar. 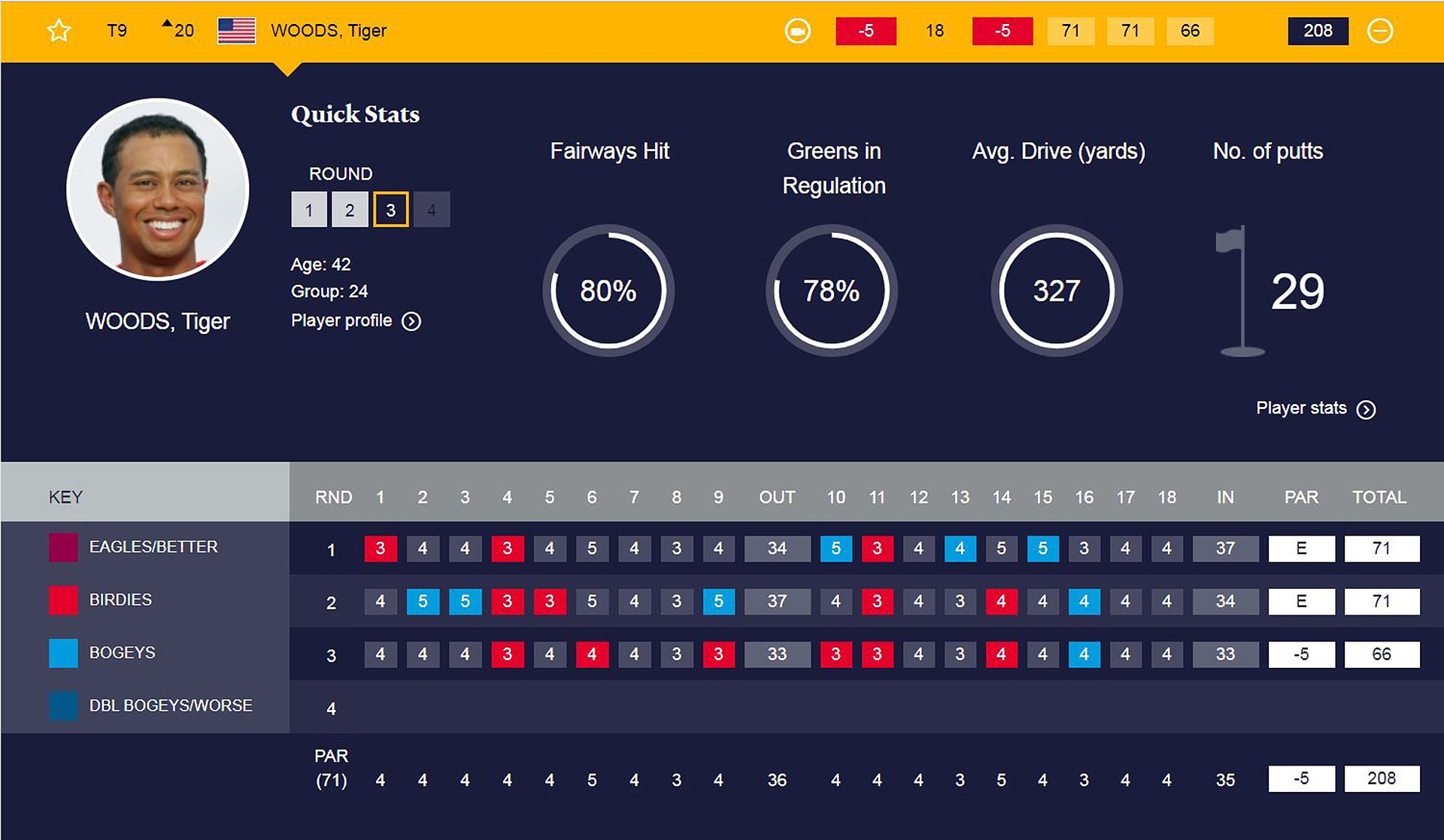 • Final stats: 12 of 15 fairways, 14 of 18 greens and 29 total putts. Tiger hit six drivers and one 3-wood, proving that he was way more aggressive. He hit four drivers on Friday and only one on Thursday.

• One of the aforementioned drivers that he hit on the ninth hole was well left and in some thick round, 170 yards from the hole. A safe approach to 40 feet set him up for and easy two-putt par. But he slammed the putt home and made an improbable birdie. “I hit so many good putts out there today, and this week from distance, I’ve had really good feels,” he said.

• In his own words about his chances of winning: “It certainly is possible. I’ve shown that I’ve been there close enough with a chance to win this year. Given what happened the last few years, I didn’t know if that would ever happen again, but here I am with a chance coming Sunday in a major championship. It’s going to fun.”