TT Postscript: Circus shot at No. 9 highlights 5-under 66 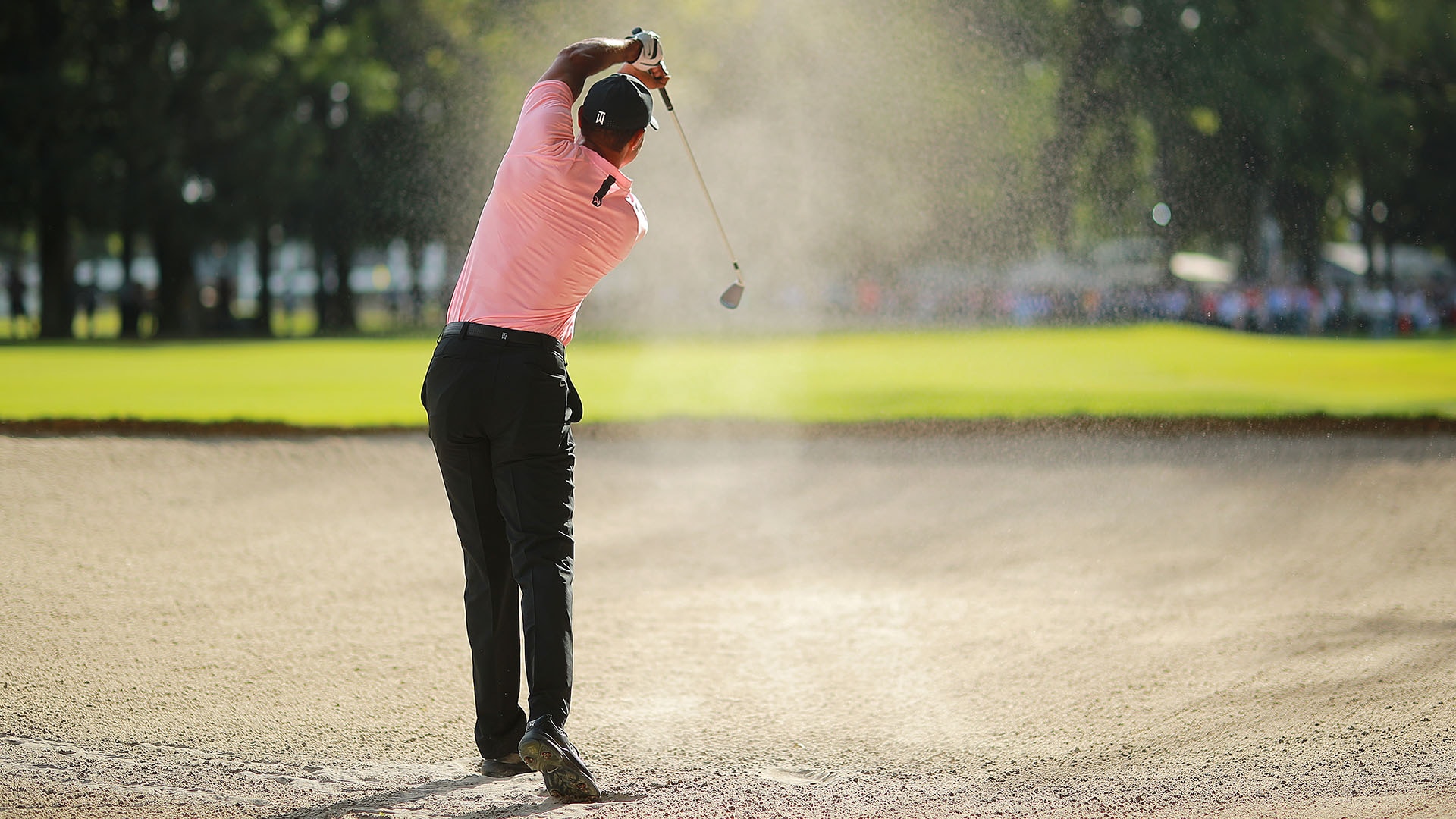 MEXICO CITY – Tiger Woods nearly gave me a heart attack at the par-4 ninth but I lived long enough to write this blog. Thoughts and observations from Big Cat’s 5-under 66 Friday at the WGC-Mexico Championship.

· The sum total of my thoughts on his second shot from the bunker at No. 9:

Feel like I’m not going to put it any more eloquently than that.

· What a wild 15 minutes that was. I went from thinking he was screwed, to thinking he could wedge out and make par, to being furious he didn’t make eagle, or even birdie. But not dropping a shot there, be it in dramatic or boring fashion, was so important. Tiger signed for six birdies in Round 2 and only made one mistake. A bogey there would have been deflating. Instead, he offered up a vintage Tiger moment. Eagle or not, birdie or not, that was awesome.

· We’ll address that mistake now to get it out of the way. He came up a full club short at the par-3 17th and from long distance proceeded race his ball a good 13 feet past the hole. He so badly judged both the line and the pace that the ball never really got within 6 feet on the hole on the way by. He missed the comebacker and tapped in for bogey after his “three-wiggle,” — his words, not mine. Other than that, Friday was pretty tidy.

· Compared to others in the field, not many of whom are ahead of him on the leaderboard, Tiger has been pretty conservative off the tee at Chapultepec. He’s maybe hit five or six drivers in two days? It wasn’t uncommon to see both Bryson DeChambeau and Abraham Ancer a good 40-to-50 yards by him at times. But he seems just fine with his strategy. He says he doesn’t feel comfortable with the driver at No. 2 and will consider hitting the big stick at the 11th if he gets the right wind. Otherwise, laying back is the plan.

· Apparently, Rickie Fowler had some trouble with the new knee-high drop Friday, and Rory McIlroy almost got busted for a shoulder-height drop of his own before realizing his mistake. This opened the door for some Tiger dad humor. “This is all new to us. I remember I dropped it over the back of my shoulder. Rules change,” he said with a laugh.

· Friday’s 66 has him 5 under for the week, six off the lead held by Dustin Johnson. But don’t expect Tiger to get overly aggressive this weekend. He likes that he can get on a run around this golf course, but he also seems wary of the big number. “Just be patient with it around this golf course,” he said. “Because, yeah, you can shoot the odd 64, 65, 63 around this golf course, but you also can shoot something mid-to-high 70s very quickly. It just doesn't take much. Just takes a couple bad drives here and there, hit in these trees and can't get out of them, get in the wrong spot. So you're seeing a very high, very extreme between the low rounds and the high rounds, huge variables.”