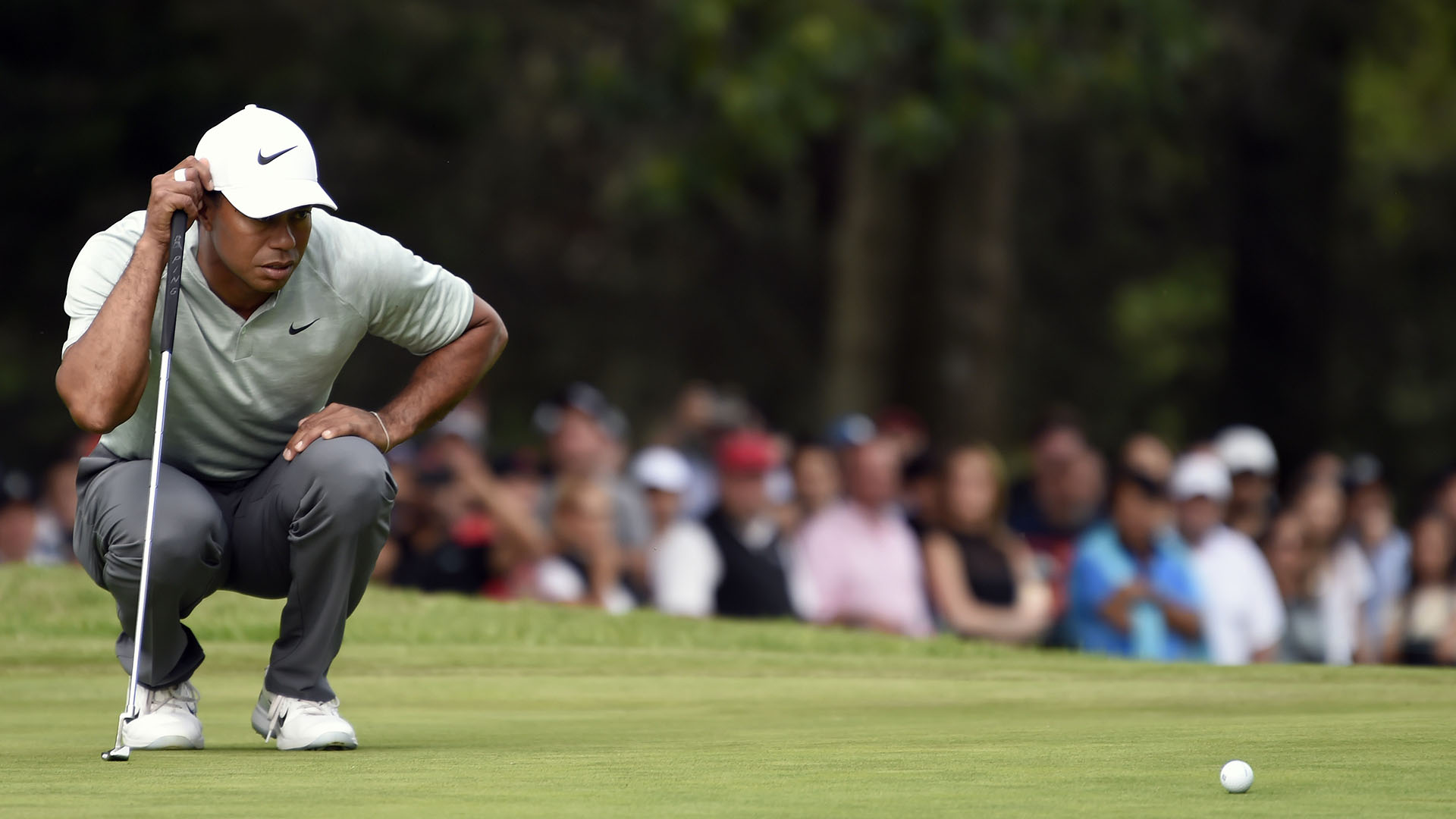 MEXICO CITY – I just watched Tiger Woods take seven putts in two holes. Let’s talk about that monumentally disappointing Saturday 70 that Woods himself chose not to talk about after the round.

· Standing in the fairway at the par-5 15th with an iron in hand from 247 yards, Tiger seemed in prime position to at least make a birdie and potentially force his way into the final group on Sunday at the WGC-Mexico Championship. In that moment, it was hard not to think about Tiger, Rory McIlroy and Dustin Johnson teeing off tomorrow afternoon. Hah, welp …

· He kind of hung left on his second shot and came up short in the right front bunker. When he chunked out to 25 feet, I was disappointed he likely wasn’t going to make his birdie. When he ran the first putt 4 feet by, I had already given him his par.

That is an absolutely woof par, when birdie would have been big for his final-group chances tomorrow.

A three-putt from 4 feet. A four-putt from 25 feet. Tiger four-wiggled in the first round last year at Shinnecock, but according to Golf Channel research, Saturday marked the first time he’s done so in a non-major since 2010. As opposed to climbing to 9 or even 10 under, Tiger dropped to minus-6.

· And then he dropped another shot when he followed up with three more swipes from 38 feet at the 16th. It was seven putts in two holes. Woods rallied with a closing birdie at 18 to get back into red figures with a 1-under 71 that left him tied for ninth at 6 under par, 10 shots off the lead held by Johnson. Tiger’s third-round stats: 9-of-14 fairways, 16-of-18 greens, and 35 putts.

· Woods declined to speak with the media after the round. To his credit, this very rarely happens. But safe to say, he was upset.

· Bracketing all that, a note on Tiger’s 9-iron — he bent the shaft playing his second shot at the par-4 eighth. He tried playing a hard hook and whacked the tree on his follow through. He played without it for the final 10 holes. Joey says he’s going to work on getting it fixed overnight.

· You know, had he gotten to 10 under and in the final group, he would have still started the day six behind DJ. The odds of him winning were going to be slim. But Tiger, Rory and DJ on Sunday would have been a fun sight. Instead, he’ll go off in the fourth-to-last tee time alongside Louis Oosthuizen and Tommy Fleetwood, no slouches themselves.

· Hey, at least he birdied the first two holes today.