TT postscript: A stumble, but not without hope 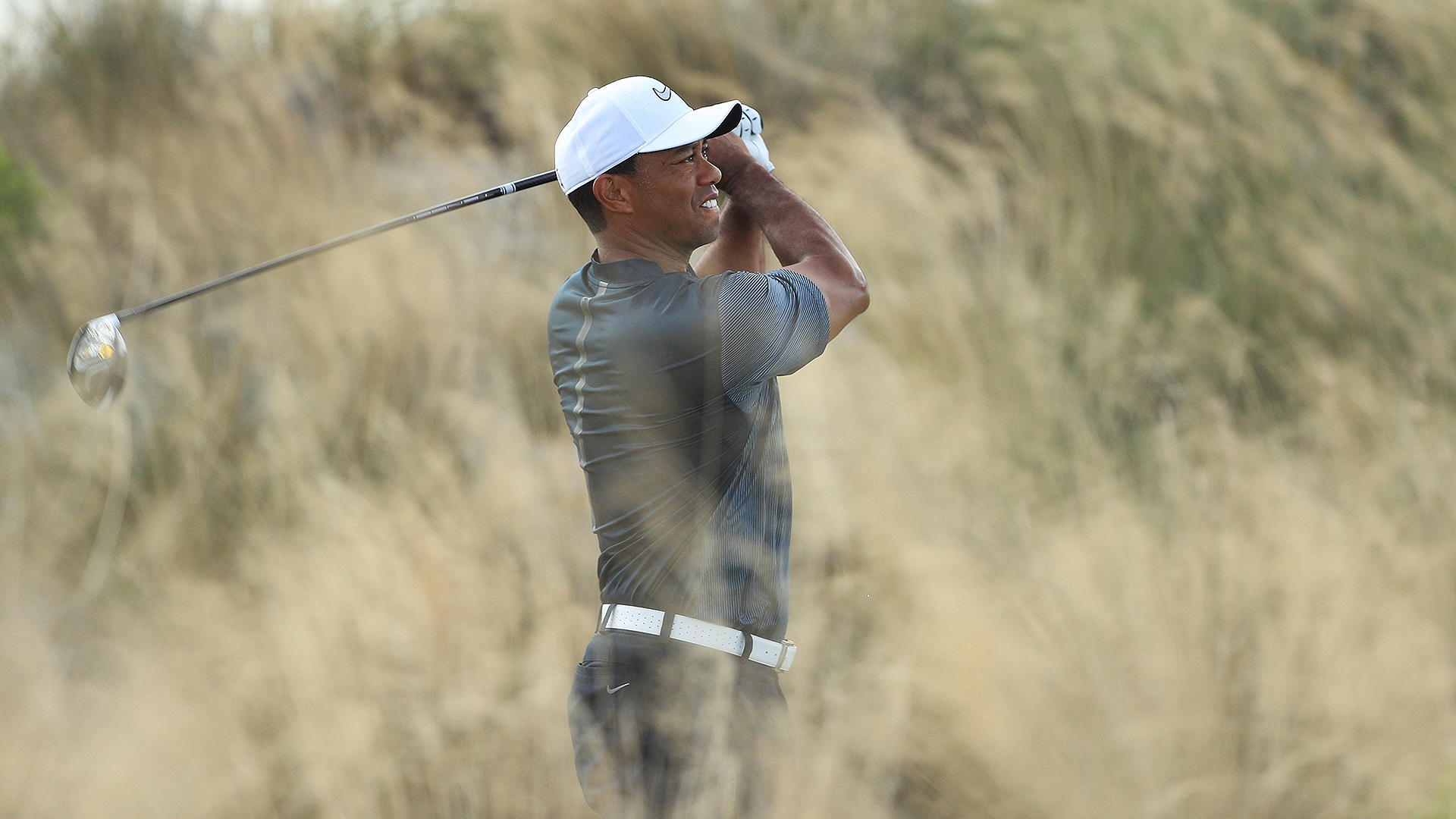 NASSAU, Bahamas – Here are some things I think I think after Tiger Woods’ 3-over 75 Saturday in the third round of the Hero World Challenge at Albany:

• Look, that wasn’t a whole lot of fun. Rounds of 69-68 were always going to give us more expectations than Tiger had of himself. An over-par round was a virtual certainty coming into the week and, well, the third round was it. Tiger looked tired at times, but he hasn’t done this in a while. Like he says, it’s been a long time since he’s had a scorecard in his hands.

• The very first tee shot set the tone for the round, it felt like. It was in a bad spot, and led to a bogey. He made four bogeys in the first seven holes because of poor chips, missed putts, you name it. Basically all the things he did well the first two days, he did poorly on Saturday. “Anything I did right ended up in a bad spot and everything I did wrong was really bad. It was just one of those days,” he said.

• Chipping, man, chipping. It’s just not very good. I know it’s been awhile, but his driving is pretty good. Why isn’t his chipping? It should’ve been one of the first things he started practicing when coming off the DL. Every time he faces one it’s a pucker moment. During the third round, honestly, Tiger looked like a 10-handicap in that department when compared with playing partner Hideki Matsuyama.

• But he can hang his hat on one thing. Tiger was under par on the back nine. He made five birdies in 10 holes, then made birdies on Nos. 14 and 17 to keep the round from ballooning. Doesn’t seem like much, but it’s a big deal. He showed that he’s still the ultimate grinder.

• A lot of tweets today, all of them money, but this one always creates a conversation. Tiger deserves to make his own rules. It’s his world and we’re just renting space. But is this an age thing or a body-type thing? The latter, right?

When is it too old to wear a white belt? Asking for a friend.

• What happens tomorrow doesn’t matter. The first two rounds were enough to prove to us that, as long as he’s healthy, Tiger still has a little something left in the tank. How much and for how long are questions for another day. But this week, as long as he finishes, has been a huge success.