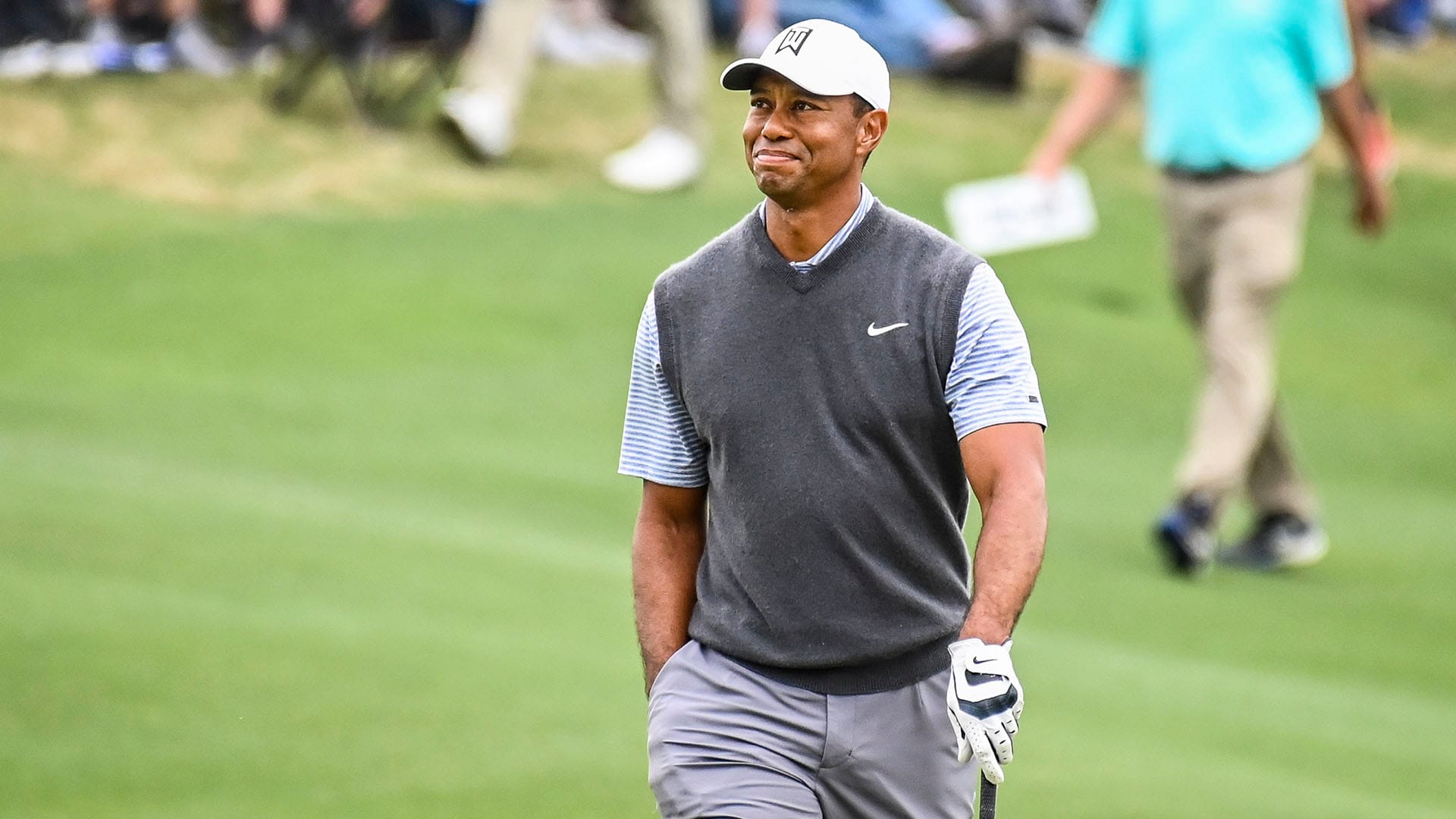 AUSTIN, Texas – Following two days of relatively lackluster play, Tiger Woods offered a wildly understated assessment of his Day 3 match at the WGC-Dell Technologies Match Play: “I just got hot right when I needed it,” he said. In his defense there was a lot of ground to cover:

• After falling behind in his must-win match against Patrick Cantlay, Tiger played his last six holes in 6 under par for a 4-and-2 victory and a spot in the Round of 16, where he will play Rory McIlroy on Saturday morning.

• First the highlight. After struggling with momentum all week, Tiger essentially put the match away, at least emotionally, when his approach shot from 83 yards at the 13th hole kicked left and spun perfectly into the hole for an eagle and a 2-up lead. “I knew I needed to put it up there to at least have a chance at [birdie], to force him to have a good pitch from down there and a bit of a bonus,” he explained.

💥💥BOOM💥💥 Tiger holes out wedge from fairway. CAN YOU DIG IT!!!

• Although the 13th hole will make the highlight shows, it may have been his 21-footer for birdie at No. 11 that propelled Tiger to victory. Trailing by a hole at the time it was a crucial putt at a crucial moment to tie the match. “Eleven was big because I had a little bit of momentum from what happened at 9 and I hit a good putt at 10,” Tiger said. “I said, just keep plugging along, it's going to turn, and eventually it really did turn, it turned pretty nicely.”

• After losing his Day 2 match to Brandt Snedeker, Tiger needed to beat Cantlay and have Aaron Wise defeat Snedeker to advance. After going winless in his first two matches Wise rolled to a 6-and-4 victory and had closed out Snedeker before Tiger had completed his match.

• Tiger said the WGC-Match Play would be a good tune up for the Masters, his next start, because he was assured of playing three rounds. The prospect now is four rounds over the next two days, which probably isn’t the best option for a player with chronic neck problems and a back that’s been operated on three times. “I think it makes a big deal for me the fact that I've got a chance to end my match this early in the day,” he said. “I get to rest all afternoon, get worked on and be ready by tomorrow morning.”

• Although Tiger and McIlroy have never played against each other in the Ryder Cup they have spent a good amount of time paired together on the PGA Tour. Saturday’s match will be the 19th time they’ve been in the same group, including Rounds 1 and 2 earlier this year at the Genesis Open.