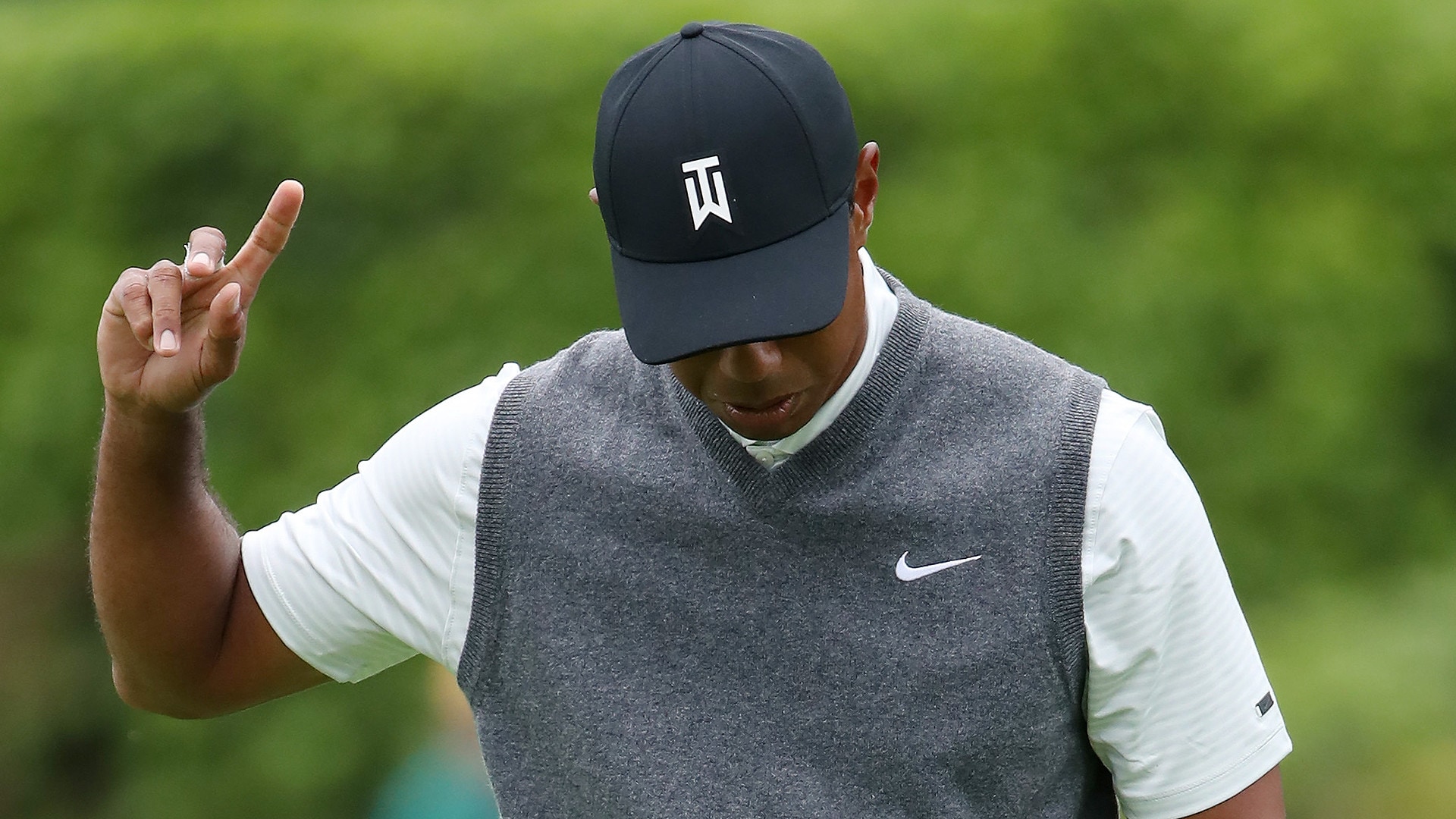 PEBBLE BEACH, Calif. – Tiger Woods shot 1-under 70 in the first round of the 119th U.S. Open at Pebble Beach. That’s the good news. Bad news is that he played alongside Justin Rose, who shot 6-under 65 and leads the championship.

Here are a few nuggets from a stroll with the legend around these hallowed grounds:

• It was a weird day. Seems like if Tiger hit a good drive, he’d hit a poor approach shot and if he hit a poor drive, he hit a better approach shot. The only thing that was constant was his putting, which bailed him out several key times.

• That Tiger struggled with his irons and still shot 70 has to be a good sign for the next three days. I think. Doesn’t it? If he can shoot under par without what has been the best part of his game that’s a good thing.

• Par at the par-5 14th hole looked like a double bogey the whole time, until it wasn’t. Tiger’s second shot was in the greenside bunker, but he blasted his third out into the thick rough beyond the green. His fourth shot was chopped onto the green more than 30 feet from the hole. He drained the long putt for par and that was that.

• Speaking of double bogey, he made one of those – a real one – on the par-3 fifth hole when he hit an atrocious tee shot long and left of the green. He was lucky it didn’t bounce out of bounds. Tiger’s second was long, his third was 8 feet by the hole and he two putted from there for double-bogey 5.

• Back to putting. It bailed him out more than just on the 14th hole. Tiger made a 20-footer for par on the second, a 25-footer for birdie on the par-3 seventh hole and made a terrific two putt from 60 feet on the par-4 15th.

• In his own words: “I didn’t hit my irons as crisp as I’d like. I tried to miss the ball in the correct spots, and a couple of times where I had wedges in my hand I was just dumping, center of the green, move on, get my 30-, 40-footer and move on about my business and take my medicine when I was in a bad spot.”

• Looking ahead, Tiger gets back out there in the morning at 8:24 a.m. PT (11:24 a.m. ET) but he starts his round on the 10th hole. After his first round he noted that he’s zeroed in on the first seven holes as the place to “make hay” this week. So, on Friday it means he’ll try to hang on over the first nine holes before he starts to go for it more once he makes the turn.