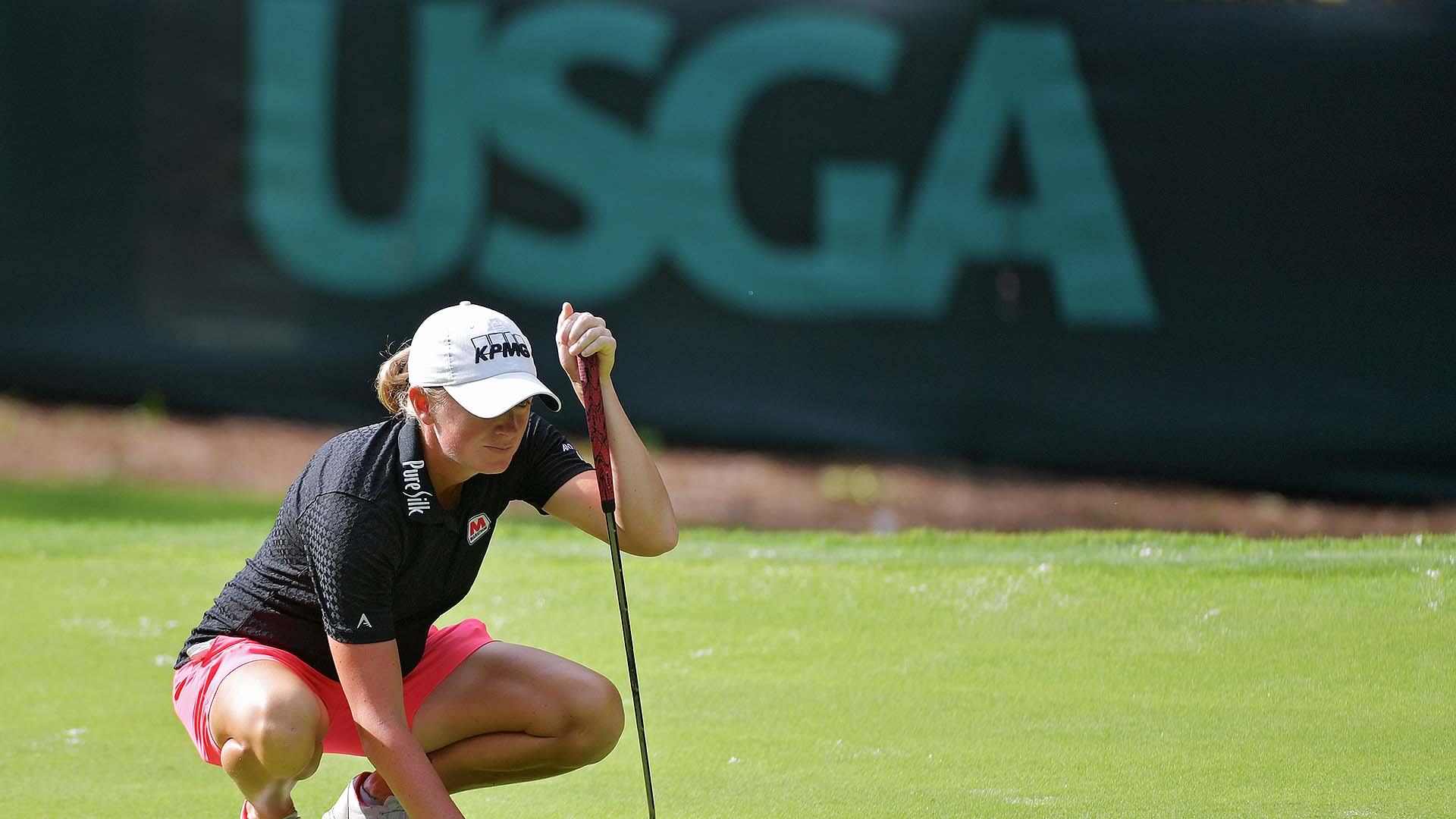 Stacy Lewis was disappointed her request for a special exemption to allow her to play in this year’s U.S. Women’s Open was rejected, forcing her to qualify, but she received good news from the USGA before she teed it up Saturday at the Hugel-Air Premia LA Open.

The two-time major champion and former world No. 1 was offered and accepted special dispensation that allows her to play while the USGA conducts a review of its maternity extension policy for competitors.

“Fundamentally, we think this is the right thing to do,” Craig Annis, the USGA’s managing director of marketing, communications and community affairs, told GolfChannel.com.

Brittany Lincicome, who used the current USGA policy to defer her qualifying status to next year, also was offered special dispensation to play the U.S. Women’s Open at the Country Club of Charleston in South Carolina May 30-June 2. She told the USGA that she isn’t sure yet whether she will use it. She is about five months pregnant.

Lewis gave birth to her first child, Chesnee Lynn, last October. Lewis took off the second half of last year to prepare for the birth and slipped outside the U.S. Women’s Open qualifying standards. She can still qualify on her own this year, but she sought an exemption to assure her place wasn’t lost because of pregnancy.

Lewis is No. 65 in the Rolex Women’s World Rankings. She can still qualify by moving among the top 50 on the Monday before the championship begins. Or through sectional qualifying. Or by winning an LPGA event.

After her request for a special exemption failed, Lewis, 34, appealed to the USGA to consider amending its maternity policy for competitors. The organization quickly reacted.

“It wasn't about me personally,” Lewis said. “If I didn't play this year and it caused things to change, that's great, too. So I'm just glad it worked out in my favor this time.”

Annis said the special dispensation allows the USGA to address issues that players like Lewis and Lincicome face this year while the organization does a “full review” of its policy, which will include looking at the major changes the LPGA made to its maternity policy earlier this year, as well as the policies of other organizations.

“When we look at our own USGA staff policy around maternity leave, what we are essentially saying is when you go out on maternity leave, your status remains the same within the organization,” Annis said. “And when you come back, you can expect that as well.”

Under the USGA’s current “maternity extension” policy for competitors, a player who has met qualification standards for the current year can defer her status until the following year, due to maternity.

Lewis appealed to the USGA, saying she didn’t believe a player should have to make a choice. She was heard.

“We thought this is an opportunity to refresh our policy and go a few steps further,” Annis said. “As we did that, we recognized we weren’t going to be able to come up with a policy in a short period of time that would address the myriad issues that we want and need to address.”

So Lewis and Lincicome were offered the special dispensation.

“We wanted to reach out to make sure they were welcome to play if they chose,” Annis said.

With a baby boom on tour, the LPGA revamped its maternity policy this year, giving mothers and expectant mothers more options.

Under the former LPGA policy, a player taking maternity leave was limited to no more than 10 tournament starts in the year she was taking leave. Under the new policy, a player can play an unlimited number of events in the year she takes leave. Also, the new policy gives a returning mother more time to come back to the tour. It allows moms to spend more time with their babies before returning.

Under the new policy, a mom can take up to two years to return to the tour, without losing the status she had when she started her maternity leave. Plus, once a mom decides to return to the tour, she can play under a maternity extension that would give her a number of events, rather than a calendar year, to retain her status. For example, if there are 30 events on the tour schedule, a player returning in July would have 30 tournaments to retain her status. She could do so over two seasons. That’s 30 tournaments on the schedule, not 30 starts by the player.