Wait is on: Mickelson's 44th PGA Tour win on hold until Monday 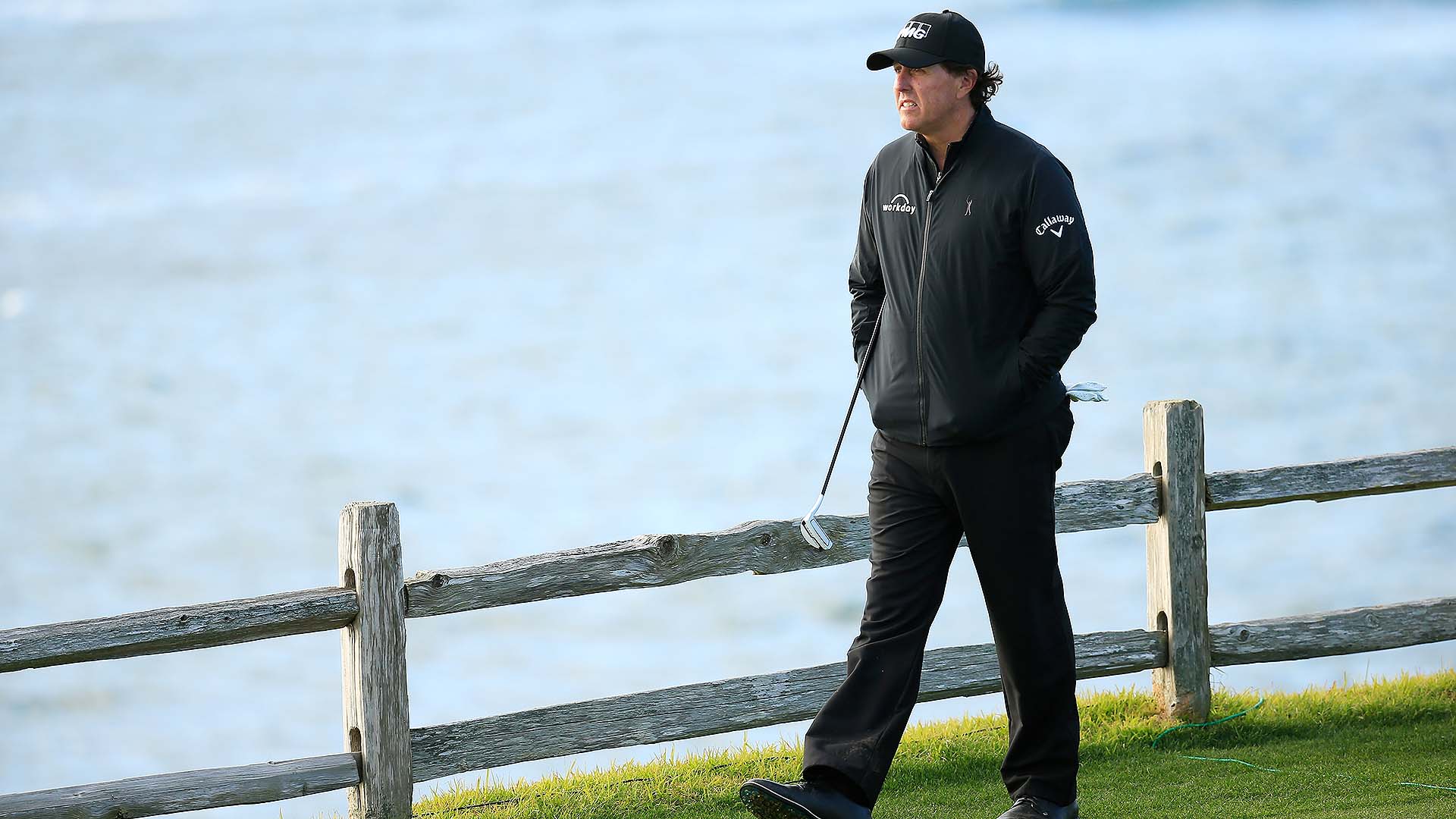 PEBBLE BEACH, Calif. – Phil Mickelson gave himself a chance Sunday to win the AT&T Pebble Beach Pro-Am for the fifth time in a final-round charge he desperately wanted to finish in the dark.

That’s about all Mickelson didn’t get to go his way in the suspended final round.

“I can see fine,” Mickelson insisted before finally relenting to come back Monday and finish up the final two holes.

“It’s not over yet,” Paul Casey said.

Three down to Casey at day’s start, Mickelson will go to sleep on a three-shot lead.

With six birdies and no bogeys over 15 holes, Mickelson is sitting at 18-under overall.

Scott Stallings joined Casey at 15 under, but Stallings can’t make up any more ground. He’s done. He posted 66 before sun set.

“I genuinely couldn’t see my putt at 16,” said Casey, who has a 3-footer left there. “Hopefully, I can see what I’ve got for par there, knock that one in, and then I’m going to smash it straight at it, be aggressive at 17.”

Mickelson wanted to get to the 17th tee, but Casey, reasonably, wasn’t agreeing.

“I have pretty good vision,” Mickelson said. “I can see fine, and I'm playing well, so I wanted to continue and that's all there is to it. But I totally get where he's coming from. And in all honesty, it's probably a good thing.”

Mickelson, 48, is on the verge of closing out his 44th PGA Tour title.

That’s what all those Mickelson fans must have been thinking after waiting through a morning hail storm to see him tee it up alongside Casey. They couldn’t make their start with hail pelting down, leaving what looked like sheets of ice on the greens.

Apparently, Mother Nature is a Mickelson fan, too.

Like a football coach calling a timeout to freeze a kicker, she made Casey think a little bit more about protecting his 54-hole lead. Casey was supposed to go off with Mickelson at 9:50 a.m. local time. He didn’t hit his opening tee shot until more than three hours later. Two weather delays left Mickelson leading his fans in a chase against the setting sun.

“It's an awesome feeling and to feel the support of the crowd,” Mickelson said. “It’s been really cool, and I would have liked to have finished it off in front of them.”

After a half inch of rain fell overnight, Sunday’s start was delayed more than an hour. After the hail storm hit, there was more than a two-hour delay.

Casey birdied the second hole, but he went as cold as the damp, chill air after that.

His three-shot lead was gone after 10 holes, and it appeared to stagger him. Three holes after Mickelson tied him, Casey was three shots down.

“Phil’s put together a spectacular round of golf, 6 under, no dropped shots. Remarkable stuff.”

Casey’s history with 54-hole leads will grow dismal if he doesn’t do something spectacular himself. He’s 1 for 4 trying to turn them into victories.

“I need to do something special,” he said.

Mickelson birdied four of the first 10 holes. The pressure he was applying appeared to rattle Casey, who answered with back-to-back bogeys.

“It's nice to be playing well and to be on a roll,” Mickelson said. “But I've got to finish it off, and I still have a lot of work ahead of me tomorrow.

“I know a lot can happen in these two holes, and they have happened in the past,” Mickelson said. “So, I want to stay focused and just come out tomorrow and try to finish it off. I wish we could do it tonight.” 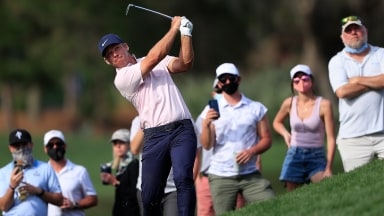