Remember when: Bockerstette amazes Woodland with greatest par ever 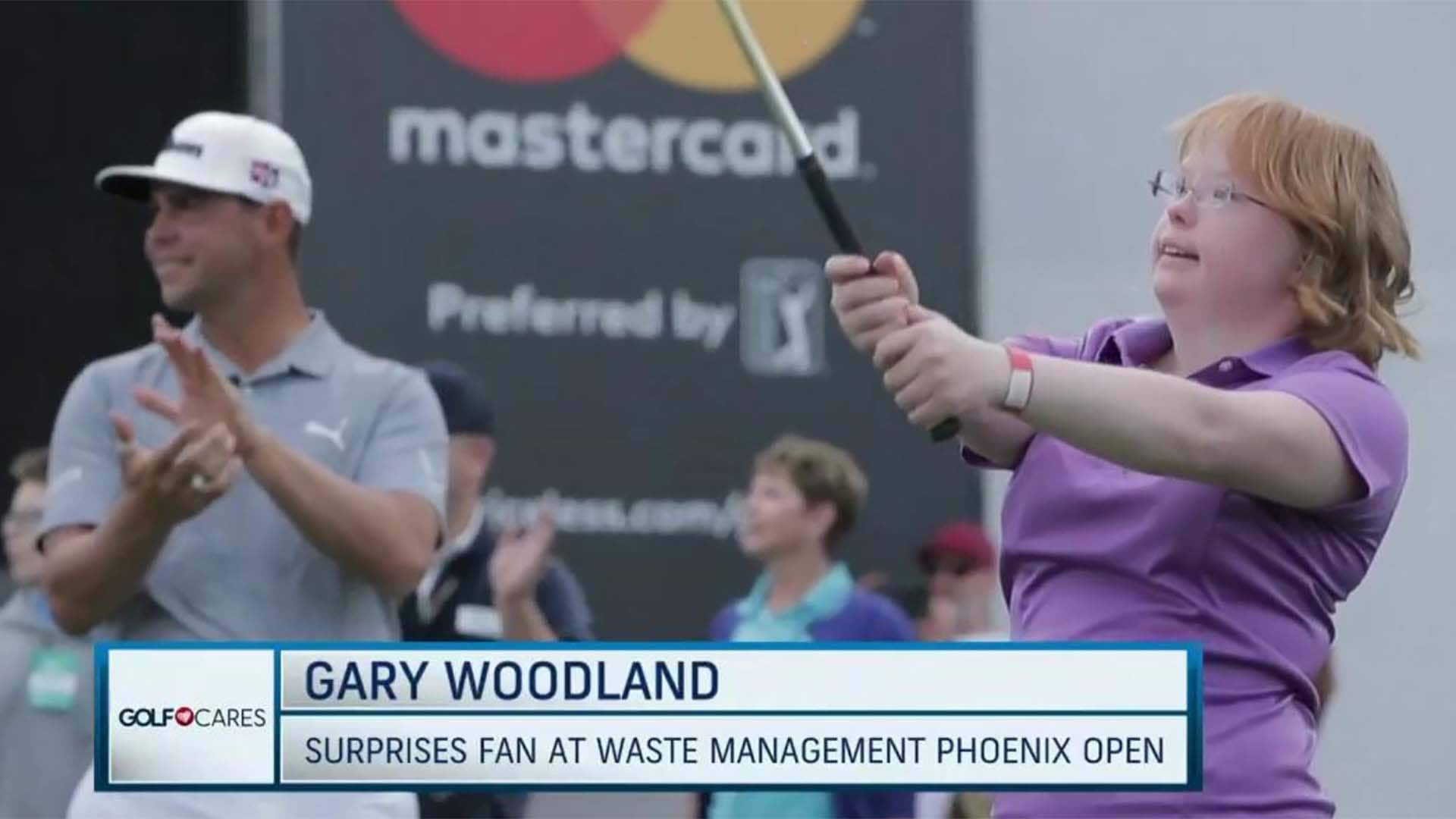 Editor's note:Here's a look back from the 2019 Waste Management Phoenix Open, when Special Olympian Amy Bockerstette amazed Gary Woodland and the golf world.

SCOTTSDALE, Ariz. – Gary Woodland has been a part of some cool moments on the golf course. But Tuesday’s experience on the 16th hole at TPC Scottsdale takes the cake.

“That is by far the coolest thing I've ever experienced,” said Woodland, who watched alongside Matt Kuchar as 20-year-old Amy Bockerstette made par on the most pressure-packed par 3 in golf.

“To step up in front of all the people and the crowd and everything, and to hit the shots that she hit and make par, I never rooted so hard for somebody on a golf course.”

It’s easy to root for Bockerstette, who has Down syndrome but hasn’t let it stop her from pursuing her golf dreams. In high school, she became the first golfer with Down syndrome to compete in the Arizona state high-school golf playoffs. And last year she made more history by receiving a golf scholarship to Paradise Valley Community College.

“I told her yesterday she was an inspiration to all of us and we can all learn from her,” Woodland said. “She was dealt with some serious issues and she's overcome them, and she is phenomenal.”

When Woodland, the defending champion of this week's Waste Management Phoenix Open, first heard of Bockerstette’s story last week, he was excited to help make another dream come true. With help from the PGA Tour and Special Olympics, Bockerstette scored a tee time on the 16th hole.

What happened after that is more than enough to bring tears to any eye. Bockerstette wasn’t deterred after hitting her tee shot into a greenside bunker. Instead, she confidently strolled toward her ball, declined advice from Woodland and her dad, and said aloud, “I got this.”

Boy, did she ever. She stepped up and splashed her ball to 10 feet. Then she calmly sank the putt.

How a superstar named Amy teamed up with @GaryWoodland to win the hearts of the 16th hole crowd @WMPhoenixOpen.#LiveUnderPar pic.twitter.com/iRhZbvdjuP

“I told her I needed to get lessons from her,” Woodland said. “That shot she hit – I was hoping she got it off the tee box. I figured she would be a little nervous with a couple thousand people there watching her. And when it was in the bunker, I asked her if she wanted me to take it out. I didn't know if she wanted to go in.

“She said, ‘No, I got this.’ And she was right, she did. It was awesome to see. And then the putt, I mean I never rooted so hard for something and it went in center cut.”

Woodland said it was the first time that he’s ever gone viral. Though he was quick to point out, “It was all about her.”