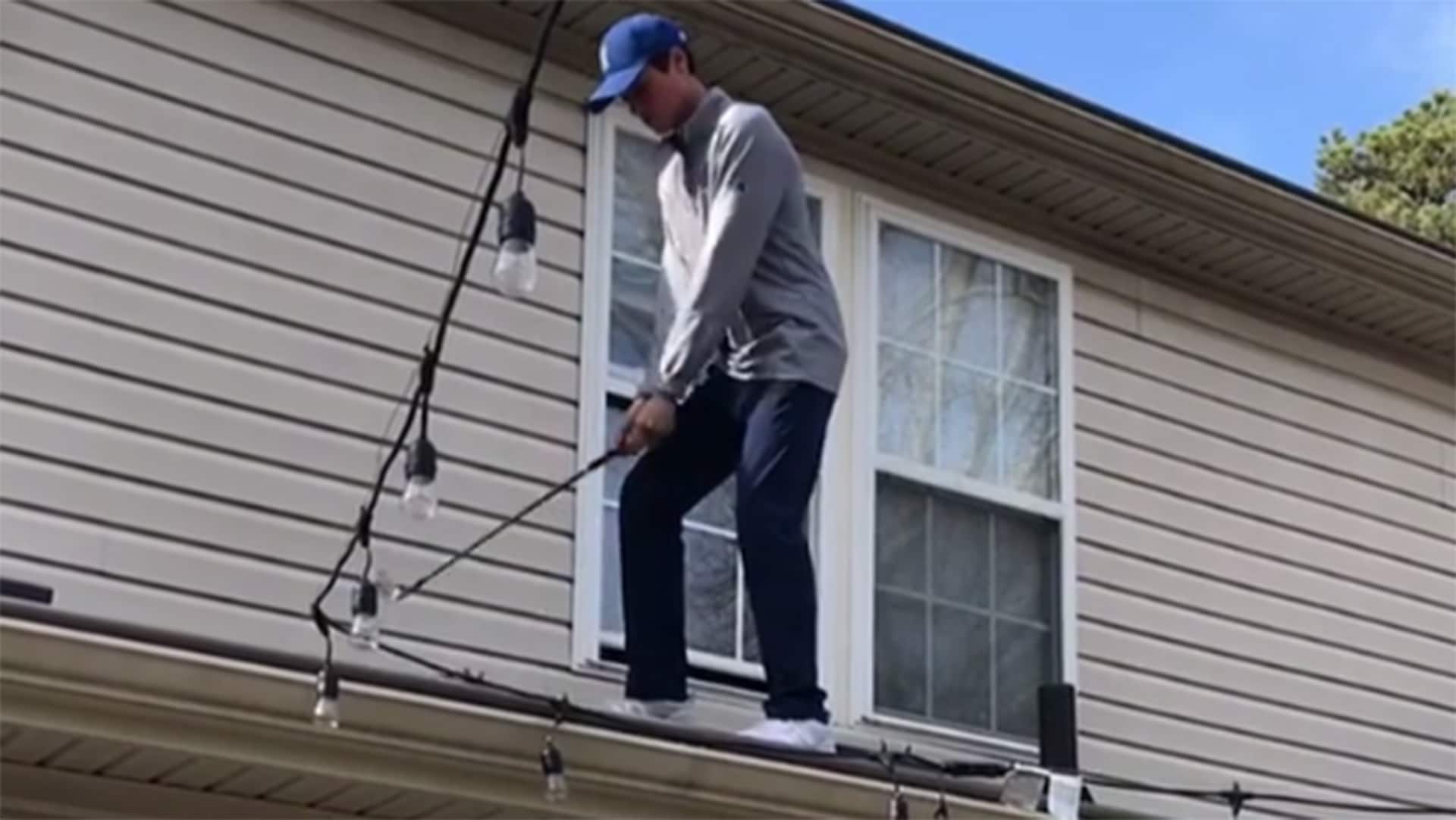 A young man became a hero to us all on Monday when the NBC Sports Twitter account shared his daring ingenuity with 900,000 followers who are all now rearranging their patios.

New Jersey teenagers James Dalzell and Michael Mitnick run the Instagram account stamped on the video, @thatgolfgrind. Per a release from the Philadelphia Section of the PGA, the two have been honing "their trick shot skills indoors during the winter snow storms that wreaked havoc on the northeast."

The duo has gotten big enough that they were recently featured of an episode of the Steve Harvey Show. They've also received a nod from Golf Channel's own Morning Drive.

Thanks for all of the support everyone! And thanks to @golfchannel for featuring us. More crazy shots coming

You can find a sampling of their other tricks in the videos embedded below. We're sure they're just as eager as their parents for summer to come.