Watch: McIlroy takes on island green with every club 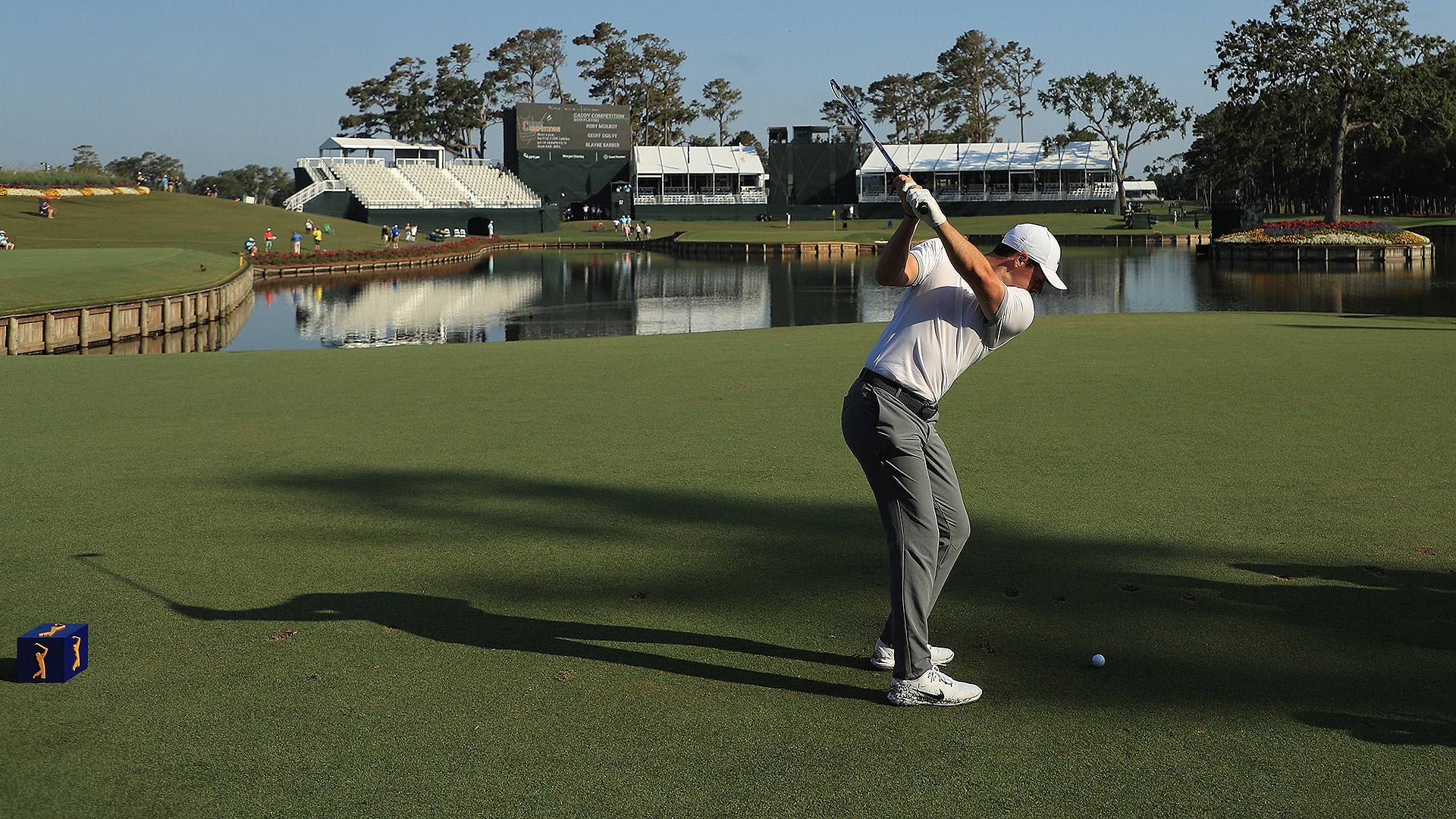 The island green on the 17th hole at TPC Sawgrass can be tough to hit under normal conditions. But what if you're asked to do it with a driver?

Rory McIlroy took on the full-bag challenge recently, with The Players now only a few weeks away as it returns to its former date in mid-March. McIlroy stood on the pro tee and took on the 137-yard shot with every club in his arsenal outside of his putter. The results were somewhat surprising, as he found the green with just four of his 13 shots: pitching wedge, 9-iron, 7-iron and, perhaps most impressively, 3-wood.

While it's unlikely he'll need the 3-wood for No. 17 next month, it wouldn't be unheard of for players to turn to a 7-iron should the brisk winds kick up as they sometimes did when the tournament was held in March until 2006. Check out full video of McIlroy's efforts below: