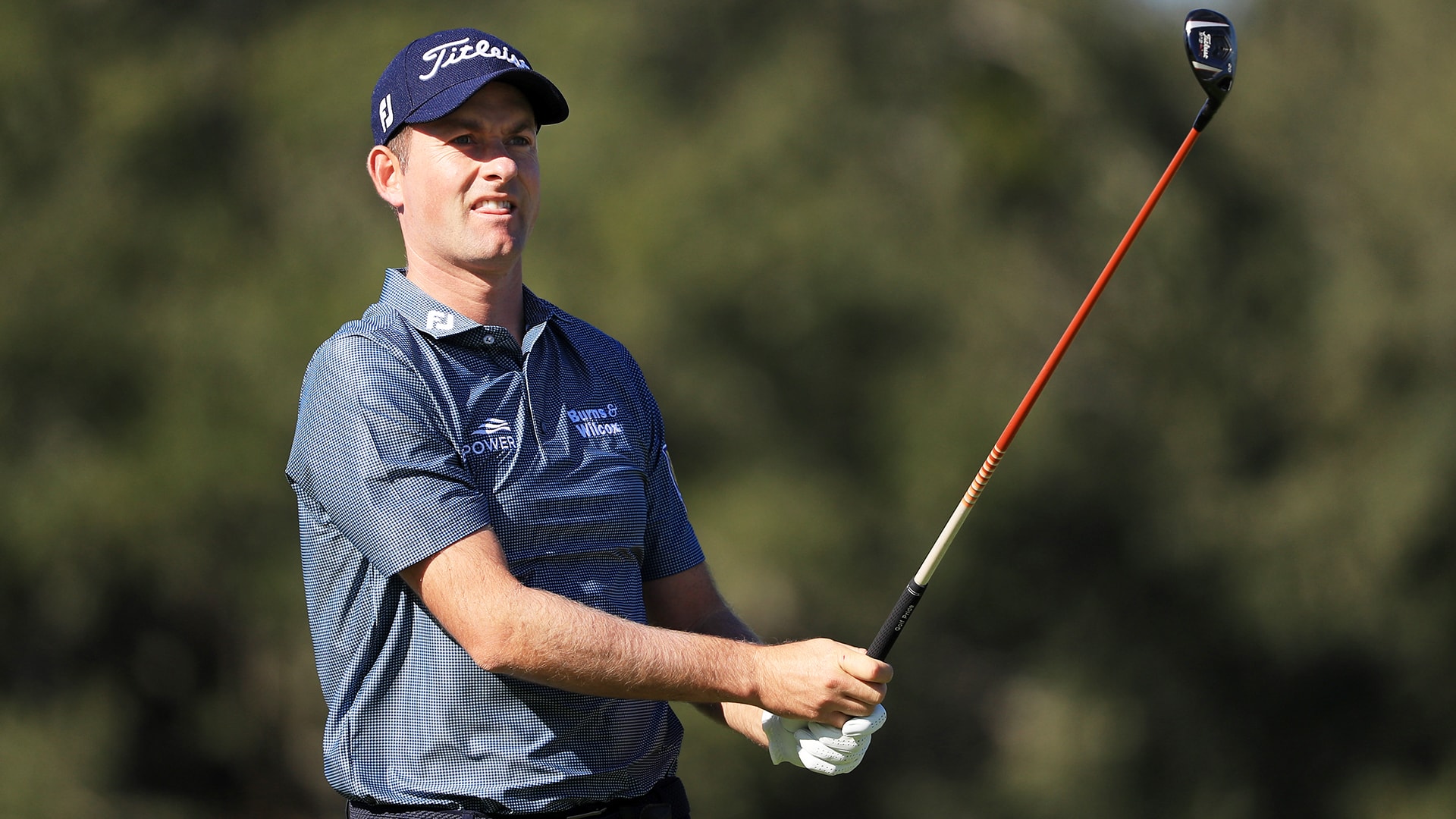 The final official PGA Tour event of the year is underway, and a former major champ is out in front. Here's how things stand after the opening round of the RSM Classic, where Webb Simpson got hot late in the round and took a one-shot lead:

What it means: This week's field is split between the Seaside and newly-redesigned Plantation courses at Sea Island, with the Seaside layout hosting play over the weekend. Simpson carded the low round (to par) on the easier of the two, and he's back in front at an event where he lost in a playoff back in 2011. But it's crowded near the top amid ideal scoring conditions, with nearly 30 players starting the week with rounds of 4 under or better.

Round of the day: Simpson started slowly on the Plantation Course, playing his first five holes in 1 over. But he birdied the next hole and didn't look back, shooting a 6-under 30 on his second nine. At No. 12 in the world he's the highest-ranked player in the field, and this continues a run of solid results for a player who finished T-7 in his lone other fall start and hasn't finished outside the top 30 in a stroke-play event since March.

Best of the rest: Going off raw score, Tringale's 6-under 64 on the Seaside Course edges the 7-under 65 from Simpson on Plantation. Tringale remains in search of his first career victory on Tour, having rallied to keep his card late last season. He already has two top-20 finishes this fall and closed his opening round with three birdies over his final four holes.

Biggest disappointment: Billy Horschel lost a playoff at this event three years ago, and he finished T-8 last week in Mexico. But Horschel has work to do if he's going to make the cut after opening with a 2-over 74 on the Plantation Course, a round that included five bogeys.

Main storyline heading into Friday: Given Simpson's track record, both at this event and this year in general, he's likely to linger near the top of the standings throughout the weekend. But keep an eye on a pair of players in the logjam at 4 under: Patrick Rodgers, last year's playoff runner-up, and Brendon Todd, who's off to a solid start as he looks to win his third straight event.

Shot of the day: Johnson Wagner made an albatross on the par-5 15th hole on the Seaside Course, holing his approach from 256 yards. The shot helped Wagner to a 3-under 67 in the opening round.

Quote of the day: "Playing with guys who are making birdies, it's hard to stay patient. But I was able to do that." - Simpson