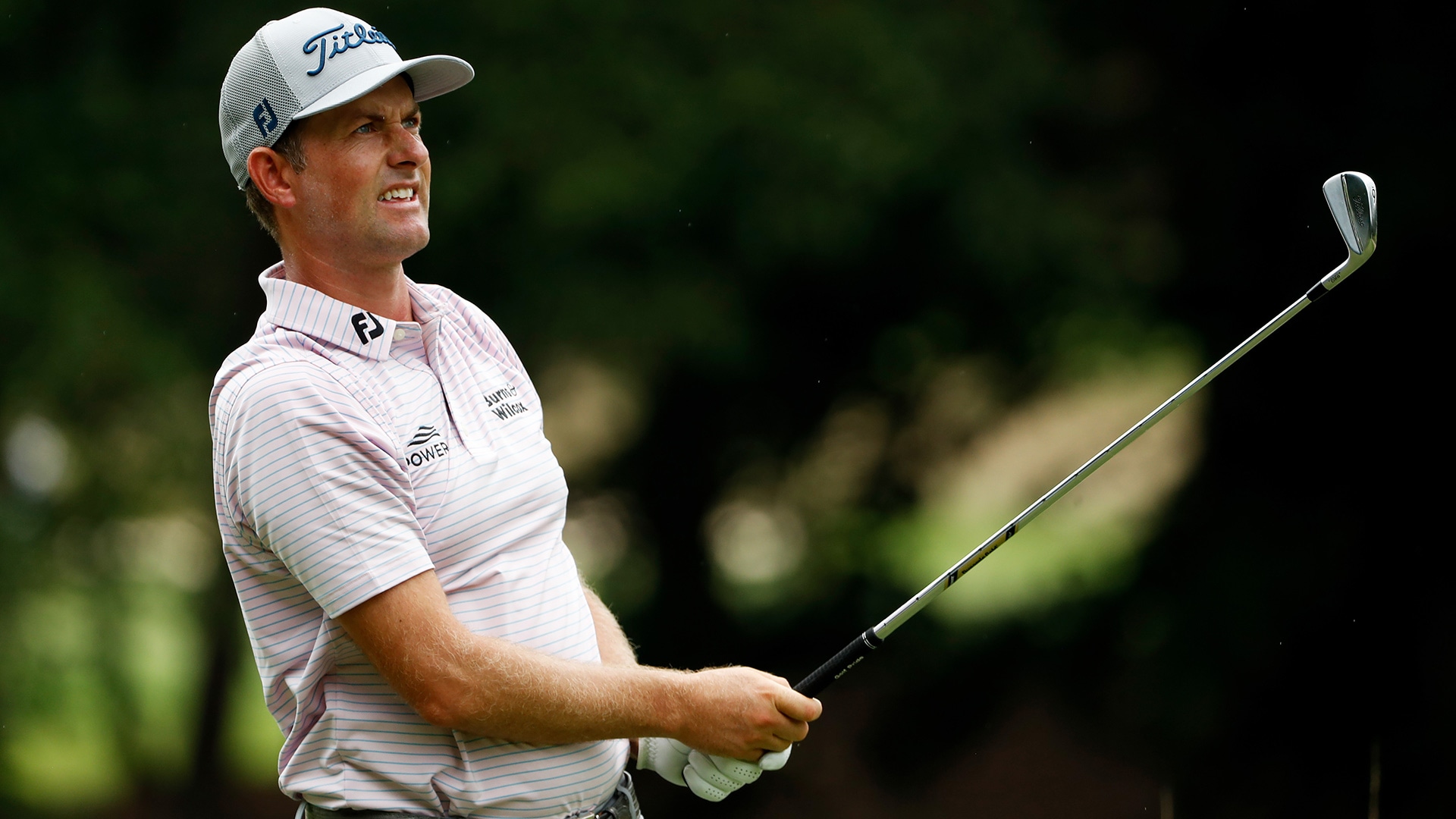 GREENSBORO, N.C. – A round of 5-under 65 is the stuff most amateurs can only dream about, and it’s a score that even the best PGA Tour pros would likely accept before starting their round. But Saturday at the Wyndham Championship, that same total left Webb Simpson shaking his head.

Simpson has been a dominant force at Sedgefield Country Club over the last decade, earning his first PGA Tour win here in 2011 and finishing T-3 or better each of the last three years. He was once again in the mix after opening the week with consecutive 66s, and he went one better during the third round. But with the other leaders around him going even lower amid soft conditions, Simpson drifted from two shots off the lead to five shots back and was left to rue a number of missed opportunities on the greens.

“I played great. It’s probably the best I’ve played in a long time. I just didn’t capitalize when I needed to,” Simpson said. “Today could have been a really low one, and just dropped a couple shots. So definitely a little frustrating.”

Simpson got off to a strong start, with six birdies over his first 10 holes. But that stretch included misses from inside 8 feet on Nos. 6 and 7, and he failed to convert a 7-foot birdie attempt on No. 16. As a result he’s now among a tie for seventh at 13 under heading into the final round, with half a dozen players above him including leader Si Woo Kim.

Simpson has now averaged 65.3 over his last 15 competitive rounds at Sedgefield, and his last nine rounds here have all been 66 or better. He still has an opportunity to snag another victory at a tournament he holds close to his heart, but he’s well aware that a Sunday charge will require more efficiency from close range.

“I’d like to have gotten a couple more, but still got a chance tomorrow,” Simpson said. “That’s all you can ask for.”