Simpson leads after career-low 61 at Greenbrier 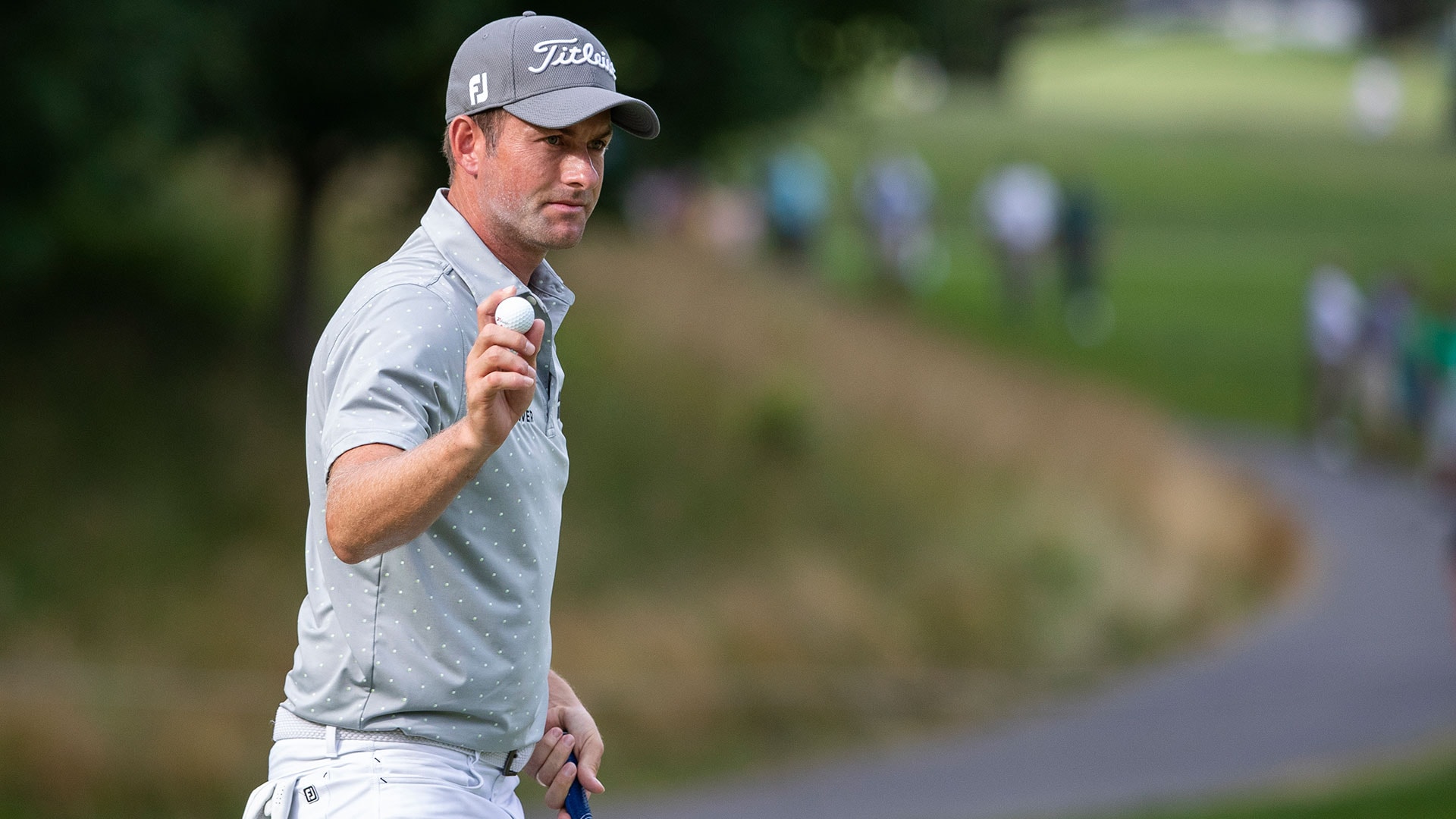 Webb Simpson had a long time to think about his only bad shot during the opening round at The Greenbrier.

Simpson was 7 under after 12 holes, including a chip-in eagle on No. 12, but had just blasted his drive on No. 13 into long grass right of the fairway when the horn sounded to suspend play because of inclement weather. After returning to the course, Simpson punched back into play and promptly got up and down from 123 yards to keep a clean card.

He added two more birdies coming home to open with a 9-under 61, a score that both gave him a one-shot lead over Whee Kim and marked his lowest-ever round on the PGA Tour, surpassing a 62 at the 2015 Sony Open.

Simpson admitted to thinking about shooting a 59 after a birdie on No. 16 took him to 9 under, but even after closing with a pair of pars instead of birdies that would have given him a piece of scoring history, he had plenty to smile about.

"It was kind of a bummer to end the round that way after having a chance (at 59). But overall a great, solid day," Simpson told reporters. "I've worked on a couple things my last week off and seeing some good results from the work."

Simpson cruised to victory earlier this year at The Players Championship, a breakthrough that marked his first win in nearly four years. He's in position for another trophy after torching The Old White TPC in the opening round, which has become somewhat of a frequent occurrence for a player who has three top-10 finishes at this event, including a third-place showing in 2014.

Simpson missed the cut at the Travelers Championship in his most recent start, but he finished T-10 at the U.S. Open the week before and appears poised to prove that his early exit at TPC River Highlands was merely a bump in the road in what is shaping up to be the best season of his career since winning the 2012 U.S. Open.