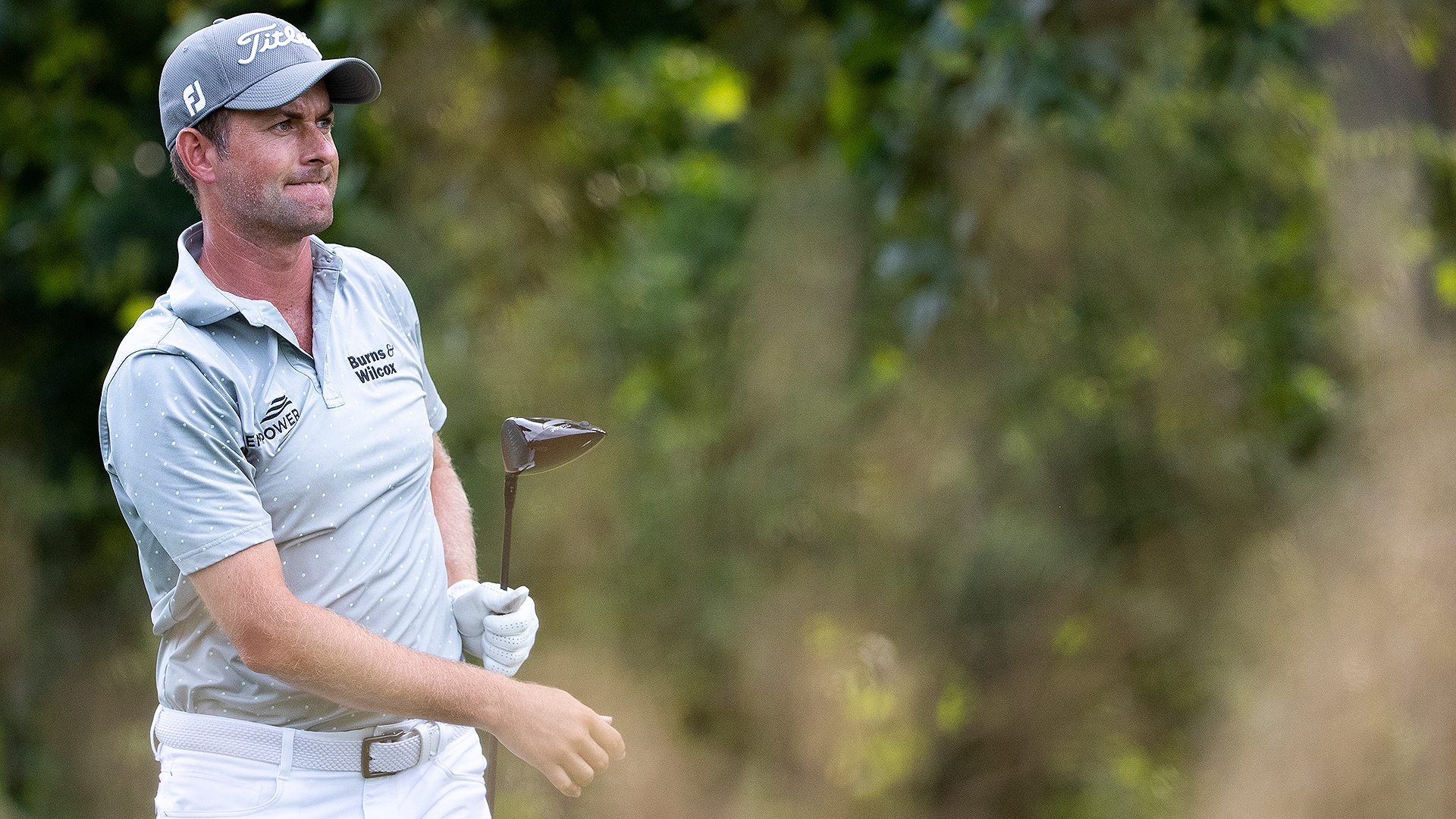 WHITE SULPHUR SPRINGS, W.Va. - Webb Simpson ran out of sensational shots in the end to keep him from joining an elite group.

Simpson shot a 9-under-par 61 for a one-stroke lead over Whee Kim after the first round of A Military Tribute at The Greenbrier in West Virginia on Thursday.

Simpson posted his best career score after shaking off a two-hour weather delay with six holes left in his round. He came up short in his bid to shoot the eighth sub-60 round on the PGA Tour. Needing birdies on the par-5 17th and the par-3 18th for a 59, he parred both.

Kim had back-to-back bogeys on the front nine on the Old White TPC, and then ran off five birdies over a seven-hole stretch. The South Korean had 10 birdies overall and shot 62. Teenager Joaquin Niemann of Chile was another stroke back at 7-under 63.

Kelly Kraft shot 64 while Jason Kokrak, Keegan Bradley and J.J. Henry were at 65.

Playing in the afternoon, Simpson had three consecutive birdies around the turn, then chipped in for eagle on the par-5 12th to move to 7 under. A few minutes later, the horn sounded stopping play just as he was hitting his tee shot on the par-4 13th. The shot landed on a hillside.

''Momentum is a funny thing, but I should feel good when I get back out there,'' Simpson said during the delay.

After play resumed, Simpson's pitch from the hill went across the 13th fairway into tall fescue. His approach shot landed 3 feet from the pin and he escaped with par. He added birdies on the par-4 14th and 16th holes.

Simpson, whose four-shot victory at The Players Championship in May was his first win in more than four years, has seen his share of chances in West Virginia before. He finished third in 2014 and lost a one-stroke lead on the back nine in the final round in 2011 and 2012.

He's got several youngsters chasing him.

The 26-year-old Kim has never won on the PGA Tour, losing in a three-way playoff in Las Vegas in November.

The 19-year-old Niemann had his lowest score in nine PGA Tour starts this season. Niemann played in this tournament a year ago as an amateur, shot 64 in the final round and tied for 29th place.

''I'm one of the youngest out here so I feel like I've got nothing to lose,'' Niemann said. ''My game was feeling really good and my putter was good. So all my game was good today.''

Defending champion Xander Schauffele was among a large group at 4-under 66. That also includes Phil Mickelson, playing in his first tournament since the U.S. Open, when he intentionally violated golf rules by hitting a moving ball on the 13th green in the third round. He later apologized, saying his anger and frustration got the best of him.

Mickelson missed the cut at The Greenbrier in three of his four previous appearances.

Bubba Watson, starting on the back nine, jammed his wrist on a bunker shot on No. 11. He finished the round and shot 2-under 68.

''It was one of those things where it stung, but I knew it would loosen up over time,'' he said. ''Once you make a birdie, it's good.''