Agree with him or not, you actually care what Phil Mickelson has to say 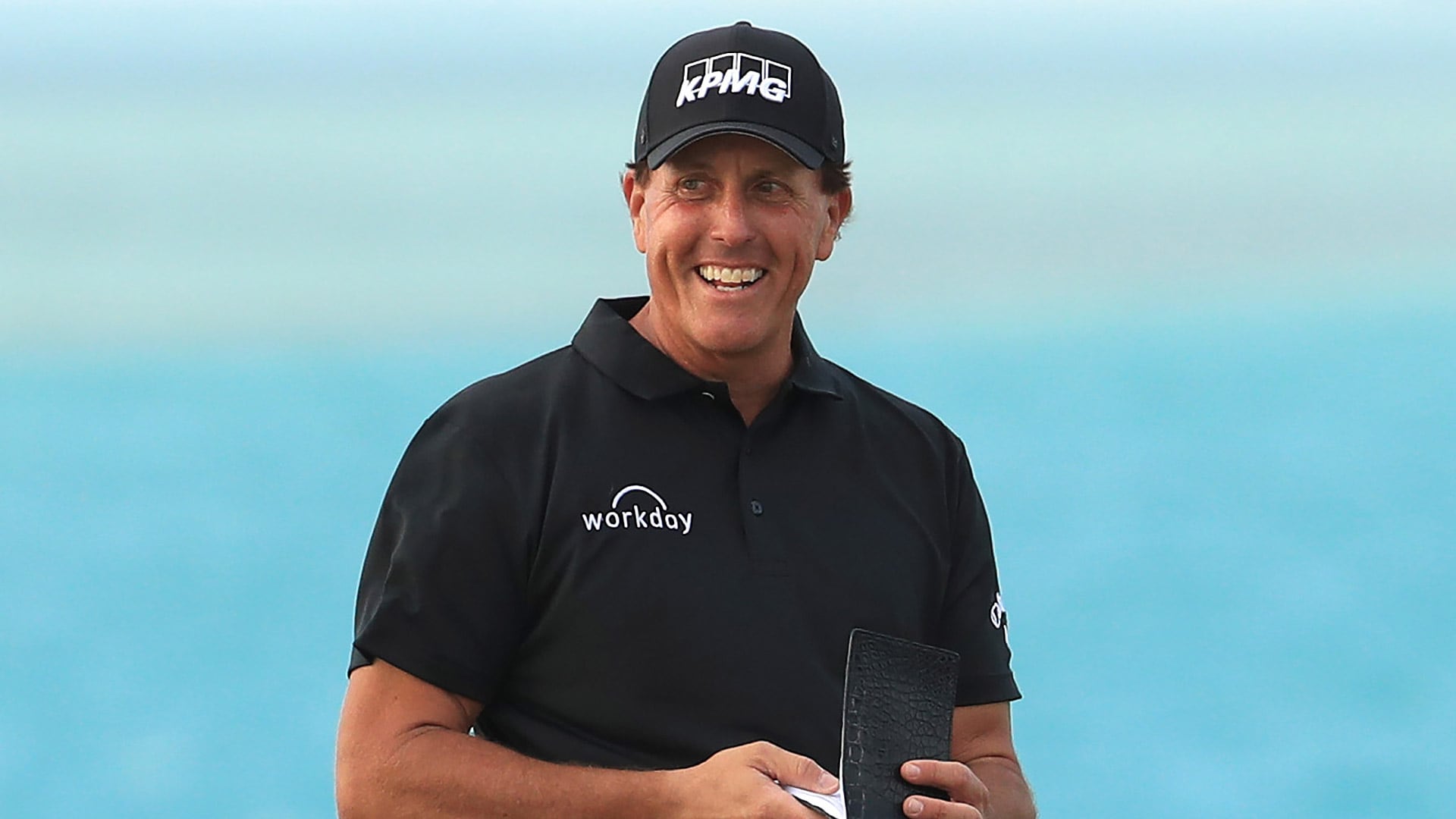 Phil Mickelson can be so grandiose.

Maybe it’s what you love most about him, or maybe it’s just what you love to hate, but it’s a quality so integral to his appeal as not only the game’s most entertaining player but also its most intriguing personality.

His ideas come jumbo-sized more than any player in the game.

They’re like his calves, with lives of their own.

His imagination isn’t just the 15th club in his bag.

It’s an agent of change.

That’s why he owns the stage in PGA Tour media centers.

His arrival is so highly anticipated because his ideas are like those “bombs” he has worked so hard to hit again. He can take the game’s conversations to places most players can’t reach.

Even when you’re thinking, “Well, he’s shoveling some B.S. here,” you’re also thinking, “Yeah, but that B.S. is gold.”

Really, even when you know Mickelson’s getting a little carried away, you’re going to go the extra mile with him. Because while that idea might end up bouncing off a tent somewhere on the way to a U.S. Open loss at Winged Foot, it also might end sailing impossibly from the straw through the narrowest of gaps in the trees on the way to a green jacket at Augusta National.

“He sees things others don’t,” Ben Crenshaw once said.

That’s why Mickelson’s opinion about this Premier Golf League proposal matters so much. Mickelson knows that. Asked on the side after his news conference Wednesday at the AT&T Pebble Beach Pro-Am what he thought of the bold, upstart plan, he paused. It’s been a week now since the PGL leaders outlined their intentions to him in a pro-am round at the Saudi International. He knows it’s a renegade idea. He knows whether this idea ends up bouncing off a tent into a bad spot or sailing to glory, there’s a lot more than a major championship hanging in the balance.

He knows his endorsement risks more than his own future as a soon-to-be 50-year-old.

“I’m not ready to talk about it publicly,” Mickelson said. “I’m still taking it in, but I learned a lot.”

What Mickelson learned will shape the opinion of many of his Tour brethren.

Will the guy who wasn’t afraid to take on captain Tom Watson’s legend take on the PGA Tour? 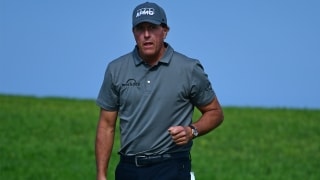 The Premier Golf League is just an idea right now, waiting to germinate. It needs somebody like Mickelson to give it a face, to give it the chance it doesn’t appear to have.

Until somebody with Mickelson’s stature signs up, it’s just a pipe dream, or at best what Rory McIlroy suggested: a potential catalyst leading to more changes on the PGA Tour and European Tour.

The Premier Golf League isn’t just a grandiose idea right now. It’s a dangerous idea. If it succeeds in luring away 48 of the top players in the world, the PGA Tour and European Tour will be sacked. They will be relegated to development-tour status, as feeder systems to something larger.

Surprisingly, there aren’t many PGA Tour pros standing up to defend the formidably proven structure commissioners Tim Finchem and now Jay Monahan have upgraded around the gifts of Tiger Woods. There aren’t many Tour members trying to squash the threat to what has made so many of them rich.

Maybe that’s because the threat won’t seem real until somebody like Mickelson takes the first step to commit.

The future of events like this week’s AT&T Pebble Beach Pro-Am depend on the PGA Tour’s health and well-being.

We saw the dual nature of Mickelson’s grandiose vision here on the Monterey Peninsula a year ago. We saw him win this event for the fifth time, with skill and confidence belying his aging stature.

And after he won, we heard that confidence lead to a grandiose prediction.

“I just think that both myself and Tiger are going to have a really, really good this year,” Mickelson said.

Well, Tiger won the Masters, but Lefty slid into a funk. He missed nine of his next 20 cuts, with no top-10s until a tie for third at the Saudi International last week.

The way that idea sailed off-course still makes him fume.

“After I won last year, I knew I was going to go out and just crush the rest of the year,” Mickelson said Tuesday. “And the rest of the year crushed me. Kind of reversed it. I did not play well. I didn't play up to my level of expectation, and it just kind of snowballed and got worse.

“But this is a different year, and I've had a great offseason and a lot of good things have happened in the last three, four months, and I'm very excited for the year. I know the first two weeks [this year] didn't go as planned, but the rest of the year is going to be very good.”

We’re clinging to that idea, because he’s just grandiose enough to make us wonder if maybe he was only a year off in his prediction, that maybe his winning the U.S. Open at Winged Foot this year will give us a lot of those same feelings we had when Tiger won the Masters last year.

At 50, Mickelson wouldn’t just complete the career Grand Slam. He would become the oldest man to win a major championship. That’s historically grandiose, the kind of big idea that would spectacularly punctuate a career full of them.

Phil Mickelson loves hitting bombs, but he also admits that there comes a point when he can't. 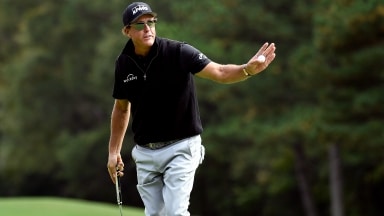