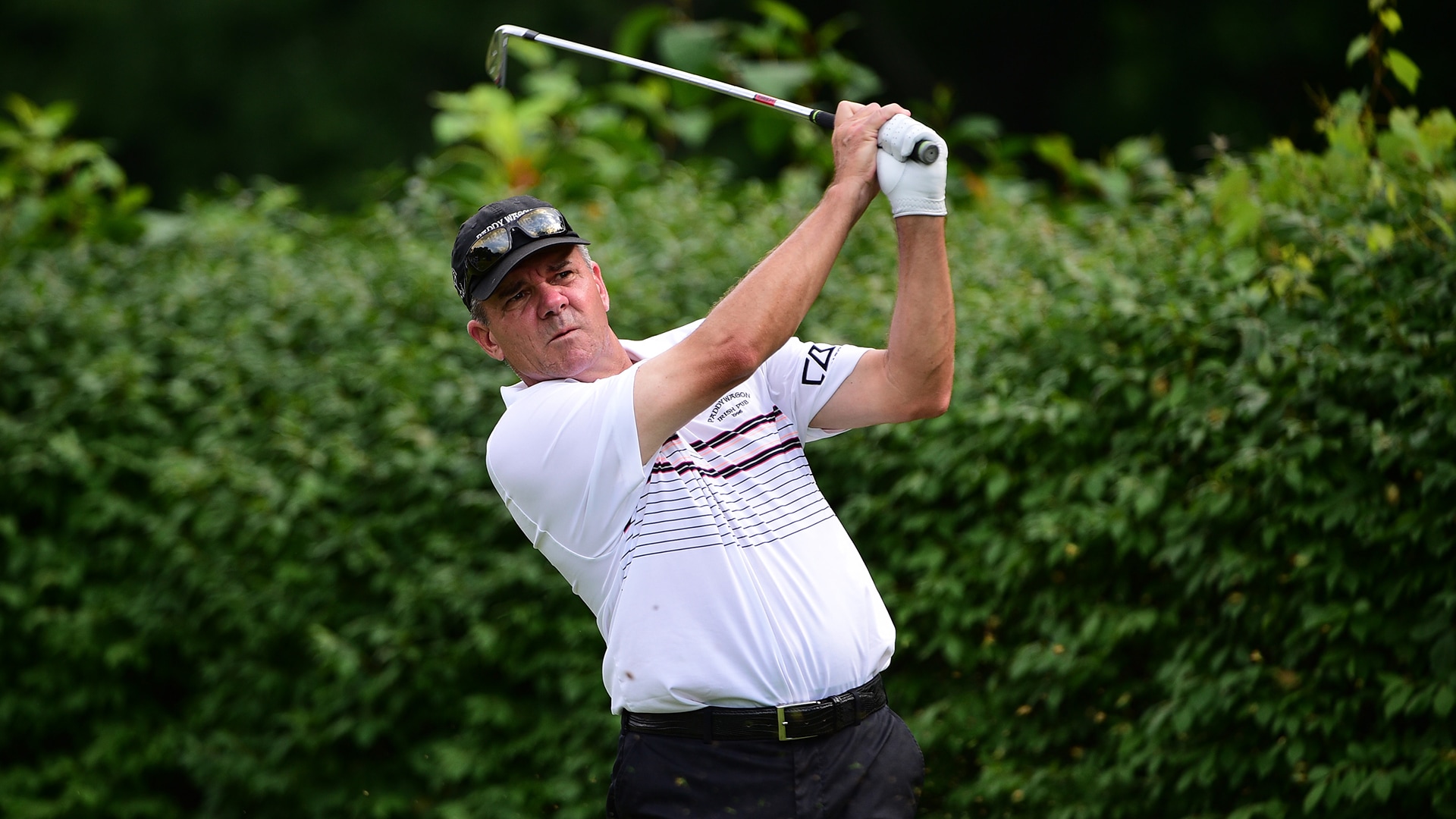 ENDICOTT, N.Y. - Scott Dunlap glanced at his scorecard and could only smile.

''Well, bogeying the first hole is usually my best way to start a round,'' he joked. ''I did that, so I knew it was going to be a good day.''

After that bogey on the opening hole at the Dick's Sporting Goods Open, Dunlap rallied with four birdies in a five-hole span, then reeled off five straight birdies to start the back nine en route to an 8-under 64 on Friday at En-Joie Golf Club.

Glen Day, Bart Bryant and John Riegger were tied for second at 66 after the first round.

Since finishing second in April at the Mississippi Gulf Resort Classic, Dunlap's best showing was a tie for 17th at the Principal Charity Classic a month ago.

''I guess you never know,'' Dunlap said. ''In current form, today certainly wasn't in the cards. The golf course was kind of there for the taking a little bit.''

Gibby Gilbert III, Kevin Sutherland, Paul Goydos and Joe Durant were in a tie for fifth at 5 under. John Daly, Steve Lowery and Jay Haas were among nine players at 4 under.

Day ranks in the top 10 in driving accuracy on the Champions Tour, a big advantage on the narrow, tree-lined En-Joie layout.

''Obviously, here it helps great, and I did hit the driver good,'' Day said. ''I played well here in the past, in the old days. I'm very comfortable around the golf course. I see the golf course very well, so I'm excited about playing two more days.''

Day's round included six birdies and no bogeys as he hit the ball close to the pin all day. His closing birdie at 18 gave him a one-stroke lead until Dunlap's back-nine burst.

''But, you know, if you hit the fairways out here and you're putting half decent, you can really score low on it because the course is in great shape.''

At the Principal Charity Classic in June, Riegger was tied for second after an opening-round 67 but faltered to finish 14 shots behind winner Scott McCarron. That he was able to complete Friday's round and be near the top of the leaderboard again was an accomplishment in itself as he continues to suffer with a case of shingles.

''I may feel great tomorrow, I might not be able to play, I don't know,'' he said. ''I wasn't able to even tee it up at the Players Championship this year because of it, so I'll see. Go get worked on and see what happens.''

There won't be as much time as usual. A short but drenching rain shower soaked the course for less than 5 minutes in late afternoon on Friday. Because of the threat of storms on Saturday, the first groups will go off the 1st and 10th tees starting at 7:45 a.m. The leaders will tee off at 9:40 a.m.