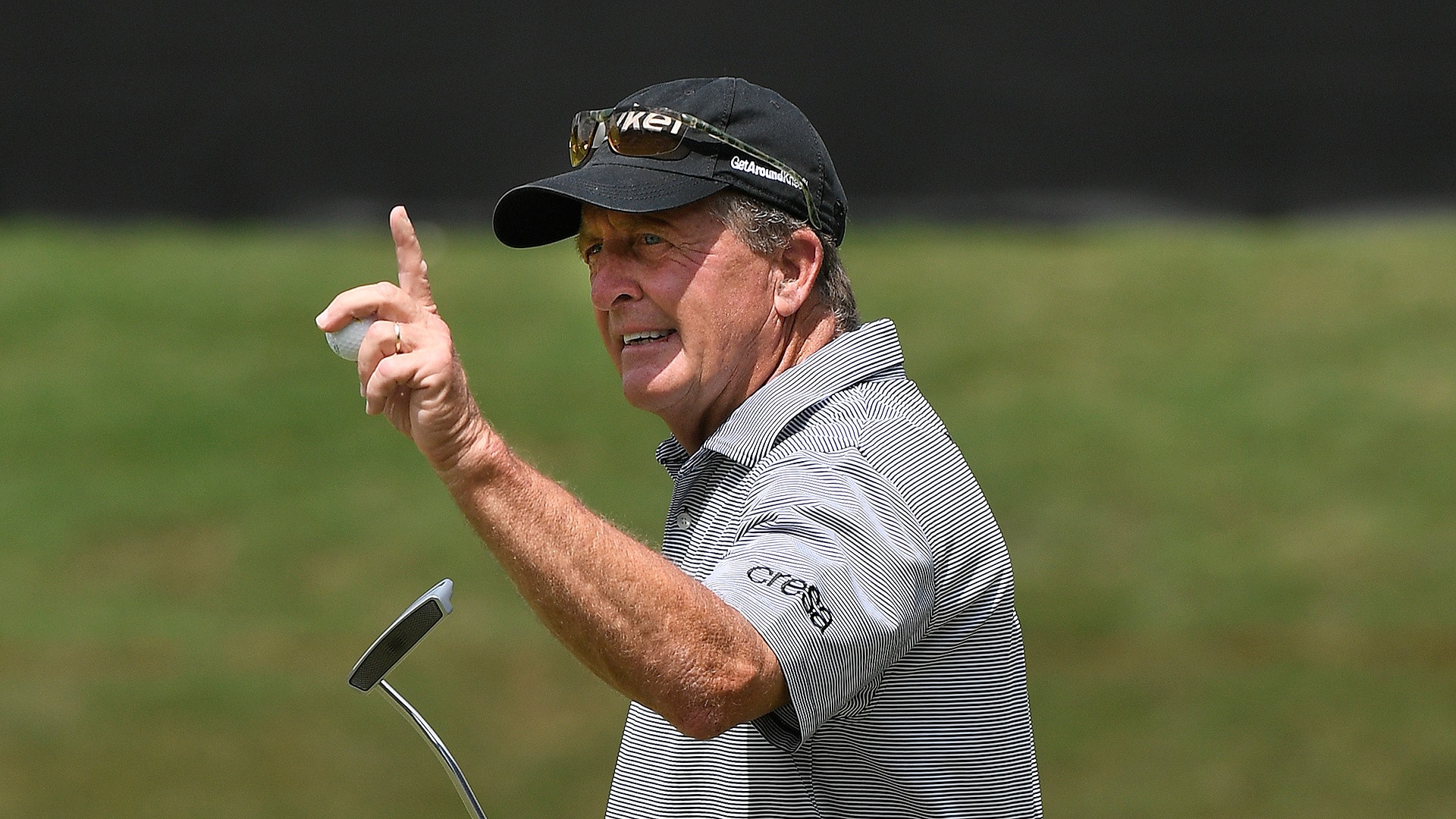 BIRMINGHAM, Ala. - Fred Funk shot a 7-under 65 on Friday to take the second-round lead in the Regions Tradition.

The 60-year-old Funk, seeking his first PGA Tour Champions individual title since 2012, had a one-stroke lead over Scott Parel in the first of the 50-and-over circuit's five majors.

Funk birdied three of the five par 3s at Greystone, the last on No. 17, and finished at 12-under 132. That followed a string of three birdies that ended at No. 14, and set up a third-round pairing for the two friends.

''The irony is Scott and I have become really good buddies and I've never played with him yet,'' Funk said after his lowest round of the season. ''I was just thinking, 'Boy, it would be nice to play with him in the last round, last group.' I've got him, so that works out really good.

Parel gained entry after Fred Couples withdrew late last week. He made a long putt to save par on No. 18, extending his bogey-free streak to 32 holes.

''I had a great pairing, twosomes, set your own pace,'' he said. ''Greens are fresh. That's about right where you want to be.''

The third round Saturday will have a two-tee start because of expected bad weather.

Scott McCarron, part of a four-way tie for the first-round lead, was three shots back after a 70. He three-putted the final hole for par.

''I had 45 feet just coming down the hill and almost made it,'' McCarron said. ''I thought I made it, but the ball just rolled out about six feet past actually and then (I) missed the next come-backer. The breeze is coming back in your face so it's a tough drive, and with that hole location being on the front of the green, it's tough to get it close.''

He had his second eagle of the week on the par-5 13th.

Funk had an up-and-down week in preparation for the major. He said he had eight birdies and no bogeys Monday and two days later ''played horrible'' in a pro-am.

''I was really bad,'' Funk said. ''My whole body shut down. I couldn't swing. No matter what I did, my body wouldn't let me do what I wanted to do. And I got about 10 hours sleep that night and got worked on a little bit and I've been fighting. My back's been getting really tight. I felt a lot better (Thursday) and I felt good today, so hopefully it will hold out.''

Perry, the 2014 winner, had a bogey on the final hole that could have been worse. He had to take a drop after his second shot went into the hazard. Perry was grateful that he was warned against his initial spot ''because somebody would have called in, 'Hey, that guy just had an illegal drop.'''

Defending champion Bernhard Langer was five shots back after his second straight 69. Insperity Invitational winner John Daly was 2 under after a pair of 71s. 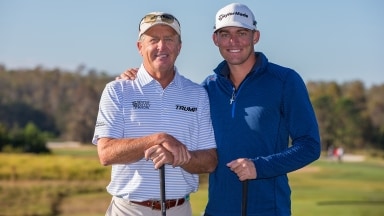