GLADSTONE, N.J. – The Sybase Match Play Classic hasn’t started, but the advantage already belongs the long hitters on the LPGA.

Top-seeded Na Yeon Choi of South Korea drew Catriona Matthew of Scotland, the No. 39 seed, in the $1.5 million event.

“I just hope I play better than last year,” said Choi, who lost in the opening round.

Not all the top seeds were lucky in the draw, though.

Third-seeded Cristie Kerr was not in the press center and was paired against fellow American Amanda Blumenherst, the No. 48 seed. Kerr showed up minutes later and asked to make her own selection. It was denied.

No. 4 seed Yani Tseng of Chinese Taipei, the LPGA’s leading money winner this year and the No. 1 player in the world, had the best draw, getting a match with No. 63 seeded Marcy Hart.

The course, though, is going to be a test due to the soggy conditions limiting the distance that the ball will roll. Long-hitting Brittany Lincicome practiced on Tuesday and was wary about the course.

“It’s definitely going to be on the long-hitters’ side,” she said. “I played nine holes this morning and with just the little rain we had this morning, No. 18, I could not get to the other side of the water and had to lay up short of the water. It was just a lot of longer irons into the greens than what we are used to.”

Lincicome then smiled and said a player never knows what they will get from match play.

“If you are not on top of your game every day you’re not going to keep going,” she said. “Or you play (lousy) and it depends on what happens that day. In match play, you never know.”

Several friends were paired in opening-day matches. Australian Karrie Webb (No. 23) and Sarah Kemp (No. 50) were paired, and rookie Belen Mozo (No. 64), who was given a sponsor’s exemption, drew fellow Spaniard Azahara Munoz (No. 30), last year’s rookie of the year.

No. 5 Suzann Pettersen drew No. 49 Natalie Gulbis, No. 9 Michelle Wie will play No. 38 Beatriz Recari of Spain, No. 10 Paula Creamer is paired against No. 57 Aree Song of South Korea, and defending champion Sun Young Yoo of South Korea will play No. 54 Grace Park. Yoo is No. 16.

Single rounds will be played on Thursday and Friday with double rounds on Saturday and Sunday. 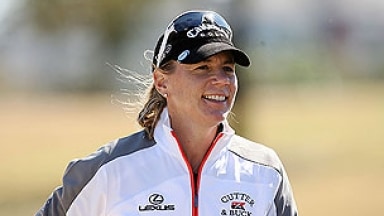 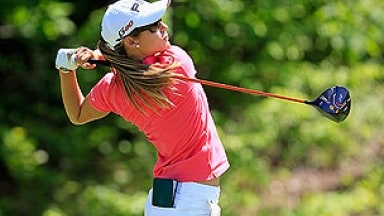 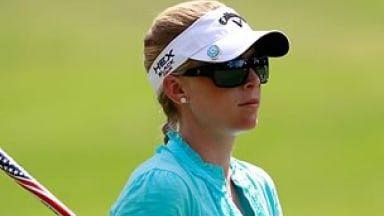