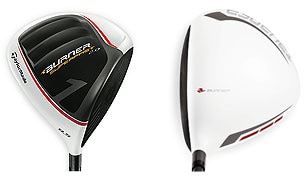 TaylorMade engineers say they pulled out all the stops when they created the latest versions of the Burner Superfast driver – the 2.0.

For starters, they made this black-and-white bomber the lightest driver (279 grams) in company history in an effort to enable golfers to swing the clubs faster for greater distance. Technicians say they managed that weight reduction by employing an ultra-light, 48-gram Matrix Ozik Xcon shaft and a Winn Lite grip that tips the scales at only 25 grams. At the same time, they claim they have improved overall club head aerodynamics, resulting in a driver that is five yards longer than the original Burner Superfast, which was introduced in 2010.

TaylorMade club makers also looked to enhance all-important center of gravity in the 2.0 through the deployment of a low-riding sole and sloping crown. The thinking behind those developments is to ensure that drives are launched higher with less spin. Company engineers also sought to improve forgiveness by giving the 2.0 the largest clubface of any TaylorMade driver as well as one that boasts the deepest face/address footprint combination.

The bigger face, 4,550 square millimeters in size, provides more area with which to strike the ball. And that is especially important given that this Burner Superfast is slightly longer, at 46.5 inches, than conventional drivers, which can make it more challenging for recreational golfers to make square impact consistently. As for the deeper face, that is designed to provide more area for impact above the center of the face, which promotes higher launch angle and lower spin for better length off the tee.

In addition, the high-MOI (for moment of inertia) 2.0 titanium club head utilizes TaylorMade’s inverted cone technology to expand the area of the clubface that delivers high ball speed and allow golfers to get good distance from their drives even when they miss the center of the clubface.

The Superfast 2.0 features a stylish, spats-like appearance with a matte white crown and a black PVD clubface and sole. The main function of the color contrast is to make alignment easier and more consistent.

While releasing the 2.0, TaylorMade made sure it did not forget what it calls the “discerning player” by also coming out with the Burner Superfast 2.0 TP driver. It differs from the standard model in four critical ways by featuring a more compact address footprint as well as a single weight port on the toe, a slightly open clubface angle and a 65-gram Matrix Ozik HD 6 shaft and 43-gram Tour Velvet Light grip. The club’s aerodynamic club head shape encourages a faster swing speed, they add, while the open face and toe weight allows it to be swing-weighted differently for a more neutral bias. 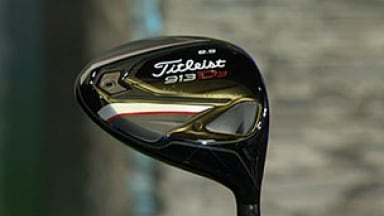 All this week, Golf Digest's equipment experts will be stopping by Morning Drive to answer your questions and take you behind the scenes of the annual Hot List issue.