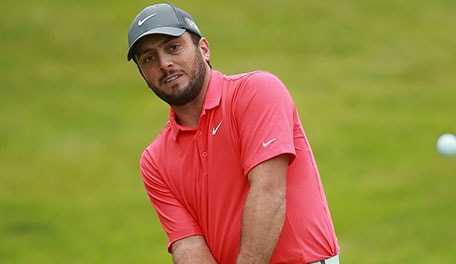 This week the European Tour heads to France for the Alstom Open de France. Each week, a panel of experts will offer up their picks from four groups of players, based on Golf Channel's fantasy game, Fantasy Challenge. We will also keep track of their scores and standings. The panel includes: senior writers Rex Hoggard and Randall Mell; editorial director Jay Coffin; associate editor Will Gray; 'Morning Drive' host Gary Williams; host Charlie Rymer and defending fantasy champion Ryan Lavner.

Group 1: Francesco Molinari: The Italian has been playing some stellar golf for nearly two months, and he tends to thrive on difficult layouts like Le Golf National.

Group 2: Soren Kjeldsen: Kjeldsen hasn't lost a step since his breakthrough win at Royal County Down, and he has cracked the top 20 each of the last three years at this event.

Group 3: Maximilian Kieffer: The German continues to put up solid results, with another top-30 finish last week in Germany, his fourth such result in a row.

Group 4: Victor Riu: The Frenchman was a surprise contender at this event a year ago, finishing eighth, and he finished T-29 last week at the BMW International Open.

Group 1: Danny Willett. The Englishman’s recent tie for sixth at the Irish Open provides a good snapshot of the state of his game and he plays his best golf at this time of year.

Group 2: Graeme McDowell: Although G-Mac has struggled this season, he’s won the last two French Opens and will be inspired by the looming Ryder Cup (2018) that will be played at Le Golf National.

Group 3: Matthew Fitzpatrick: The former U.S. Amateur champion has top-10 finishes in two of his last three starts on the European Tour.

Group 4: Chris Paisley: Although he came up short last week at the BMW International Open (third), he hasn’t missed a cut since March.