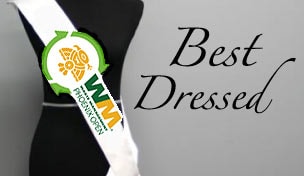 Getty Images
JOHANNESBURG, SOUTH AFRICA - JANUARY 09: Danny Willett of England chips onto the 15th green during the second round of the Joburg Open at Royal Johannesburg and Kensington Golf Club on January 9, 2009 in Johannesburg, South Africa. (Photo by Richard Heathcote/Getty Images)  -

The 2012 Phoenix Open proved yet again that there's never a dull moment in the Senoran Desert where Kyle Stanley pulled off a bounce-back win in impeccable fashion.

Kyle Stanley: One week ago Kyle Stanley blew a seven-shot lead Sunday at Torrey Pines and with a triple-bogey 8 on the final hole, was forced into a playoff he eventually lost to Brandt Snedeker. Talk about gut-wrenching. Talk about defeat. You wouldn’t have known it watching him in the final round of the Phoenix Open where he posted a bogey-free 65 to overcome an eight-shot deficit and secure his first PGA Tour victory. From rags to riches, this guy has gumption and perseverance and he looks good in the winner’s circle.

Ben Crane: For a while there on Sunday it looked as if Ben Crane might backdoor into his fifth PGA Tour victory. Spencer Levin was collapsing while Kyle Stanley was rising, but we were never certain where to hang our hats. Crane fired a 66 Sunday to finish in solo second one shot back, but he didn’t wait until Day 4 to create commotion. Crane makes this week’s list because of his shenanigans Saturday alongside playing partner Bubba Watson at the infamously rowdy par-3 16th. When the two reached the 16th, they took center stage with a rendition of their Golf Boys single “Oh, Oh, Oh.” Why have a completely enclosed coliseum with 20,000 fans watching and only hit golf shots? A very stylish move by Ben and Bubba.

Mark Wilson: Mark Wilson won the Humana Challenge two weeks ago and in his Phoenix Open title defense, he shot rounds of 70-69-74-64 to finish T-19. He won two of his first three starts in 2011 and is swinging for the fences early again in 2012. In his last five years playing Scottsdale, he’s finished outside of the top 20 only one time. In his hot purple and cool gray, Wilson shows us why TPC Scottsdale may be the Land of the Rising 'Son.