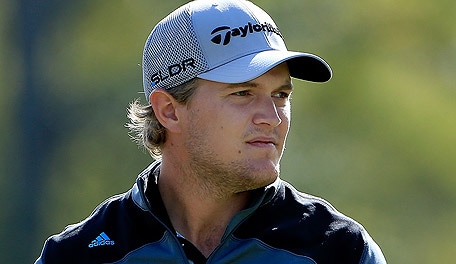 Playing in a PGA Tour event for the first time, Cappelen fired a 7-under 65 in the opening round of the Sanderson Farms Championship. After a bogey on his opening hole, Cappelen birdied eight of his next 15 to build a two-shot lead over a group that includes McGladrey Classic champion Robert Streb.

It's an amazing position for the Dane, considering that he was finishing up his college career just five months ago.

Cappelen, who won the SEC individual title in 2013 while at Arkansas, turned pro following the NCAA Championships this summer and immediately headed to a Monday qualifier at the Air Capital Classic on the Web.com Tour. He made the field after surviving a 7-for-3 playoff, but he didn't stop there: Cappelen carded four straight rounds of 66 or better en route to a one-shot win, the first on the circuit for a player from Denmark.

The victory quickly vaulted the 24-year-old onto the professional landscape and guaranteed him status on the Web.com Tour through 2015. He was in contention to earn a PGA Tour card for this season, but Cappelen missed the cut at the season-ending WinCo Foods Portland Open and watched as Kyle Reifers edged him out by $1,463 for the 25th and final card.

After an unsuccessful trip through the Web.com Tour Finals, Cappelen is playing this week on a sponsor invite and making the most of his opportunity while many of the world's top-ranked players are in China for the WGC-HSBC Champions. Through one round, he's in position to make some history: The last player to win his first start on the PGA Tour was Jim Benepe, who won the 1988 Western Open. Russell Henley captured the 2013 Sony Open in his first start as a Tour rookie, but he had played in the 2010 and 2011 U.S. Opens.