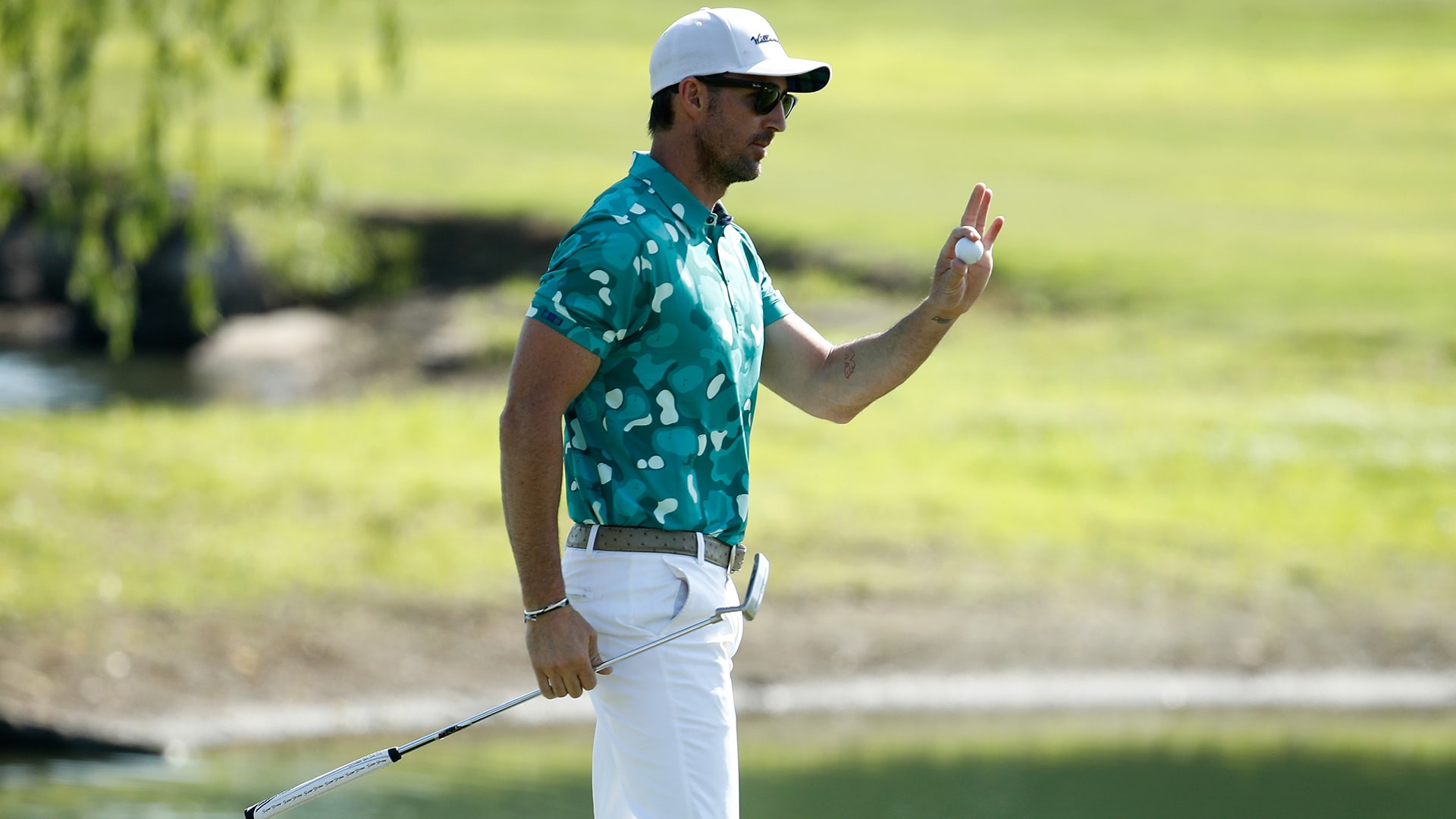 Country music star Jake Owen struggled in his Web.com Tour debut, shooting a 14-over 86 in the opening round of the Nashville Golf Open.

Owen, who played as a 1 handicap earlier this year while teaming with Jordan Spieth at the AT&T Pebble Beach Pro-Am, put three balls out of bounds over his first nine holes, including two en route to a quadruple-bogey 9 on the par-5 18th hole. After making the turn in 46, Owen came home in 40 without making a single birdie.

Owen is playing as an amateur on an unrestricted sponsor exemption, the same type used by NBA superstar Steph Curry on the Web.com Tour last year and by former NFL quarterback Tony Romo this year on the PGA Tour. Curry missed the cut after rounds of 74-74 at the Ellie Mae Classic, while Romo shot 77-82 at the Corales Punta Cana Resort & Club Championship.

Owen tallied nine pars, six bogeys, two doubles and a quad in his opener and was the only player from the morning wave who failed to break 80. The closest player to him in the standings was two-time major champ Angel Cabrera, who opened with a 79.

While Owen struggled against a field full of professionals, he took the setback in stride and even took to Twitter in the middle of his round to fire back at some of his online critics:

No prob Doug. I’m +11 now and tweeting during my round. I’m playing as hard as I can. I have 8 holes left if you want to come out and kiss my ass. https://t.co/UMeFWFKLVP