Drive, Chip & Putt: All the cool kids are doing it AUGUSTA, Ga. – In just its fourth year, the Drive, Chip and Putt National Finals has already created a legacy, which isn’t easy when you’re dealing with boys and girls ages 7-15.

Consider Maye Huang, the winner of the girls 7-9 division, first watched the Finals in 2014, the first year the competition was held. She recalled travelling to Augusta National with her family to watch her older brother, Treed, win the boys 7-9 division.

“I watched all of it three years ago when my brother was here,” smiled Haung, a fourth-grader from Katy, Texas. “Every year I tried to get into [the National Finals] after that.”

In a generational twist, Haung’s first trip to the National Finals motivated her brother to attempt to qualify again, further proof of the carry-on impact the event has produced.

“Everybody wants to do it now. Not many people ever imagined coming here but this is such a great opportunity,” said Sam Kodak, a seventh-grader from Naples, Fla., competing in the boys 12-13 division.

Kodak lost to Zachary Colon, who was one of eight champions on Sunday at Augusta National. Colon was joined in the winner’s circle by Carter Gaede (Boys 7-9), Liam Hartling (Boys 10-11) and Mason Quagliata (Boys 14-15).

How to become eligible for 2018 Drive, Chip and Putt

Lucy Yuan (Girls 10-11), Alexa Pano (Girls 12-13) and Savannah Grewal (Girls 14-15) rounded out the list of champions in the event, which includes closest to the pin contests in chipping and putting and a long-drive competition awarding cumulative points.

According to Augusta National officials, participation in the event nearly doubled from ’14 to ’15 and registration for this summer’s qualifying is already outpacing those signed up at this point last year.

“It gives them an unbelievable goal. Most people’s goal is just to get a ticket to get inside here. But to come here and compete like this, it’s fantastic,” said three-time Masters champion Nick Faldo.

Yuan, who is from San Diego, had the day’s most commanding performance, taking medalist honors in the driving and putting competitions and finishing fourth in the chipping competition, to win the girls 10-11 division by three points. 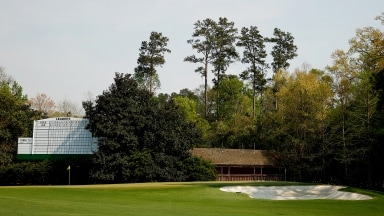 Augusta National's second nine will play a bit differently this year, with length addition to a couple of holes. 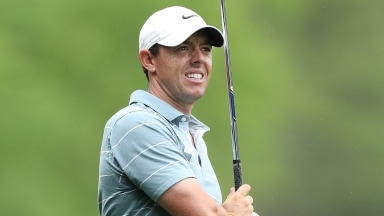 The minimal second cut at Augusta National is making a difference this week – at least according to Rory McIlroy.