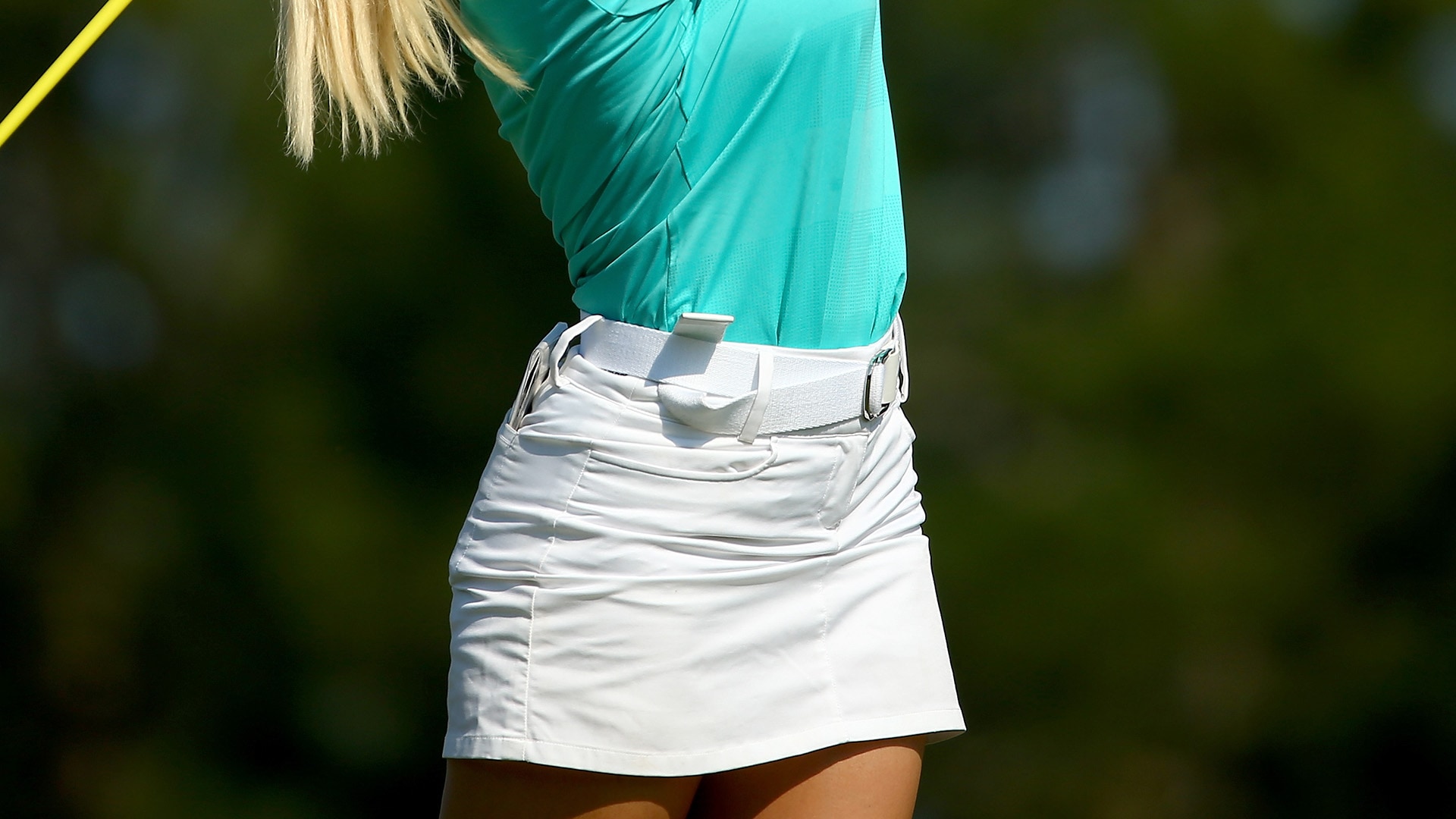 ‌• Skirts, skorts or shorts that do not sufficiently cover a player’s “bottom area”

‌• Racerbacks without a mock or regular collar

‌• Leggings, unless they are worn under a skort or shorts

Here’s a compilation of reactions, from inside and outside the game, reported in various media outlets:

“We should always focus on the talent and athleticism of our female sport stars as opposed to their appearance. Women and girls should wear what makes them feel comfortable when taking part in sport and should not be deterred by unnecessary dress codes."

“I may sound like an old fuddy-duddy, but this is our place of business and I think players should look professional. Do you really need ventilation for your side-boob? It's not going to make your score better.”

“As more and more pointless dress codes interfere with our daily lives, women are standing up for their right to wear what they want and not be slut-shamed. Apparently, the Ladies Professional Golf Association (LPGA) missed the memo about that.”

“It doesn't really affect me too much. I wear long pants and T-shirts, so for me it doesn't really matter, but maybe some of the other girls will pay a little more attention.”

“What has made this a particularly sensitive issue, though, is that it is often women who are targeted for wearing something too tight, too short or revealing. And because golf is already a sport under scrutiny for its conservative and old-fashion nature, the story only helps the critics who believe golf is hopelessly out of touch.”

“The only point I agree with is that there should not be low-cut tops, but I’ve never really seen that be an issue. I think racerbacks look great on women and I think short skirts have been around forever, especially in tennis, and I don’t think it’s hurt that sport at all, considering they play for the same prize money as the men. Our main objective is clear: play good golf. But part of being a woman, and especially a female-athlete, is looking attractive and sporty and fit, and that’s what women’s tennis does so well. Why shouldn’t we? I’ve talked to a few other players and, like me, they don’t agree with it, either.”

“It’s clear that the LPGA is working overtime to prove they are just as sexist as recent media reports suggest—taking its female athletes back to a time when it was acceptable to police women’s skirt length and neckline. The LPGA should be ashamed of itself.”