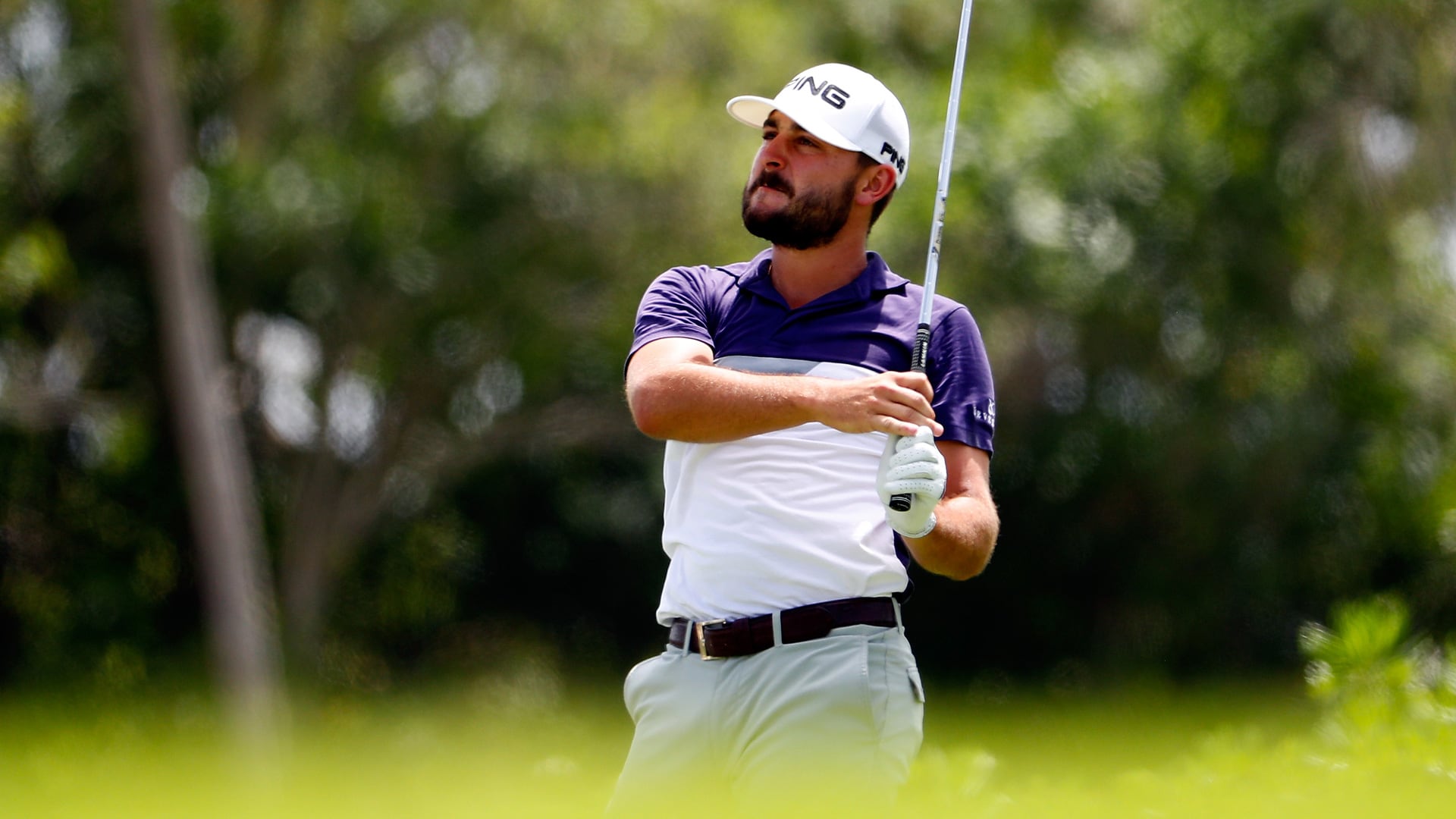 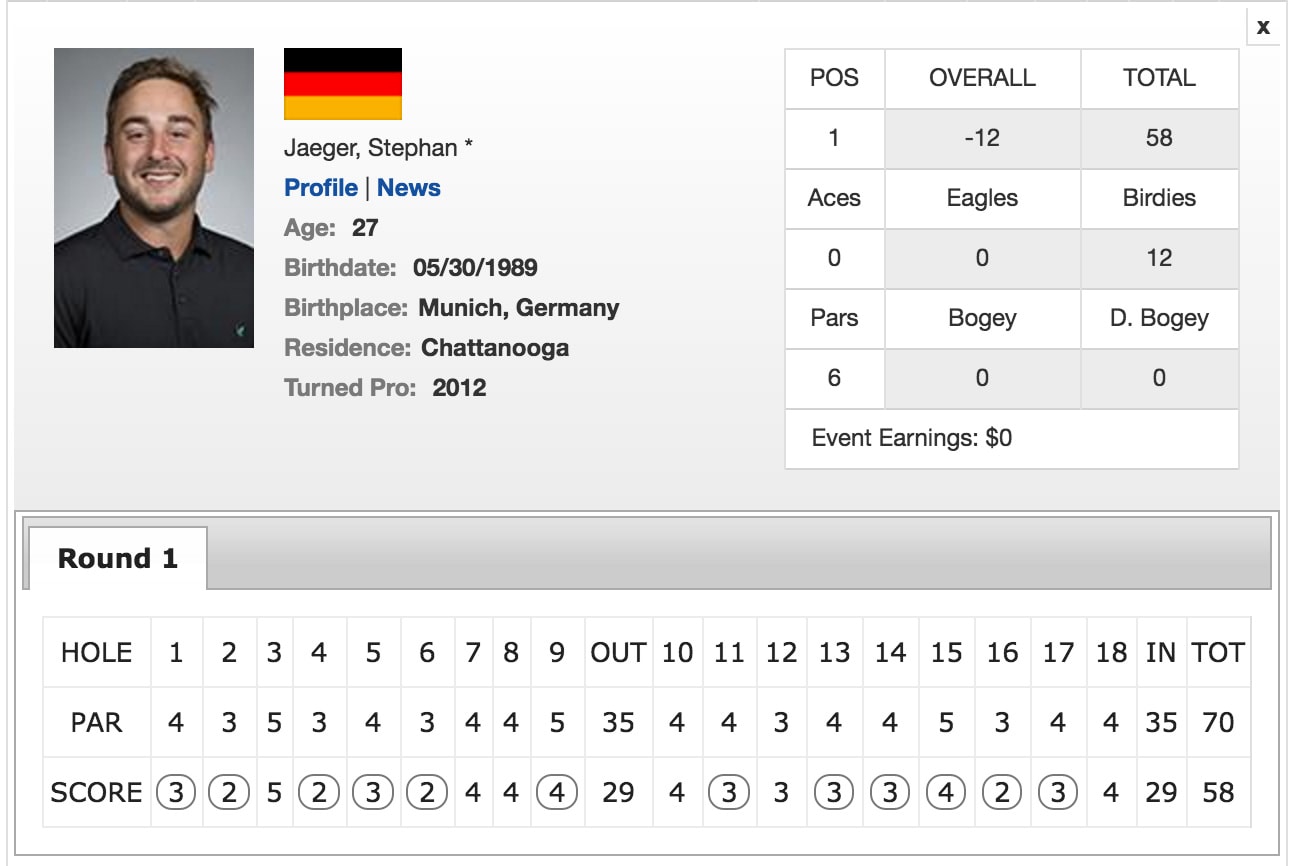 Stephan Jaeger made history Thursday at the Web.com Tour's Ellie Mae Classic, carding the first 58 in the circuit's history.

Jaeger made 12 birdies against six pars on the par-70 layout at TPC Stonebrae outside San Francisco. It marked the first 58 in a sanctioned event on the Web.com Tour, PGA Tour, European Tour or PGA Tour Champions.

Jaeger began his round on the back nine, carding an outward 6-under 29 after five straight birdies on Nos. 13-17. He added five more birdies in a six-hole stretch from Nos. 1-6, then knocked in a 10-foot birdie putt on No. 9 for a piece of history.

Other examples of 58s in competition include Ryo Ishikawa on the Japan Tour in 2010, Shigeki Maruyama at a U.S. Open sectional qualifier in 2000 and Jason Bohn on the Canadian Tour in 2001.

Jaeger, 27, was born in Germany and played college golf alongside former U.S. Amateur champion Steven Fox at the University of Tennessee-Chattanooga. He entered the week ranked No. 958 in the world and is 102nd on the Web.com Tour money list, with only the top 25 on the final regular-season money list earning PGA Tour cards for the 2016-17 season.

Jaeger has missed the cut in each of his two career PGA Tour starts, including last year's U.S. Open at Chambers Bay. His best finish on the Web.com Tour is a tie for fourth at last year's El Bosque Mexico Championship.

While Jaeger's score was one of the best recorded in any professional event, it could have been even better. Jaeger missed three greens in regulation and also had a three-putt par on the par-5 third hole.

At 12 under, Jaeger leads the event by four shots over Josh Teater, Rhein Gibson and Xander Schauffele as he seeks the first professional win of his career.