Mickelson (69) bounces back after rocky start 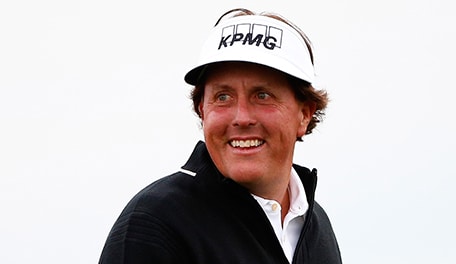 SCOTTSDALE, Ariz. – Three-time champion Phil Mickelson entered this week’s Waste Management Phoenix Open with plenty of confidence, but early in his first round it wasn’t showing on his scorecard.

He bogeyed his opening hole, then double-bogeyed four holes later. At an event where low scores can be posted, he was quickly 3 over and well off the pace.

“I felt like I was a little anxious starting the round, because I felt like my game was really where I wanted it to be,” he explained. “I feel like I'm driving the ball well and hitting some good shots. I came out and I just made a bunch of dumb mistakes and I'm 3 over.”

Mickelson turned things around just as quickly, though.

He birdied his final two holes of his opening nine – Nos. 17 and 18 – then put up three more in his second nine without another bogey, shooting 2-under 69 to remain in the mix after the first round.

“I made a birdie on 17 and followed with one on 18, and that really turned the round back around. I ended up playing the front 9 really solid with 3-under and hit a lot of good shots on some holes I made pars, as well, and feel much better. This was an important thing for me, because I'm in a position now if I get hot tomorrow I can get right back in it. If I end up shooting 1-over, 2-over, I end up having to get a hot round just to get in the middle of the pack, so this was a big round to get it to under par.” 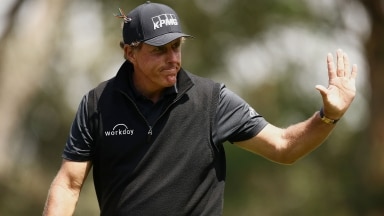 Why was Phil in the CBS booth on Saturday?

Phil Mickelson walked off the course Saturday and into the broadcast booth with CBS Sports to call the action alongside Jim Nantz and Nick Faldo. 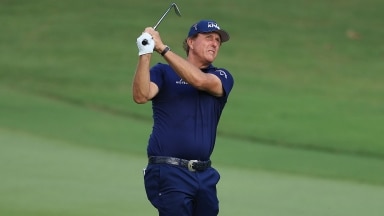 Phil looking for ‘hot round’ Saturday in Memphis

After Friday's round in Memphis, Phil Mickelson sits 8 shots back of the lead. But he believes with a "hot round," he can vault himself into contention to have a chance on Sunday. 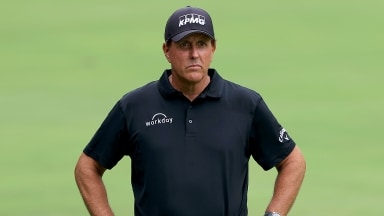 It's Phil, not your TV, pausing when he putts