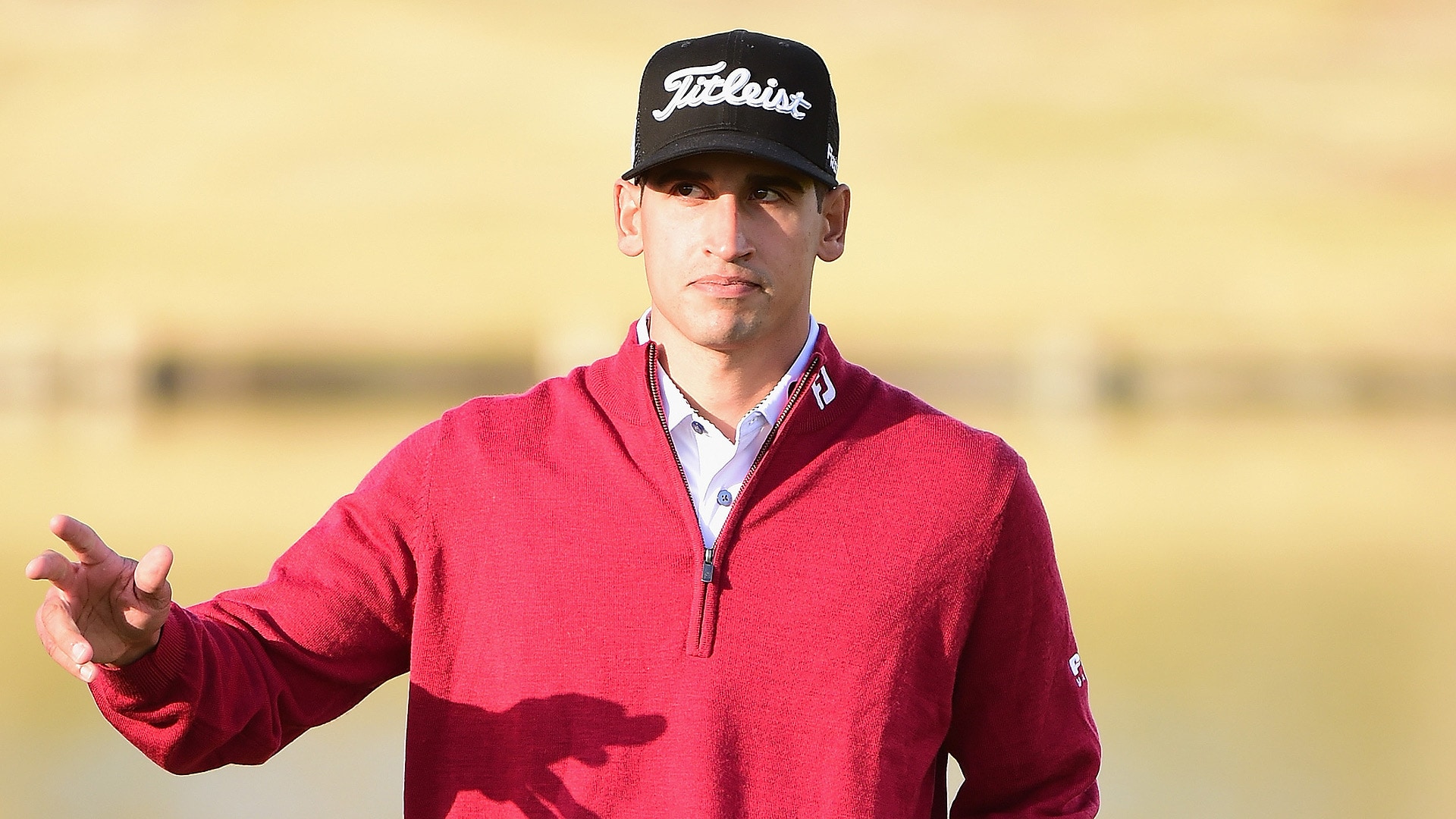 Rookie Dominic Bozzelli broke out of a logjam on Thursday, shooting an 8-under 64 to take a one-shot lead in the annual birdie-fest known as the CareerBuilder Challenge. Here's how things stand after 18 holes in the tournament that Bob Hope built:

What it means: Bozzelli, 25, played collegiately at Auburn after transferring there from the University of Central Florida. A native of Rochester, N.Y., he won once on the Web.com Tour last year and finished seventh on that tour's money list.

Round of the day: Bozzelli played at PGA West's Stadium Course, Pete Dye's Sawgrass sequel that was removed from the tournament rotation for more than 25 years because many pros deemed it unfair. Bozzelli obviously had no such qualms, making six birdies and an eagle-2 in a bogey-free round. The eagle came at the par-4 14th, where he holed out from 113 yards.

Best of the rest: We're going with Nick Watney's 5-under 67 at the Nicklaus Tournament Course. Watney made 10 birdies, but unfortunately he also made a triple bogey and a double bogey. The double came on his first hole, No. 10, but he recovered sufficiently to make the turn in 1 under. He caught fire on his second nine, making birdies on every hole except No. 2 (par) and No. 6 (triple). The triple came courtesy of an OB tee ball on the par 4.

Biggest disappointment: Yes, low scores are the norm in this tournament, but the Stadium Course can jump up and bite you, as former U.S. Open champion Webb Simpson found out. After an opening par, Simpson went bogey-bogey-bogey-double bogey. He steadied himself with two birdies, but his troubles returned on the back nine, where he made three more bogeys and three more birdies for a 3-over 75.

Shot of the day: Bozelli's hole-out for eagle-2 on the 389-yard 14th hole (his fifth of the day) on the Stadium Course.

Quote of the day: "Game is rusty, but body feels good. There's no better place to learn and get better than to come out here on these great golf courses and put it to the test." - Phil Mickelson, making his 2017 debut

Main storyline heading into Friday: The first round of the CareerBuilder is like the first mile of a marathon - the field isn't even close to sorting itself out yet. Thirty-two players are within four shots of Bozzelli's lead, including the biggest name in the field, Phil Mickelson, who shot a 68 at LaQuinta. 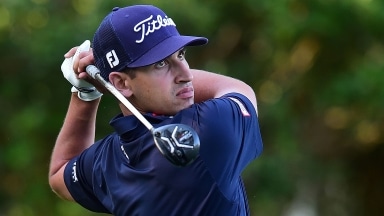 Golf is a game of inches, and Dominic Bozzelli learned that lesson the hard way Saturday at the Valero Texas Open. 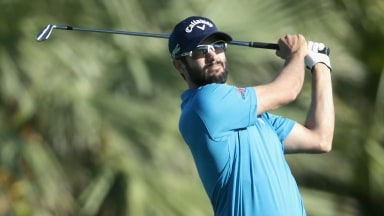 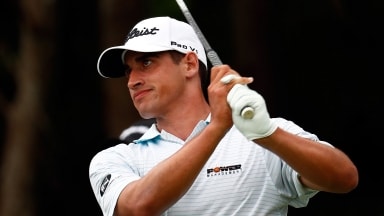