Spieth still looking for first win of the season 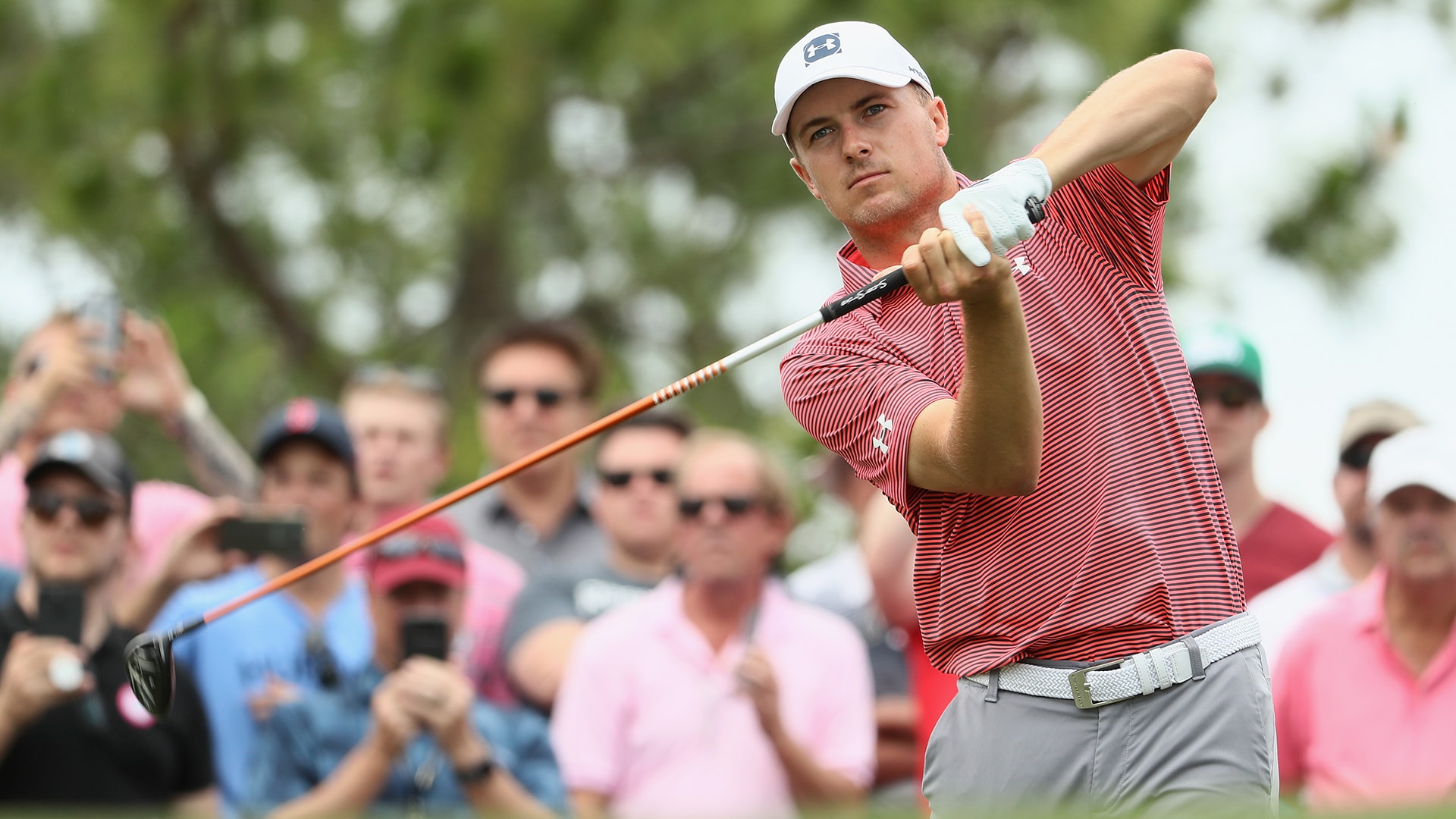 DALLAS – You can’t blame Jordan Spieth for feeling a bit of déjà vu.

It was at this tournament, albeit not this course, that Spieth arrived last year with his putter dragging as an anchor behind him. His work on the greens had become a point of frustration, and so it was with some surprise that he opted to ditch his trusty Scotty Cameron for a new model.

The change didn’t help, as Spieth missed the cut at last year’s AT&T Byron Nelson. He promptly switched back and enjoyed a torrid summer of success, highlighted by wins at the Travelers Championship and The Open.

Fast forward a year and switch the venue from TPC Las Colinas to Trinity Forest, and it’s a similar story. Spieth currently ranks second on Tour this season in strokes gained: tee-to-green and 18th in total strokes gained, but he’s an eye-popping 183rd in strokes gained: putting. Back in front of partisan crowds in his hometown event, he’s using last year as an example of how quickly things can change on the greens.

“As far as where the game feels, I feel a lot better right now than I did Tuesday of the Byron Nelson last year about the state of my game for the week,” Spieth said. “It does feel eerily similar to last year, and I can take last year as a big confidence boost forward to the rest of 2018.”

Granted, the wheels are not exactly coming off the Spieth wagon. He has six top-20 finishes in his last eight individual starts, highlighted by a third-place showing at the Masters when he nearly blew the roof off Augusta National during the final round.

But his win at Royal Birkdale 10 months ago remains his most recent worldwide victory, a stat which actually makes him the only player among the top 15 in the world without a victory since July. Having already bagged the AT&T Pebble Beach Pro-Am by this point last year, he’s hoping to get on the board during a busy stretch that includes spending the next two weeks in the Dallas metroplex.

“You feel like you have a little bit of freedom, house money kind of with the first win of the year. When you get that checked off, no matter what, you feel like it’s a successful year,” Spieth said. “I don’t have to win for it to feel like a successful year. I can put myself in position and in the major championships like I want to do, but that’s obviously ideal is to get one as soon as possible.”