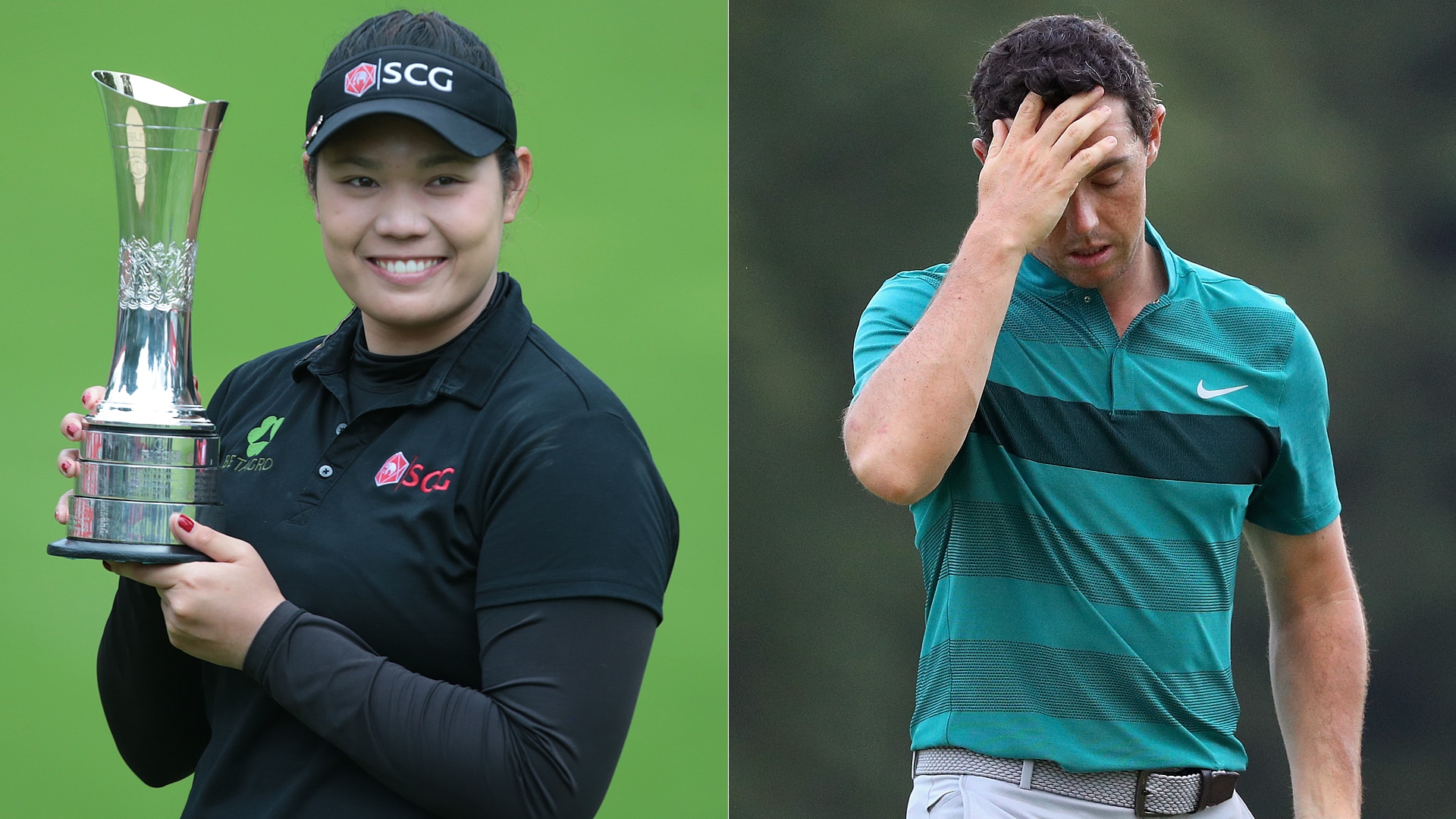 Jimmy Walker (+8%): Strutting around Baltusrol like a cowboy, he made just one bogey over his last 28 holes and barely resembled the guy who didn’t have a top-10 since March. Stiff-arming the world No. 1 down the stretch will give him loads of confidence going forward.

Ariya Jutanugarn (+6%): If you’re still not convinced that she will eventually overtake Lydia Ko as the No. 1 women’s player, consider that the 20-year-old should have five wins and two majors this season, after squandering the ANA Inspiration in early April. She is an absolute force.

Butch Harmon and Pete Cowen (+5): Together, the swing-coaches-to-the-stars have now completed the single-season Grand Slam, with two majors apiece. Why are they so good? Because they work just as much on their students’ heads as their swings.

Brooks Koepka (+4%): Nearly in tears before the tournament began, Koepka gutted out a fourth-place finish at the PGA, despite a heavily wrapped ankle that felt numb by Sunday night. With his Ryder Cup spot virtually secure, he’d be wise to take some time off before another important stretch of golf.

Stephan Jaeger (+2%): Doesn’t matter if you’re playing the Web.com Tour or the Pitch-and-Putt Championship – shooting 58 and 30 under par is eye-opening stuff.

DJ (-1%): He was gassed by the time the PGA arrived, after playing seven tournaments in nine weeks. A bummer, too, because the year’s final major represented a prime opportunity to nail down Player of the Year honors. Now, a showdown with Jason Day looms.

P-Reed (-2%): The wait continues for his breakthrough, after another weekend retreat at a major. A dozen chances, lots of good play … and zero top-10s to show for it.

U.S. Ryder Cup captain’s picks (-4%): Jim Furyk, the losingest player in U.S history, was mentioned seven times in the captain’s news conference … assistant Tiger Woods reportedly has already sent in his four names, even though there is still seven weeks to go … and Davis Love III said that one of the criteria for his picks is which wives will get along. Seriously.

PGA’s July date (-6%): If men’s golf is still in the Olympic rotation in 2020, the PGA must find another date for its major. Fatigued players. Weather issues. No buzz. Everyone looking ahead to the Games, playoffs and Ryder Cup. The least prestigious major sure felt like it at Baltusrol.

Rory’s putting (-7%): His woeful performance was the latest indication that he needs a putting coach or an exorcism. Perhaps both. Until he solves his issues on the greens, McIlroy’s chances of challenging Day for the No. 1 spot are slim.