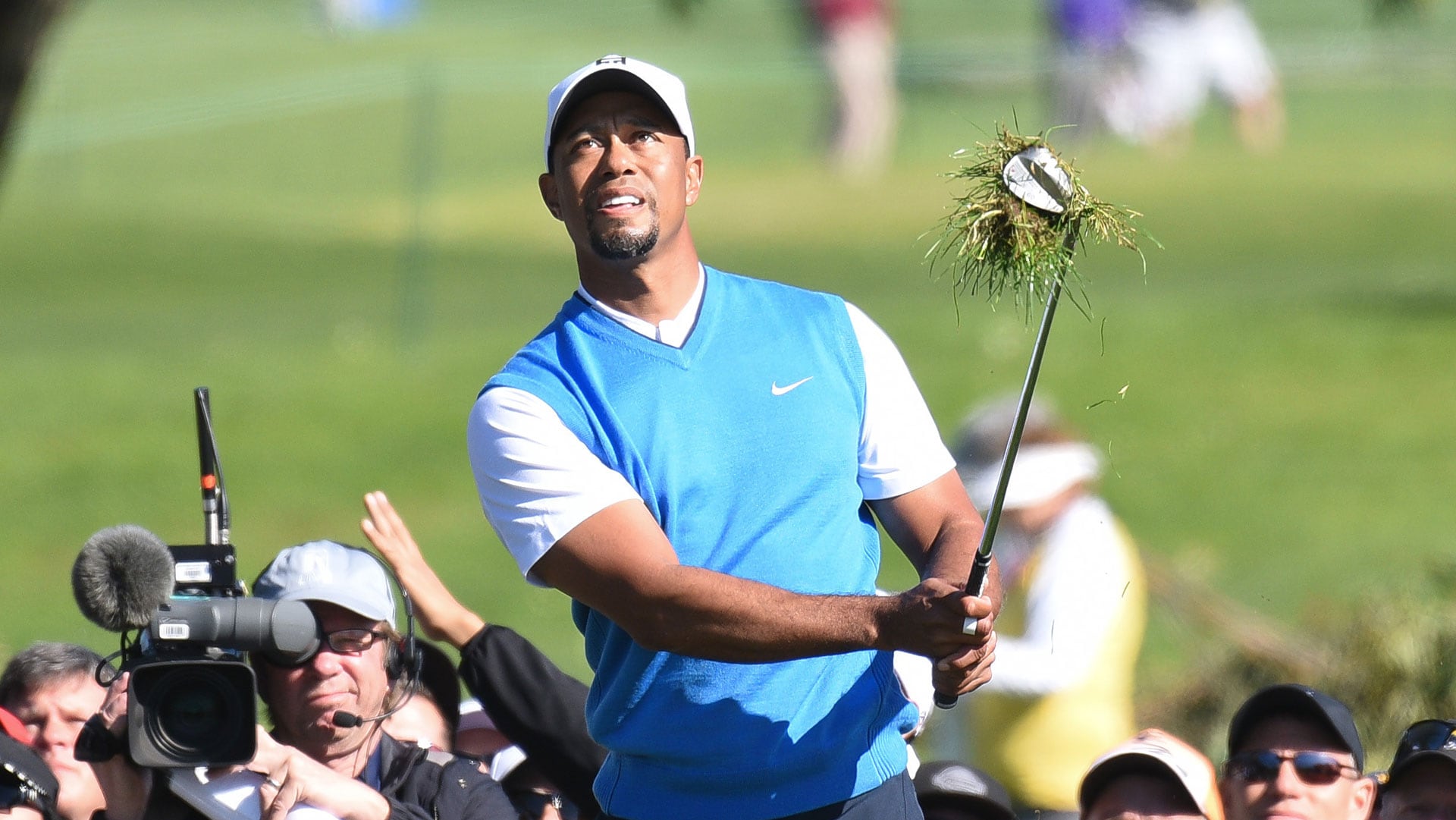 SAN DIEGO – Here are some things I think after Tiger Woods’ 4-over 76 during his return to PGA Tour golf Thursday at the Farmers Insurance Open:

• That bro hug with Jason Day on 1 tee? I haven’t even embraced ex-girlfriends like that. Clearly the bromance is alive and well.

• Those horrifying chip yips seem to be a thing of the not-so-distant past. Really, it was his short game that kept him from going out in 40. The flop shots from tall, juicy rough – the kind of stuff he can’t practice in his posh backyard – were a pleasant surprise, to be honest.

• I’m already missing the Bahamas, in more ways than one. I miss the fruity drinks, first and foremost, but I also miss the 50-yard fairways. Tiger found only four fairways on the South Course, and that was a huge problem Thursday.

• Tiger drilled a fan off the 13th tee. Like, smoked him. Left a mark on the kid’s neck. Surprised I couldn’t see the Bridgestone logo. The kid stood behind the ropes, greedily rubbing his hands together, expecting a signed goodie. Only problem: He never spoke up. Tiger didn’t know. At least he got to take an illegal photograph of Tiger hitting his second shot.

• Dustin Johnson deserves some kind of award for playing alongside Tiger and Day, whose pace of play can best be described as deliberate. Give the guy credit – there’s a circus going on all around him, and yet DJ just stands right up there and smokes it.

• Not gonna lie, I had a lot of great tweets today. But this was the best:

• Let’s all enjoy tomorrow, because the weekend is now a long shot. The 36-hole cut is usually around even or 1 under. For those of you who are mathematically challenged, that means Tiger has to put together a round in the upper-60s. A lot of things need to change for that to happen.