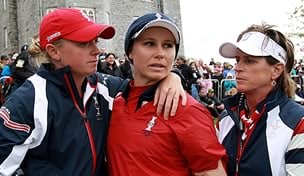 DUNSANY, Ireland – Ryann O'Toole ended the week unbeaten in her first Solheim Cup. She also left as the most disappointed.

The captain's pick that came into these matches playing poorly played well for two days while accumulating a 2-0-1 record. Late Sunday it looked like O'Toole's singles match with Caroline Hedwall would be vital to the outcome.

It was, and the pressure was too much to handle.

O'Toole was 2 up with two holes remaining and made consecutive bogeys to lose the full point. When Hedwall collected the half-point for Europe, it was enough to capture the Solheim Cup.

'Who she was this week, I knew that she could be that player,' Jones said. 'It was really fun to watch her come out here and be part of our team, this team, her team.'

'I am proud of those picks because they had a lot of pressure on them to come in as rookies and to give to this team. That's what they did,' Jones said. 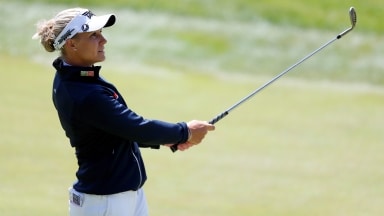 American Ryann O’Toole’s late charge Friday broke up a leaderboard that looked like a “Who’s Who” of South Korean women’s golf. 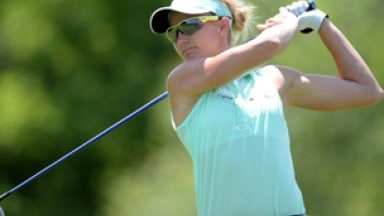 Fourth-year LPGA pro Ryann O'Toole believes this year's Women's U.S. Open could be 'big plus' for LPGA, or 'a disaster.' 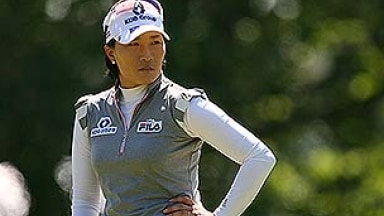 Back on the attack

Se Ri Pak is making the most of an early return to the LPGA, contending in the Wegmans LPGA Championship.