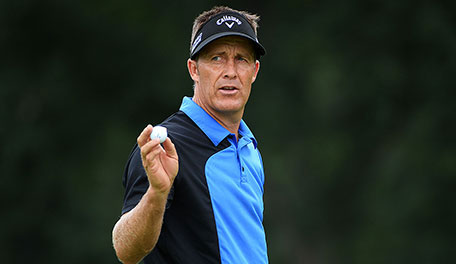 Stuart Appleby is not Robert Allenby.

Allenby - who, once again, is not Appleby - got into a heated argument with his caddie, Mick Middlemo, Thursday at the Canadian Open. Middlemo walked off the course after nine holes, and Allenby had a fan caddie for him for the rest of the round before turning in a 9-over 81 and withdrawing from the tournament. Ryan Lavner has all the details here.

Appleby, a fellow Australian with a somewhat similar last name, took to Twitter on Friday to clear up any confusion.

Let's get one thing straight, yesterday I did not play golf at all or fire my caddy after 9 holes. No confusion needed.

That said, a quick check of Appleby's mentions shows only one guy who appears legitimately confused. Granted, there's probably some subtweeting going on, or Appleby maybe has some notifications set up, or plenty of people later felt silly and deleted their misdirected sentiments, but this "Award winning BBQ Competitor" and "Licensed Land Surveyor" is the only guy we found tweeting him about the incident:

@StuartAppleby Yea, I make killer BBQ and also scratch Italian. I WANT TO BE UR CADDY. I know what u need. Im a master of measurements and..

@StuartAppleby ...and distances. Licensed Land Surveyor. Love data, topography and course study. I can help you WIN MORE!! Let's do it!!

Of course, this isn't the first time Appleby has had to deal with Allenby-related confusion. Appleby was also mistaken for Allenby earlier this year when the latter was involved in an incident in Hawaii, prompting the former to grow a beard.

Interesting observation of what I was doing in Hawaii. Spelling of name and my address correct. Big mistake FL Trend. pic.twitter.com/kVpbn2gcAJ

I've had to go Tom Hanks to shake this Appleby/Allenby confusion. It's not working yet pic.twitter.com/0lUUcucFJH 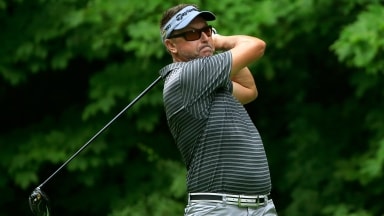 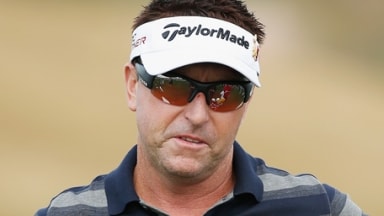