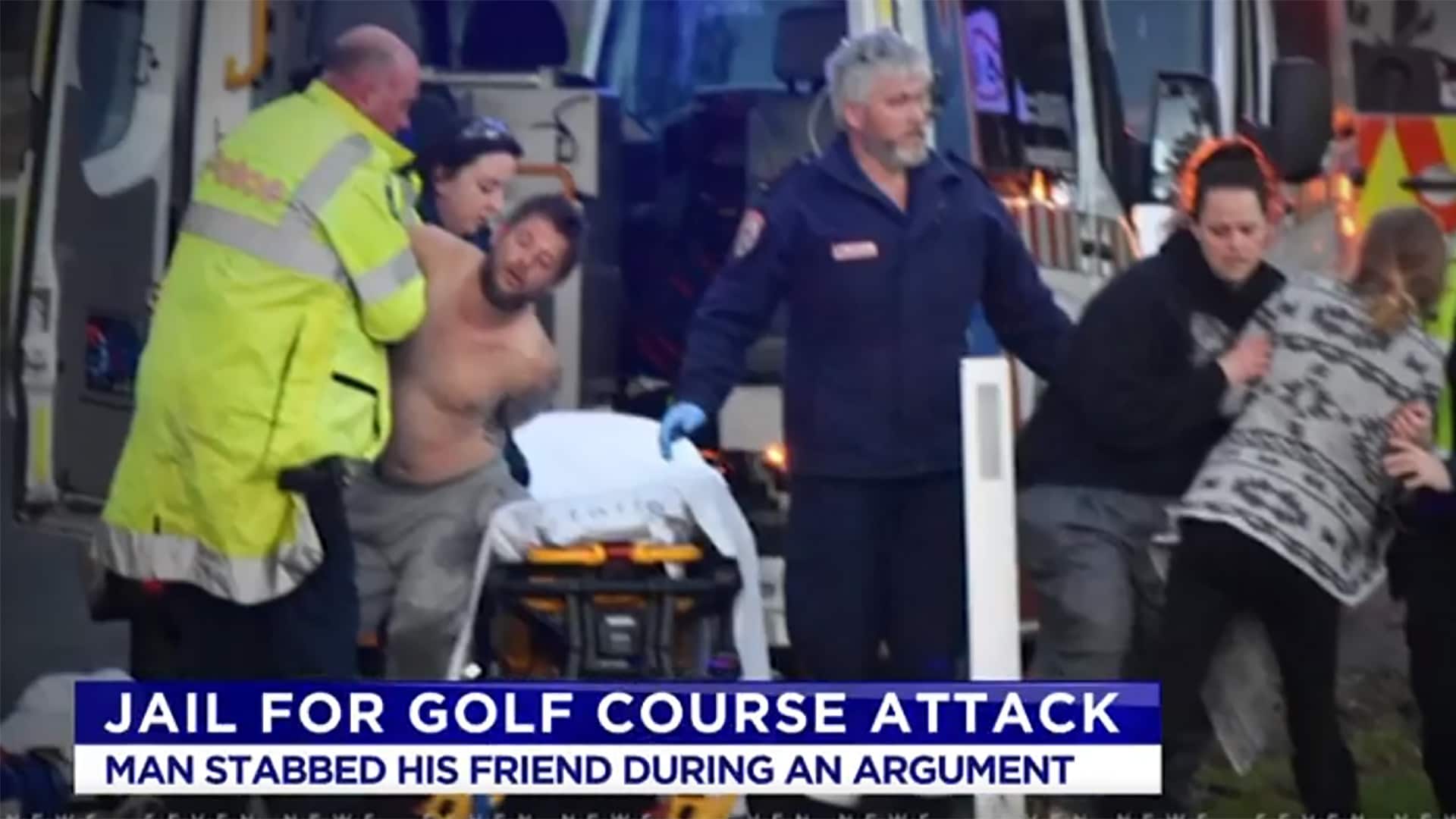 A man who stabbed his friend on a golf course in Broadford will spend at least 10 months in jail. #7News pic.twitter.com/7jIYOktSXa

While violence in golf is not unprecedented, it's still fairly shocking to hear about a confrontation escalating into a physical altercation.

But that's exactly what happened recently in Australia, and it led to one man being sentenced to serve jail time on Monday.

According to 7 News Melbourne, Matthew McKay, 31, was sentenced to 20 months in jail after stabbing his friend, Simon Mudd, in the thigh, causing a near-fatal amount of blood loss at Broadford Golf Course in August.

"He had lost almost three liters of blood and was minutes away from death," said County Court Judge Frank Gucciardo on Monday during sentencing.

McKay, Mudd, and another friend spent the morning drinking and watching a boxing match before heading out to the golf course, where McKay was observed "damaging the greens, scratching one with a flag and stomping golf balls into another."

When his friends complained about his etiquette, or lack thereof, McKay left the course, returned with a knife and attacked Mudd.

The victim, who sustained permanent nerve damage to his leg, was airlifted to hospital to undergo emergency surgery and a major blood transfusion to treat his wounds.

"Mr. Mudd was your best friend," Judge Gucciardo said. "He considered you his brother in effect and he's bewildered and saddened that he could be so hurt and damaged by someone he'd known all his life."

McKay, who was charged with a similar stabbing incident in 2009, was ordered to serve at least 10 months before being eligible for parole.