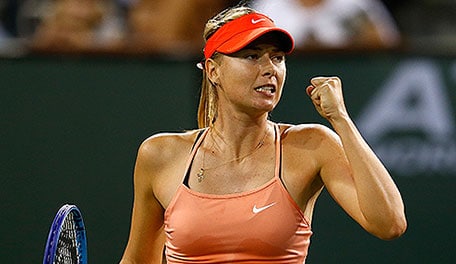 There's a long history of mixing golf and tennis in the professional ranks. Whether it is preparing for one sport by playing the other, the greats of this generation becoming fast friends, or building high-profile relationships that eventually soured. Heck, Tour pros often play a mini version of tennis to pass the downtime at golf tournaments. Freddie Jacobsen once even stopped by the Grill Room to show us how it's done.

So it's no surprise that Maria Sharapova, the five-time women's major champion, has a newfound interest in golf. That doesn't make it any less of a welcome sight. She took to Twitter to show off her very first golf lesson, and dudes everywhere are suddenly rethinking their dream foursome.

My first golf lesson. Hopefully not my last pic.twitter.com/xhKMYplMnv

And because we're good people, here's what else Sharapova is up to on social media. That follow button isn't going to click itself.

There are certainly worse ways to grow the game.