Sergio and Friends hanging in Switzerland for charity 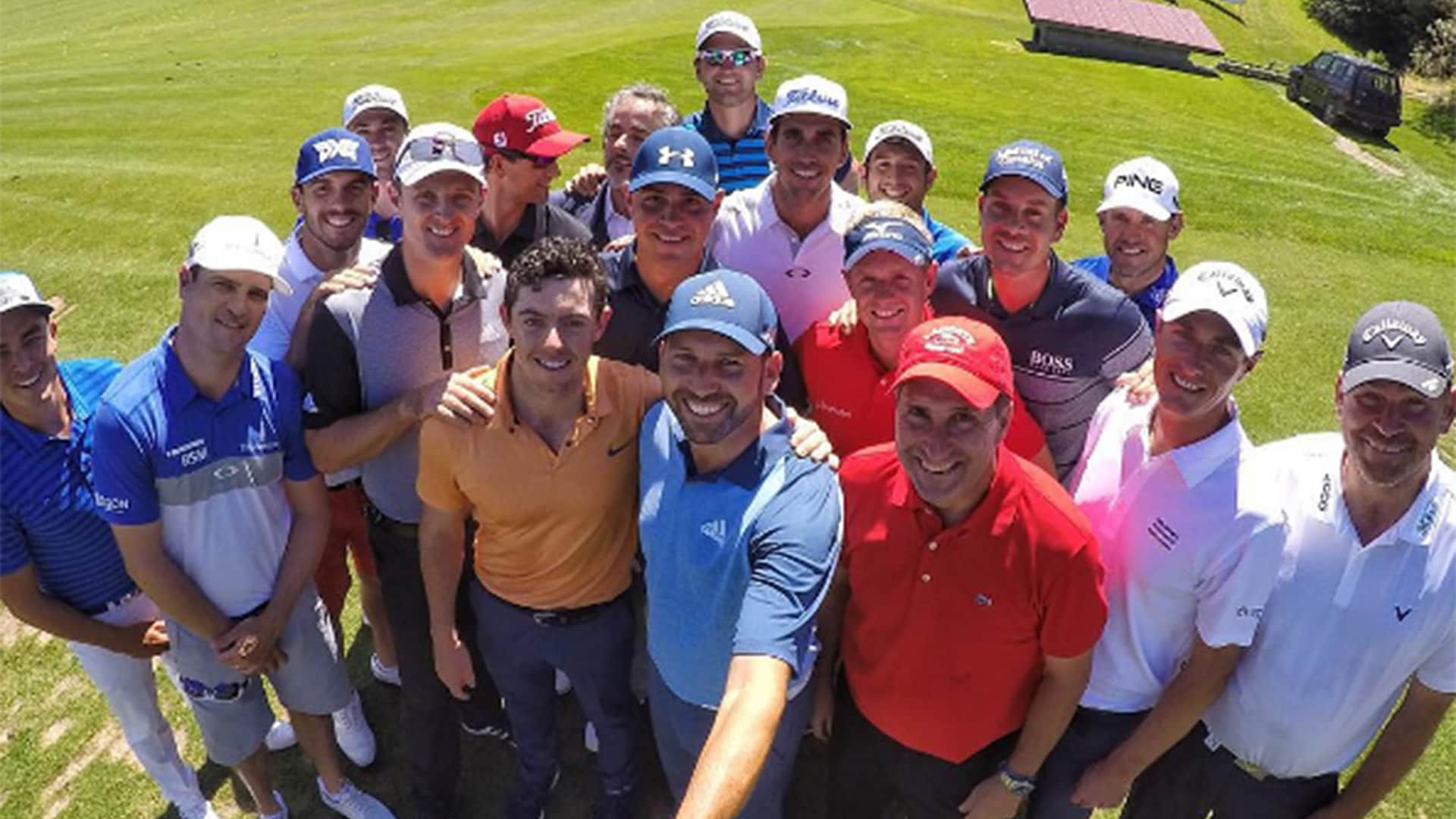 There's not much in this life better than meeting up with your friends to play golf, especially if it's benefiting a good cause.

Pretty decent company if you can get it. In fact, several of the players were joking there should have been world ranking points handed out at the event.

The star-studded line-up played golf, took part in some sort of cooking show hosted by Feherty and attended a dinner where Kenny G. performed at Bad Ragaz Grand Resort in Eastern Switzerland.

Sergio and Friends benefited the Sergio Garcia Foundation, which partnered with the European Tour to host this year's Spanish Open and is donating the funds raised to the Asociacion Espanola Contra el Cancer, according to the Daily Mail.

Here's the best photos and videos of the event floating around on social media:

Why we're all here. #SquadGoals #SergioAndFriends

#SergioAndFriends Some of the best golfers in the world are in Switzerland today supporting the Sérgio Garcia Foundation. This should be fun. #GoProGolf

What can I say! I go to some amazing places in this world! Truly am lucky! #lovemylife #veryforunate @pxg

Kind of falling in love with the Swiss Alps...stunning views! pic.twitter.com/zQi9VIOIk5