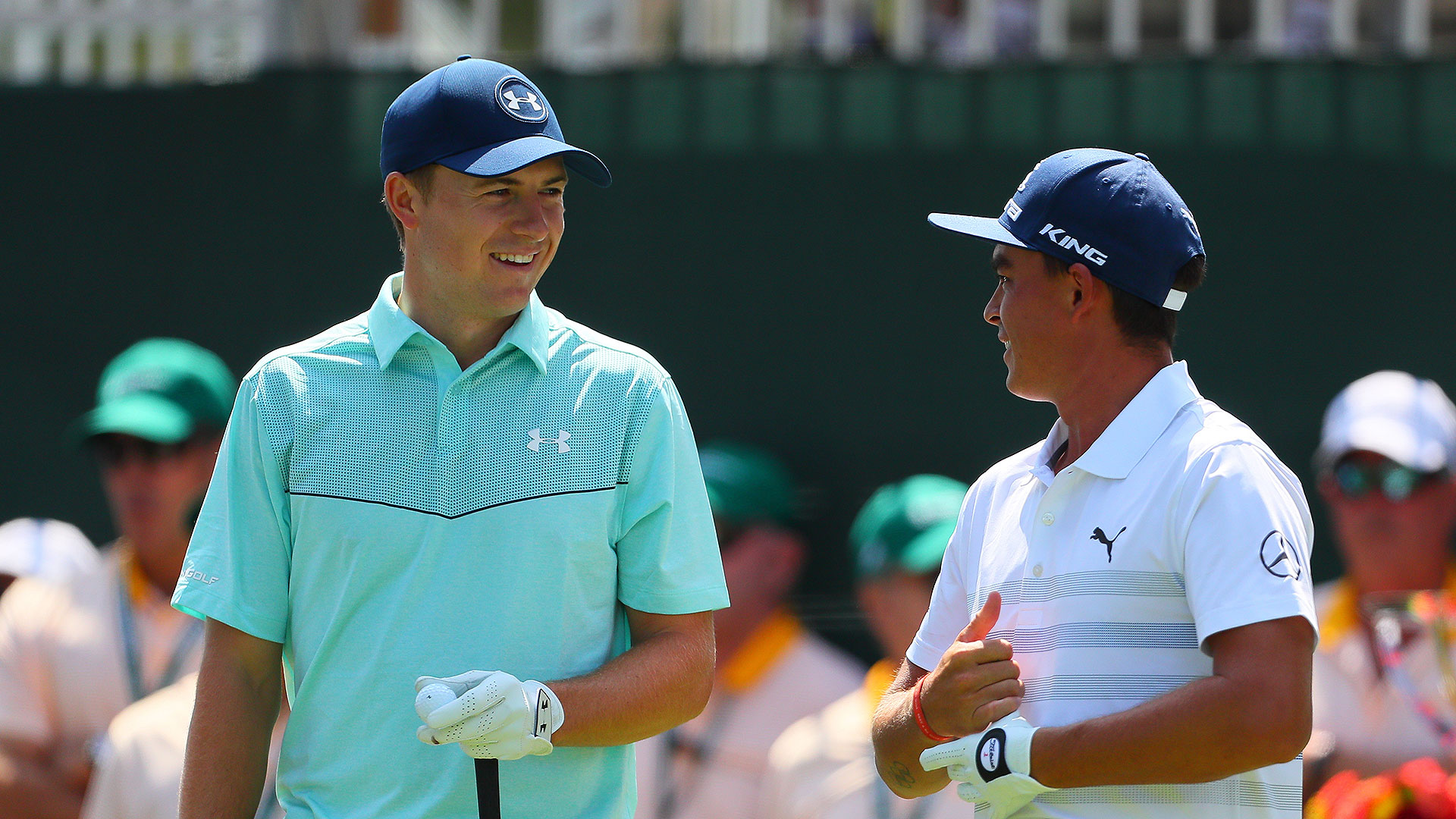 One of @RickieFowler's biggest fans interrupts his winner's interview to congratulate him.pic.twitter.com/fEXJ7pvvbY

Rickie Fowler is always the first one there to congratulate his friends when they win a big event.

On Sunday at the Hero World Challenge, Jordan Spieth returned the favor.

While it wasn't a major, Spieth was so excited about Fowler's final-round 61 at Tiger Woods' event in the Bahamas that he just had to give him props right away, even if it meant interrupting a TV interview.