The Social: Is the WMPO out of control? It's all relative 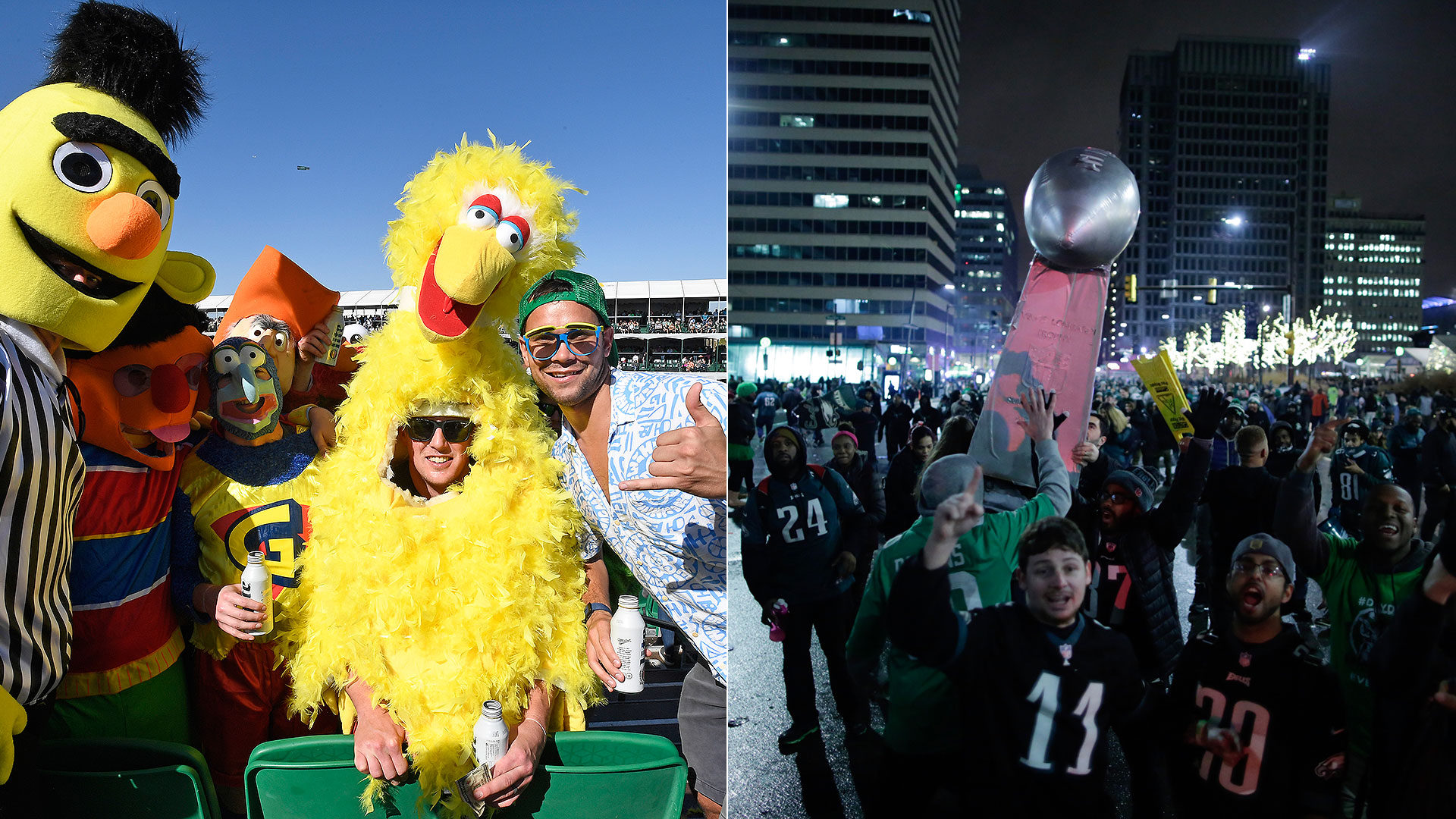 The party known as the Waste Management Phoenix Open rages on (but not quite as much as Philadelphia's Super Bowl party), Super Bowl reaction on the PGA Tour and Jordan Spieth could teach Tom Brady a thing or two about catching a football.

Explaining the atmosphere of the 16th hole at the Waste Management Phoenix Open to someone who’s never been is tricky.

It is something you have to experience to fully appreciate. (Side note: If cramming into a makeshift stadium with 20,000 inebriated golf fans people isn’t your thing, you’re never going to appreciate it.)

But for better or worse, it really is a sight to behold. And nothing tells the tale of "The Biggest Party on the PGA Tour" better than these photos/videos of people showing up to the gates of TPC Scottsdale on Saturday starting at 4 a.m. and then racing to 16 to get a seat a full four hours before a golf shot is hit.

The first fans are already in line to get into the tournament! pic.twitter.com/9khAg6EqIC

More than 300 people in line. pic.twitter.com/6XGRCbbsan

Live look at the crowd at No. 16 already.

The first group won’t be here for 4 hours. pic.twitter.com/x09vzW2rDn

Saturday at 16 is officially underway. pic.twitter.com/kdfds3beYL

Like all nice things, though, someone will find a way to ruin it. Between the Wednesday streaker and some players beginning to complain about the crowd getting too abusive, it's anyone's guess as to how long authorities let the debauchery continue down this path. The crazies seem to take it up a notch every year.

But for now, it's just one of those events where you can hang out and have an awesome time. And if you want to let the whole golf course know you had an awesome time like this guy in the video below, well that's your prerogative.

Somebody make sure this guy's not dead pic.twitter.com/qpMHAvaaon

The golf world’s reaction to the Philadelphia Eagles beating the New England Patriots in Super Bowl LII was relatively muted, but there was one exchange that stood out after the game.

Noted Patriots fan Keegan Bradley had a lot less to say Sunday than he did a year ago – funny how that works – but luckily for him, he has some buddies who were nice enough to check in on him and make sure everything was alright.

One of those friends, fellow Tour pro Colt Knost, was so concerned the 2011 PGA champ wasn’t answering his FaceTime calls that he doubled down, and posted a screenshot of his attempt to get in touch on Twitter.

Hey, what are friends for?

Bradley did eventually respond with a simple sad face emoji.

Straight and to the point. The Patriot way.

Spieth missed the cut and never really got much going last week in Phoenix, but he did get to catch a pass from Green Bay Packers quarterback Aaron Rodgers, and that’s got to count for something, right? Not everyday you get to play catch with a future first-ballot Hall of Famer.

Spieth and Rodgers played the Wednesday pro-am together and they hooked up for a beauty on the 16th hole.

As if there was any doubt, Rodgers delivered an absolute dime:

Perhaps he could give some tips on catching the ball to his friend Tom Brady the next time they tee it up together.

To keep things in perspective, Philadelphia Eagles fans out celebrating the team's historic Super Bowl win makes the scene at the Waste Management Phoenix Open look like a Wiggles concert.

Here's one of their milder antics, destroying the awning at a downtown Ritz-Carlton:

Watch #Eagles fans bring down the awning at the Ritz-Carlton after their historic #SBLII victory. pic.twitter.com/5P1vS4uqnS

The 16th hole at TPC Scottsdale gets all the hype, but the 17th hole provided the real highlights this week.

A couple of things that you rarely see on a golf course happened on back-to-back days on the driveable par-4 17th hole at the Waste Management Phoenix Open.

On Thursday, Ollie Schniederjans found the green with his drive and had a 74-foot look at eagle. He proceeded to putt his ball well past the hole, off the green and into the water.

The very next day in the second round, Robert Garrigus took a little more direct approach, nearly holing his drive for what would've should've been the second ace on a par-4 in PGA Tour history.

Take notes, Ollie. Hitting your ball in the hole in one shot is much easier than putting.

Justin Thomas had an up-and-down week in Phoenix that saw him briefly flirt with a chance to win the tournament … only to watch the whole thing blow up in his face over a three-hole stretch on the back nine on Saturday.

Last year's Player of the Year shot a third-round 71 that started with six straight birdies and ended with a bogey-triple-double stretch on Nos. 14-16.

But credit to him for keeping his head on straight.

The 24-year-old told reporters afterward the round that he was "shocked" and "speechless." And he was telling the truth. Shortly afterward, he followed up those quotes on Twitter with a popular meme.

Because when all else fails and you don't necessarily have the right words for the moment, you can always count on the internet to be there to sum up your feelings.

Tom just absolutely nailing this analysis of that Schniederjans putt.